As advanced technologies – such as electricity storage – reach commercial viability, entities looking to adopt and deploy the technology are challenged with creating a business case to justify their deployment. The challenge is two-fold. First, though the technology potentially might be a better solution, its cost could still be higher than the alternatives. Second, where the technology is being installed into a modern, flexible electricity grid that enables the technology to perform multiple applications, current modeling approaches might be unable to capture secondary benefits offered by the device. The challenges are driving integrators of storage to examine and re-examine how such technologies should be valued on the grid. 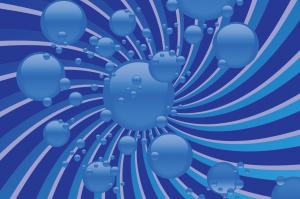 Traditionally, these distributed energy resources (DER) have been valued as single applications with narrowly defined attributes. Examples include rural installations where the generator provides reliability in place of a grid connection; backup generation for critical loads where traditional grid reliability and power quality are insufficient for some facility needs; or part of a top-down (state) or bottom up (customer) initiative to use renewable generation. In such cases, economic valuation could be a secondary driver compared to emissions or similar green drivers; or the economic valuation is dependent on tax incentive structures, such as feed-in tariffs or provisions for net metering.

Specifically for distributed storage technologies, cases traditionally have focused on using the devices at the distribution level to serve as part of the generation and power quality equation, or in niche applications where sub-transmission and distribution systems limit growth due to excessive cost of upgrades and where DER devices such as storage can be utilized as an alternative.

In such cases, valuing the devices and applications is a straightforward approach – when the operational profile is well defined, and potential savings can be easily calculated.

When grids are modernized and incorporate a wider portfolio of generation, advanced distributed energy resources that are able to perform multiple roles present a need to better understand and quantify all the benefit streams of the applications. Factors such as where the systems are being placed, to which group (end users, utility, or wholesale markets) the benefits accrue, and control strategies that define how the devices prioritize their activity on the system demand more versatile valuation techniques when determining the benefits of a DER technology. Some factors leading to these new needs are:

• Higher RPS goals lead to more distributed PV, in particular, and concentrated PV on distribution feeders can raise a variety of engineering and operational issues;

• Higher RPS goals in general lead to more variability in uncontrollable generation, and DER devices such as storage are seen as part of the solution;

• Increasing severe weather events force planners to examine the use of distributed energy resources to harden the grid and provide more resiliency to the system;

• State laws such as California’s AB 2514 lead states to examine a number of use cases as part of overall solution to provide additional societal benefits as well as achieving ambitions for renewable energy development; and 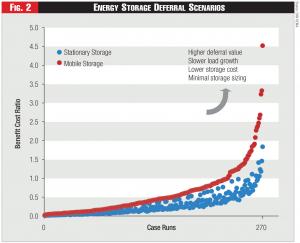 • Funding and initiatives for research and development of advanced, flexible resources drive additional needs to examine all potential business cases for DER technologies.

The number of applications distributed assets can perform – as well as their locations – are no longer limiting factors in a modernized grid incorporating advanced smart systems. Devices on the distribution system can become assets that contribute to markets and improve reliability, and aggregation allows distributed resources to act as bulk assets.

Methods for valuing all the indirect costs and benefits in terms of effects on the distribution system are in their infancy. For valuing energy storage in particular, three broad approaches are emerging:

First, storage assets can be valued in logistics analysis that incorporates storage capacity as part of the energy production and distribution value chain, and where the number, size, and location of storage devices can vary. This represents a novel approach to valuing energy storage, but makes available mathematics that are well developed and understood.

Second, storage can be valued as a solution to a security and reliability problem, where the value of the storage is put against the costs of not having the commodity in question – failure to service critical load, loss of life, production, etc.

Finally, storage can be valued as a means of shifting energy consumption in time, away from the time it’s produced, and harvesting the value change in the energy as a function of that time shift – essentially exploiting on-peak and off-peak energy price differentials, the ability to manage demand charges, and possibly the volatility in real-time (intra-hour) prices in some markets.

This approach brings some precedents from the gas storage world, where operators are familiar with price volatility on a monthly basis, and in some instances on a daily basis. Sophisticated real-options models have been developed to value the use of gas storage as a way to exploit or hedge against gas spot-price volatility.

Renewable distributed resources introduce variability and volatility and also uncertainty. The uncertainty in particular decreases their value in that the user or the system has to somehow manage that unpredictable variability and smooth it or otherwise adapt. This adds a cost that detracts from the overall value.

Storage represents a hedge against that volatility. The cost of the hedge is the cost of the storage, the operating costs in terms of using up the storage life expectancy, and the operating costs associated with inefficiency in the charge-discharge cycle. The hedge can be expressed as a complex spread option between prices at two times, at least for some applications. Valuing such an option correctly is a non-trivial exercise that goes beyond simple Black Scholes formulations; getting it wrong can result in less-than-optimal operations or worse – ineffective investment decisions in the first place.

When discussing the future of any emerging energy technology, history shows us that costs are typically higher than the alternatives, with the promise of improving economics in the future. Storage is no exception. For analysis, this always leads to caveats on both sides of the potential issue. Economics can be assessed at a fixed cost point in time, but planning should consider future pricing points. Conversely, some price declines are promised and never materialize, leaving the analysis perpetually optimistic.

Additional complexities arise when valuing advanced storage devices on the grid. Storage can provide an element of flexibility and future-proofing that a traditional resource can’t. For example, storage can be relocated. This can be used to defer feeder or substation transformer expansion to cover a few peak days a year, and then when the load growth justifies actual expansion, the storage device can be moved to the next substation. Valuing this benefit as a hedge against delayed future growth requires analyzing multi-year scenarios.

Specific use cases can show how storage is valued in various scenarios – such as an application intended primarily to defer a substation investment, or when installed in conjunction with distributed generation behind the meter.

In one example, an advanced storage system could be used as a deferral asset. This is the case where increasing load or an increasing number of new assets on a particular feeder raises demand and leads to over-voltages. In such cases, the utility is left with the choice of upgrading a substation or examining whether alternative approaches, such as storage, can be more effective.

In assessing the example, DNV KEMA’s ES-Grid Model1 (see Figure 1) can be used to simulate the circuit and assess whether a storage device could create a more cost-effective solution. The storage resource is examined not only for its primary application for deferring substation investment, but also secondary applications, and then varied across sizes and locations.

Figure 2 illustrates multiple scenarios with various assumptions regarding storage cost, size, technologies, and expected benefits of the deferral. The chart is a scatter plot of all the simulations that were run for a substation-deferral use case, and it shows how changes in location can affect asset value. The first blue line shows the unit installed and used in a stationary position, and the representative benefit-to-cost ratios associated with all the runs. The red line shows the additional benefits that can be extracted when the unit is moved to multiple locations, optimizing the use of the asset and increasing the number of positive benefit-to-cost scenarios.

In a second example, electricity storage would be sited at a customer location. In addition to evaluating the asset for its simple peak-shaving advantages, such an analysis would consider additional applications, such as energy arbitrage and, potentially, renewable time arbitrage. DNV KEMA’s Microgrid Optimization Tool (see Figure 3) could be used to model each of the assets at an end-use facility singularly as well as part of an integrated aggregation of multiple distributed assets – or simply stated, as part of a microgrid.

Such scenarios exemplify how flexible, emerging energy technologies, including storage, increasingly will be deployed in smart, dynamic grids. Optimizing the use of these technologies will be a logistical and operational challenge, but quantifying the benefits in such cases will be equally challenging. Capturing the full scope of potential benefits that can be provided to the grid will require integrators and adopters of these technologies to examine the benefits of their deployment from a new, dynamic perspective.