Barbara R. Alexander is an independent consultant who represents state and national consumer advocates. Ashley Brown is the executive director of the Harvard Electricity Policy Group. Ahmad Faruqui is an economist and principle with the Brattle Group. The views expressed in this article are those of the authors and not of the organizations of which they are affiliated of, or of their clients.

We have written this article to make the case that the net metering policy that many states adopted to support and subsidize rooftop and community solar programs is, in today’s context, too expensive. It’s unfair to most consumers who are compelled to pay more than their fair share of costs, and socially regressive. 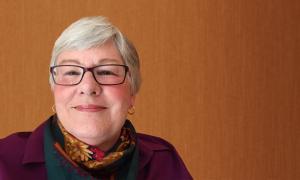 We are not opposed to renewable energy or solar energy. We support the need to pursue them to the extent that they are a cost-effective means of mitigating the impact of climate change. These resources are important to the nation’s future energy supply and they should be encouraged by appropriate federal and state policies.

However, net metering is now causing an unfair shift of costs to non-solar customers. This policy is unfair because it is too expensive, because it shifts essential electricity service costs to those who cannot afford or install solar on their roofs, and because its justification to jumpstart a nascent industry is no longer applicable. Initially, most states capped the amount of solar capacity available for the net metering subsidy. These caps are now being expanded and increased, to the detriment of non-solar customers.

Net metering gives solar customers a credit on their bill when their rooftop panels generate excess power and sell it back to the utility. This subsidy means that solar customers pay a tiny electric bill to their electric utility, or none at all.

This subsidy primarily supports the solar industry and obviously provides an important marketing tool for these companies. But there is no free lunch, since these subsidies to solar customers are paid for by other non-solar customers. 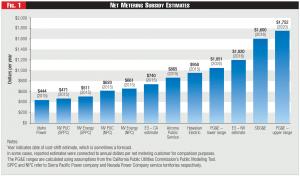 The end result is that it burdens non-solar customers with higher electric bills. That creates an avoidable but often invisible inequity.

As rooftop solar penetration continues, these subsidies are projected to run into the billions of dollars a year in the U.S. These numbers do not include tax-based subsidies, nor are they reflective of all of subsidies inherent in net metering. Rather, they are derived only from the specific rate impacts we have identified in the article.

Net metering is not only too expensive. It is unfair. Under net metering, solar customers avoid paying their share of the costs of operating and maintaining the electric grid. Non-solar owners pick up the tab. 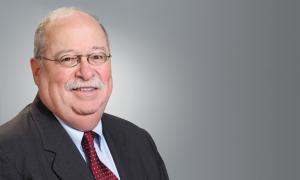 “Investment in centralized utility-scale solar could achieve the same environmental benefits at lower cost and without cross-subsidy.” – Ashley Brown

Under current rate designs, which are largely volumetric in nature, net metering essentially credits solar customers for each unit of power that they produce at the full retail electric rate. Thus, non-solar customers are obliged to pay retail prices for energy that is readily available at substantially lower wholesale prices. This includes more efficient or less expensive large-scale solar and wind generation.

When a customer installs solar panels on their rooftop, this reduces the utility’s cost of generating electricity. The customer should be compensated for the value of that avoided energy.

However, the customer still requires a connection to the grid for those hours when the solar panels are not generating all of the electricity required on premises. An example of this is at night, or on cloudy days. The connection is also required to export and sell any excess energy that the customer may produce. 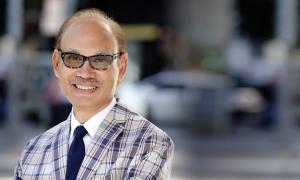 “It is time to bring net metering in line with sound ratemaking and consumer-oriented policies.” – Ahmad Faruqui

Solar customers benefit from having enough power plants being built to provide adequate backup when the sun is not shining. It is important to note that often the customer’s demand for electricity exceeds the capacity of the solar panels. That makes solar energy an intermittent and unpredictable power source. Additionally, its energy production is generally not coincident with peak demand of most utilities in the United States.

The customer still requires a meter, a call center to answer questions about monthly bills, and other vital services. It is only equitable that the solar customer should pay the utility for a share of those services. However, net metering policy prevents this from happening.

As a result, net metering typically transfers the cost of the unpaid utility services from solar customers to lower-income customers. This contributes to the danger of unaffordable electricity for those most in need. It is not the utilities that pay for this transaction, but the customers who don’t have solar equipment.

To illustrate the magnitude of the subsidy to solar customers, it might be helpful to consider a hypothetical utility.

This subsidy is in addition to the lack of revenues from a solar customer using less electricity when the solar system is generating power for the customer’s own use. Of course, the total amount of a net metering subsidy will vary according to how many solar customers are on the system.

It will also vary according to the volume of excess kilowatt-hours exported by the solar customer. Finally, it will vary due to the differential between the utility’s fixed distribution service costs and the generation supply costs avoided.

Several utilities, regulators, and consultants have quantified the subsidy per net metering customer in dollars per year. These subsidy estimates have been derived through different methodologies. They apply to different service areas, and assume different forecasts of solar penetration.

With those caveats, a summary of net metering subsidies is presented in Figure 1.

Additionally, there are two studies that did not lend themselves to inclusion in the figure.

In New York, the investor-owned electric utilities filed comments with the New York Public Service Commission. These comments sought to either end or make significant changes to the current policy. The utilities included a graphical presentation of the impact of net metering penetration on residential customer bills.

They stated, “In fact, at just a 10 percent residential kilowatt-hour penetration level, the average subsidy paid by a non-participating customer increases their delivery bill by about 6.9 percent and their total bill by about 3.6 percent.”3

In January 2016, Southern California Edison estimated that net metering would result in a total lifetime subsidy of seventeen billion dollars in net present value terms for all systems installed in the 2017-2025 timeframe.4

This will mean that their payments for the electricity they are selling back to the grid under net metering should reflect the market price for their generation supply service. These should not be arbitrarily-determined high prices, and certainly not the full retail rate.

These costs are necessary to support and maintain the distribution or delivery systems and to ensure that adequate capacity is available when needed for all customers.

This payment can be structured as a higher fixed charge, a demand charge, or a combination of both. It will pay for the cost of being connected to the grid, along with a time-of-use rate for the energy consumed.

This time-of-use differentiation would provide rooftop solar owners with a fairer compensation for their contribution to the system needs. Unfortunately, such distinctions are almost never made in prevailing net metering pricing schemes.

Some energy experts have argued that solar, as a clean source of electricity, should be compensated for avoiding harmful emissions associated with conventional generation sources.

While this might be a legitimate benefit, current net metering policy is overly generous in this regard. If this was the key purpose of the policy, it is unfair to create rooftop and community solar as a most favored form of renewable and clean energy.

Other renewable energy resources are less expensive, with often more cost-effective non-polluting results. These include wind and energy efficiency. In fact, investment in centralized utility-scale solar could potentially achieve the same environmental benefits.

These options will come at a lower cost and without the cross-subsidy penalty to non-participants. Furthermore, there are also very substantial economic risks associated with imposing technology-specific hedges against future environmental mandates as reflected in net metering.

Two important issues have been lost in the debate. First, there has to be a careful accounting of the true costs of the current policy and its impact on other customers. Second, it is time to bring net metering in line with sound ratemaking and consumer-oriented policies.

Net metering should not be pursued to support the solar industry and its ability to make a profit. Rather, policymakers and regulators should focus on ensuring that solar customers pay their share of the grid costs.

Non-solar customers should not end up paying the solar customers’ share of grid costs. Renewable energy policies should be designed to allow all forms of non-polluting resources to compete on a level playing field.

1. A report for the Louisiana Public Service Commission found that net metering customers within the commission’s jurisdiction had median household income of 60,460 dollars
relative to the statewide median household income of only 44,673 dollars. David Dismukes, Estimating the Impact of Net Metering on LPSC Jurisdictional Customers, Draft, February 27, 2015. Other studies in Arizona, Nevada, and California have confirmed this result.

2. While electricity prices and rates vary widely in the U.S., this ratio between generation supply and distribution services is typical.