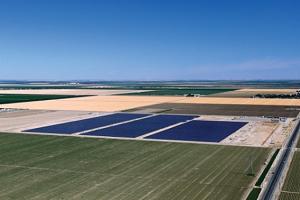 Cupertino Electric completed building a 20-MW photovoltaic (PV) power project in Huron, Calif., for Pacific Gas & Electric (PG&E). The project, built in eight months, is the third that Cupertino Electric has built for PG&E under the utility’s five-year, 500-MW PV program, which includes up to 250 MW of utility-owned solar capacity.

Siemens produced the first batch of its new 75-meter B75 Quantum rotor blades. They’ll be installed on the second prototype of Siemens’ 6-MW offshore wind turbine, which is expected to be erected in the second half of 2012 at Denmark’s Østerild Test Station. Siemens says the blade’s airfoil design and manufacturing technology results in lower weight and better performance across a range of wind speeds.

CPS Energy and SunEdison dedicated the William R. Sinkin Centennial 1 and 2 solar farms, which total 19.8 MW of capacity. The projects comprise more than 83,000 photovoltaic (PV) panels with solar tracking technology. SunEdison began building the Centennial sites in November 2011. CPS Energy will purchase all of the electric output under a 25-year agreement. 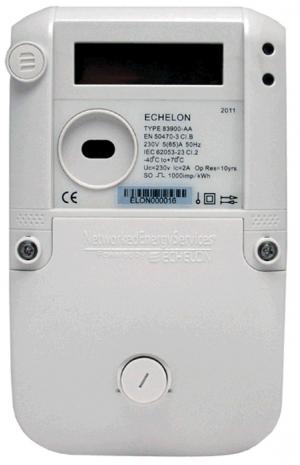 Emerson supplied utility-scale power inverters for two solar energy projects owned by GCL Solar Energy, about 60 miles southeast of Fresno, Calif. A 20-MW facility is expected to be completed in October 2012, with a 50-MW facility scheduled for startup by the end of the year. Quanta Services is building the projects under a contract with GCL. 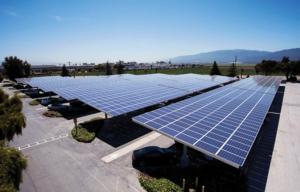 Chevron Energy Solutions installed a 630-kW solar canopy as part of an energy and efficiency services project for the Monterey County (Calif.) Office of Education.

Toshiba, the Shaw Group, and Exelon are developing a 25-MW gas-fired power plant that will incorporate NET Power’s CO2 capture process. NET Power will be responsible for overall project development and systems engineering; Toshiba will design, test, and manufacture a combustor and turbine; Shaw will provide engineering, procurement, and construction services; and Exelon will support development and operations by selecting the site, obtaining permits, and commissioning the facility. The facility is expected to begin operating in mid-2014. Shaw agreed to provide up to $50.4 million in cash and in-kind services, subject to certain milestones being met, acquiring up to 50 percent of NET Power LLC as the milestones are completed during the four phases of the project. Jefferies & Co. served as sole financial advisor to NET Power on the transaction.

Westinghouse Electric entered a strategic alliance with Curtiss-Wright to jointly pursue and develop opportunities to refurbish large motors for commercial nuclear power applications in North America, and to collaborate on new technology development. The companies have several ongoing business agreements in support of operating nuclear plants around the world and AP1000 units under construction in China and the United States. 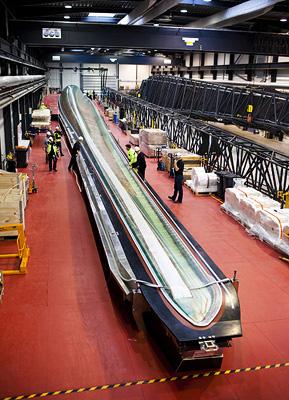 Siemens began manufacturing 75-meter wind turbine rotor blades. The first units will be installed on a prototype 6-MW offshore turbine at a test site in Denmark.

A syndicate of investors led by JP Morgan committed to acquire an equity interest in the Chisholm View wind project in Oklahoma for $220 million. The project is owned 51 percent by EFS Chisholm, a GE Capital subsidiary, and 49 percent by Enel Green Power N.A. The JP Morgan syndicate, which also includes Wells Fargo Wind Holdings and MetLife, has an option to purchase 26 percent of EFS Chisholm’s interest in 2012 and 2013.

Echelon introduced a new smart meter, the modular MTR 0600 Series. The meter is aimed at utilities in emerging markets that are seeking to stage their smart grid investments while improving reliability. Echelon says utilities can replace existing meters with the MTR 0600 in stand-alone mode, and later upgrade them in the field with communications and control systems for connecting to the rest of the network. The MTR 0600 serves as both an automated billing device and a grid sensor, and integrates with the utility’s billing and analytics applications.

In a related announcement, Echelon also released new control operating system software for its smart meters and those marketed by its metering partners worldwide. The new software allows upgrading meters in the field to function as multi-parameter grid sensors as well as billing devices. The meters separate billing data from grid power quality data—such as voltage, frequency, and power factor—allowing the data to be read on independent time cycles.

The Monterey County Office of Education (MCOE) and Chevron Energy Solutions unveiled a solar power and energy efficiency project at the MCOE headquarters in Salinas. Construction began in February 2012. The project is comprised of a 630-kW PV canopy system and public infrastructure improvements, including an energy-efficient hot water boiler, an energy management system to control lighting, and upgraded HVAC and water systems. MCOE secured a solar rebate of nearly $500,000 from PG&E, as well as a federal grant of $881,000 to help offset its costs. 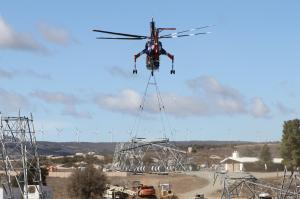 Miami-Dade County awarded an energy performance contract to Ameresco for a comprehensive facility-wide audit of energy and water usage plus recommendations for reducing the county’s $8.6 million annual spending on energy and water utilities in public housing. Upon approval by the county and the U.S. Department of Housing and Urban Development (HUD), Ameresco is expected to manage the design and implementation of retrofits. The HUD energy performance contract program provides incentives to public housing authorities across the country to save energy and water at their housing units.

San Diego Gas & Electric (SDG&E) commissioned the Sunrise Powerlink, a 500,000-volt transmission line connecting San Diego to the Imperial Valley. The $1.9 billion project took 18 months to build, after five years of environmental review and permitting processes. Initially the transmission line will bring up to 800 MW of power into San Diego, and eventually is expected to carry 1,000 MW, including substantial amounts of wind and solar power. The Sunrise Powerlink consists of more than 110 miles of overhead 500-kV and 230-kV transmission towers and conductor, 6.2 miles of underground 230-kV cable, and a 40-acre, 500-kV transmission substation.

Clean Line Energy Partners and the Western Area Power Administration (WAPA) agreed to advance the proposed Centennial West Clean Line transmission project, a 900-mile high-voltage direct-current (HVDC) line to deliver 3,500 MW of renewable power from northeastern New Mexico to communities in California. The project would include an intermediate converter station in Mohave County, Ariz., to access the state’s solar resources. WAPA is expected to serve as a joint lead agency with the federal Bureau of Land Management in conducting environmental reviews. Centennial West will fund environmental compliance work and Western’s review and due diligence. The agreement covers the development period of the proposed project, during which Western and Clean Line will evaluate the project and determine next steps. The agreement is similar to one WAPA entered with Southline Transmission earlier this year, and that Fortnightly reported in the June 2012 Vendor Neutral column.

ABB won a $75 million turnkey contract from the Ministry of Electricity of Iraq to expand an existing transmission substation in the southern part of the country. The 400/132 kV Amara substation will connect to the grid a new 500-MW gas-fired power plant as well as smaller facilities now under construction. The project is scheduled for completion by 2013.

Pacific Energy Services & Facilities sold and installed an EcoSmart energy management system at the 426-room Hyatt Place in Honolulu, Hawaii. The installation included intelligent thermostats, an infrared transmitter that can operate remote-controlled HVAC units with on-the-wall thermostats, and technology for reducing HVAC loads in rooms while they aren’t occupied.

NV Energy agreed to launch a trial program using BuildingIQ efficiency and DR software for commercial customers in Las Vegas. The program aims to optimize HVAC operations to save energy and reduce peak demand, with a goal of saving 12.1 GWh annually. The trial will allow NV Energy to investigate the potential of automated DR and a single integrated energy optimization platform.

Skipping Stone named Jim McHugh, formerly of IBM and Schneider Electric, as a principal in the firm’s Atlanta office.