Veronica Irastorza was Mexico’s Undersecretary of Energy Planning and Transition. She is now a visiting scholar at the Center for Environmental Public Policy at the University of California-Berkeley.

A man named Raul was ready to replace his air conditioner because it was too old. He got a rebate that he didn’t even know about until he went to buy the new AC unit. Now Raul is using his AC much more than he did the old noisy one, and as a result he’s consuming more energy than he did before – even though his new appliance is more efficient than the old one was. Policymakers who decided to provide a rebate assumed that people like Raul would use their new air conditioners the same way they used their old ones, and thus they overestimated the energy savings AC replacements would bring. 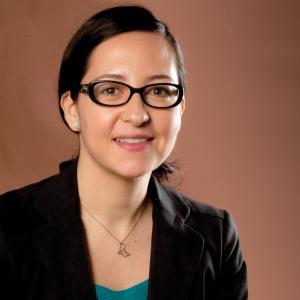 This was the case in Mexico, where a large program that provided rebates to replace air conditioners resulted in increased consumption instead of the decrease that the engineers estimated before the program started.

This result really puzzled me. I was convinced that energy efficiency was the easiest way to move toward a more sustainable world. People save money when they get a lower bill, the government saves money on avoided subsidies, and the world gets less emissions. However, now I realize it’s not that simple.

The Trouble with Human Behavior

Energy is responsible for most of the emissions that cause climate change. According to the International Energy Agency, most of the potential greenhouse gas emission reductions will come from improvements in energy efficiency. However, in most cases, energy efficiency’s net benefits have been overestimated. Proponents of energy efficiency haven’t paid much attention to behavior.

Supporters of energy efficiency programs claim that money can be saved and emissions can be reduced just by wasting less energy. However, we don’t really know how much energy consumers are actually wasting – how much low-hanging fruit is there to be picked.

Governments around the world have annually spent billions of dollars on programs aimed at reducing energy consumption, including fiscal incentives, labeling, and standards. But there’s widespread disagreement about how much energy these programs actually save, and which programs provide the biggest bang for the buck.

When prioritizing the use of public money, many countries have relied on a curve describing energy efficiency actions and their technological costs and benefits. However, the analysis for those curves is done by just calculating the energy difference between the best available technology and the one in place, ignoring behavior.

Public intervention in energy efficiency is required because the actual price of energy doesn’t include all the public costs its usage imposes, and because the information consumers receive is far from perfect. Surprisingly, decisionmakers also have limited data to decide where and how public resources should be better spent on energy efficiency. Should they be used to finance efficiency in new buildings, or to help people replace their inefficient appliances? What efficiency programs have really worked around the globe? Are the results replicable?

There are many things that we know about energy efficiency, but even with all the hype around it, there is a lot that we don’t know and need to find out to help decision makers use public resources in the best way possible and to help consumers make the best decisions. A lot of what we don’t know relates to consumer behavior, and that’s an area of knowledge that we need to better understand.

We know that discounts through rebates can encourage consumers to trade in their old appliances, but we don’t know how many of those rebates are actually wasted. People like Raul don’t need a rebate to change their AC.

In another example, my friend Megan got a rebate to insulate her home in Southern California. However, she hasn’t seen her energy bill go down as much as she expected, because the insulation was applied incorrectly, resulting in heating or cooling deficiencies. We don’t know how systemic such problems are when we design policies.

We know that information can help people to make better decisions, but we also know that even with the necessary information, people don’t necessarily make the best energy-efficient choices because there are implicit costs that have been ignored. Underinflated tires for example, greatly reduce fuel economy, but even people that know it don’t inflate their tires regularly. Policymakers would assume that this is a waste and low hanging fruit. But even though the cost of air is almost null, the time and effort to inflate a car’s tires regularly is a cost too, and it’s often ignored when the net benefits of informational programs are calculated. A similar case is keeping the refrigerator coils clean. Moving the fridge to clean it isn’t an easy task!

Garbage In, Garbage Out

The success of energy efficiency programs shouldn’t be measured only by the amount of money spent to make them work, but also by how they help people to change their behavior and make better decisions about their use of energy.

I am sure that we could design better programs and energy efficiency actions if we improve the evaluation methods to take account of the behavioral responses. We need to do more randomized controls, like the pharmaceutical industry has done for years with clinical trials. We need to know how many Rauls and Megans are out there.