When one age ends, another begins.

Michael T. Burr is Fortnightly’s editor-in-chief, and director of Microgrid Institute. Email him at mtburr@microgridinstitute.org 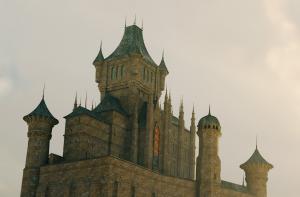 These changes present some unique complexities and conflicts. Some public interests seem to be at odds with others, putting utilities in the awkward position of investing on behalf of ratepayers, even as local communities and individuals contemplate a different kind of service.

Communities of various descriptions - from real-estate developments, to sprawling military bases, to municipalities of all sizes - are considering alternatives to standard utility service, in pursuit of several goals:

In the pecking order of public interest, where do such community goals fit? Are they best met with utility services and rate-based cost recovery? Or are they luxuries that benefit locals and shouldn't be subsidized by other customers? If the latter, what will be the utility's role in meeting those demands?

The way industry leaders answer those questions could determine how quickly and effectively innovation can benefit customers - and communities.

The U.S. Department of Energy's National Energy Technology Lab (NETL) in Morgantown, W.Va., on January 31 released a funding opportunity announcement (FOA) that aims to "enable communities" to design and deploy microgrids to meet "specific objectives for energy resilience (including protection of critical infrastructure and public resources)." For purposes of this program, NETL defines "community" narrowly, as "a local city, town, village, county, or tribal government."

This definition has caused some angst among microgrid proponents, because it omits other types of communities that aren't created as a unit of local government: industrial parks, commercial districts, condo villages, and other real estate developments, for example, not to mention military bases and college and corporate campuses. Moreover NETL says that an application proposing a "permanently islanded microgrid" likely wouldn't be considered for the program, unless it's being operated as a local utility.

In short, NETL defines a community microgrid as one that's sponsored by an official unit of government and that operates like a utility - using utility distribution infrastructure, serving multiple users, and traversing property lines or utility franchise boundaries.

Related processes are happening in several states, most recently Maryland. At the behest of Gov. Martin O'Malley, the Maryland Energy Administration (MEA) convened the "Resiliency through Microgrids" task force in March. (Editor's note: I served on the task force.-MTB) At one meeting, MEA Director Abigail Hopper referred participants to a statement intended to focus the task force on public purpose microgrids. "A public purpose microgrid must provide uninterrupted electric service to a series of critical community assets across multiple properties, such as community centers, commercial hubs, and emergency service complexes," the statement read. "A public purpose microgrid may be owned in whole or in part by either an electric utility or a third-party entity, and must provide services to multiple customers."

For MEA the operative words are "public purpose," instead of NETL's "community." But semantics aside, the concepts are similar, with a key exception: The MEA task force definition explicitly allows non-utility ownership, while NETL's FOA seems practically to forbid it.

These two approaches reveal simmering conflicts in the industry. Who gets to develop community microgrids? And how will they be financed?

Utilities are more likely to favor NETL's definition than MEA's, because the idea of a third-party owned microgrid that crosses rights of way to serve multiple customers would seem to infringe on the utility's exclusive franchise (except possibly in Connecticut). It also would violate a basic principle of public utility regulation - namely, avoiding investment in parallel distribution infrastructure, which is considered duplicative and uneconomic in most states.

Either way, however, initiatives to develop community microgrids will raise fundamental questions about the role of the regulated utility franchise, versus the role of the free market.

The regulatory compact obliges the franchised utility to provide ratepayers with reliable, safe, and reasonably priced services. It does not oblige the utility to foster innovation or to provide alternatives for serving ratepayers' individualized demands.

The utility wouldn't, for example, be obliged to provide a portable generator and transfer switch to every customer who wanted greater resilience, and if it did regulators wouldn't allow the costs to enter the rate base. Moreover, absent other government mandates, the utility generally isn't required to help customers reduce energy consumption, achieve high renewable penetration, or increase local self-reliance. Individuals who want such differentiated services have to pursue them on their own.

The same generally is true for communities of various types and sizes. To the degree premium assets exist to benefit only certain customers, they don't belong in the general rate base.

However, utilities obviously have critical roles to play in delivering the services communities want. In the months and years to come, the industry and its leaders will be challenged to define those roles in ways that are consistent with the regulatory compact - and that also yield optimal outcomes for customers.

Some utilities are starting to think outside the traditional boundaries of regulated investments. A few are seeking to put microgrids and other distributed energy assets into the rate base, as part of integrated system planning. The utility could justify investments in community microgrids because they'd help sustain critical public services - a goal that seems consistent with the utility's reliability and safety mandate. And if such investments are part of a longer-term, utility-2.0 strategy that makes room for a renaissance of competitive innovation, then regulators might support that strategy for ensuring reasonable prices too.

Note from the editor: As per the announcement in this month's People column, I am stepping down from my position as editor-in-chief and associate publisher of Public Utilities Fortnightly. Starting this month, I will concentrate on my role as director and founder of Microgrid Institute (www.microgridinstitute.org) and related initiatives.

I'm honored to have been associated with this venerated publication. I've made what I consider lifelong friends at Public Utilities Reports Inc., as well as the extended family of contributors, sources, sounding boards, sponsors, and subscribers who make Fortnightly possible.

Ladies and gentlemen, thank you for seven great years.