Part 2: The Art of the Deal

William Pentland is a Managing Partner at Brookside Strategies, LLC, an energy and utility management consulting firm based in Darien, Connecticut. Previously, he practiced law in New York City at Paul Weiss Rifkind Garrison & Wharton, LLP, and at Jenner & Block, LLP. Mr. Pentland has written on energy and environmental issues for Forbes, The Nation, and Mother Jones, among other publications. He is the Chair of the Northeast Clean Heat and Power Initiative.

Fortnightly Magazine - July 2015
This full article is only accessible by current license holders. Please login to view the full content.
Don't have a license yet? Click here to sign up for Public Utilities Fortnightly, and gain access to the entire Fortnightly article database online.

Chick Tulli was thinking about his black leather shoes during the taxi ride back to his hotel from the Harbor Island Yacht Club. He was glad he had managed to keep them dry during the past three hours he'd just spent sailing the salty waters of San Diego Bay. And of all people, Tulli cared about shoes. Back before he was elected to the represent Dauphin County in Pennsylvania's House of Representatives, Tulli had made his mark as a shoe salesman. 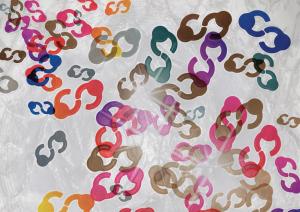 Tulli, a 48-year-old Republican politician from Hershey, Pennsylvania, had spent the evening on a cruise with Governor Tom Ridge and several other state legislators from Pennsylvania. Just before dinner was served, Gov. Ridge's chief of staff had asked Tulli to join the Governor for dinner at his table on the upper deck.

It was the third day of the 1996 Republican National Convention. The GOP had selected Senator Bob Dole from Kansas as the party's presidential candidate. Governor Ridge had made Dole's short list of potential running mates, but the spot went eventually to Jack Kemp, who had played professional football for several years. In Tulli's opinion, it was probably for the best that Ridge wasn't selected. Dole was a long shot. The Democratic incumbent President Bill Clinton would be hard to beat.