Utilities and Innovation: Are We There Yet?

It was one of those things you don't forget. Years later, it's still with you. It wasn't a Eureka! moment and it wasn't an epiphany, but it's a firm memory from the mid-1980s. 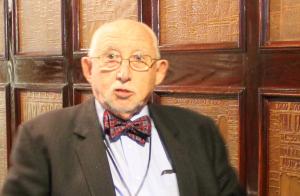 I was on a train, returning to Washington, D.C. from Bell Laboratories in New Jersey, and I was in a state of awed shock. I'd been shown optic fiber, which I'd heard and read about. But until I saw firsthand a fiber that had been half the size of a human hair and that could carry thousands of times more information than a coaxial cable, I hadn't grasped that optic fiber was the start of something huge. I'd seen the future that would blast telecommunications and other things into the stratosphere.

What I was thinking about wasn't the coming revolution in telephony, which was getting underway, but why three things that interested me seemed immune to the excitement and innovation that was changing so much.

These were, in no special order, electric utilities, which I was writing about, and which had absorbed me since I saw the magic of electricity as a boy in Africa; newspapers, which had been my career since I was 16 years old; and trains, which had been a passion of mine since my father repaired steam engines after World War II.

My sad thought was that these - call them my trio of loves - were going nowhere.

Electric utilities were still boiling water to turn turbines, as they had for 100 years. The only improvement was that they now boiled some of that water with nuclear power.

Newspapers were still produced in a factories in the middle of the night, loaded onto trucks before the morning rush-hour, and then entrusted to 10-year-old boys for delivery. Hardly a competitive way to disseminate perishable information, which was moving at electron-speed on radio and television.

Trains, sad remnants of days of glory, were the poor relatives of the shiny monsters beginning to whisk people about in Europe and Japan.

To paraphrase a ballad by George Gershwin, they were writing songs of innovation, but not for me. Innovation belonged in electronics, but not in the world where the vital current was made. The newspaper industry wasn't moving forward, except for the appearance of new typesetting and modified printing. And the trains of the Amtrak system were in extremis.

Where, oh where was the age of innovation?

A new study by the consulting group Advanced Energy Economics suggests that innovation is lacking in the utility industry, and regulation is partly to blame. But my friend Steven Mitnick, the electric-industry futurist, says, "Utilities have time and again been extraordinarily innovative in response to government and regulatory mandates." Innovations include environmental compliance; reductions in SOx and NOx emissions; the phasing in of efficient, combined-cycle gas turbines; and the development of grid-scale wind and solar farms.

Everywhere in utility circles, from the Edison Foundation to the New York State plan "Reforming the Energy Vision" (REV), innovation is the byword.

And there's innovation aplenty - on the surface at least. But a key opportunity remains largely untapped. Within the utility industry the innovation effort has been taken over by people with a narrow vision of clean, carbon-free energy. Their future is wind and solar, at the expense of everything else. They've excluded from their thinking the cleanest and most efficient source of green energy: Nuclear.

As with most revolutions, you have to watch out for your friends, particularly if they're signaling virtue through their pet technologies.

To end on a sad note: The newspapers are on a collective death march, and Amtrak is a museum of sorts with wheels. Newspapers were overwhelmed by a technology: The Internet. And railroads never found a business plan for passenger traffic that worked in America. Utilities need viable business models in these brave new, innovative days.