Car-charging could and should be an industry separate from traditional utility activities.

Llewellyn King is Editor-at-Large for Public Utilities Fortnightly. He is the creator, executive producer and host of White House Chronicle, a weekly news and public affairs program on PBS. King also writes a weekly column for the Hearst-New York Times Syndicate and for The Huffington Post. University Press of America collected his columns in “Washington and The World 2001-2005.” Over the years, King’s insightful reporting and analysis of energy has led to frequent guest spots on TV news shows, including NBC’s “Meet the Press” and PBS’s “The NewsHour with Jim Lehrer” and CNN.

Throughout the electric utility industry, there is a burgeoning hope that the future will be fine; that the predations of rooftop solar and the arrival of non-traditional companies in the electric space will be compensated for by a huge, new market: the electric car. 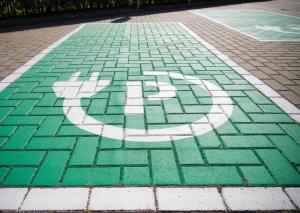 It does look, at long last, that the time of the electric car is at hand, if charging can be simplified and, more important, if charging technology can be the basis of a whole new business opportunity. Car-charging could and should be an industry separate from traditional utility activities.

I suggest that the possibilities for that market are quite good, but it will not develop if the utilities try and manage it themselves. They need to let it go.

The utilities, by their very nature, already manage every aspect of complex systems, from generation to billing and from operating nuclear power plants to preventing cyber-intrusions. But to think that the utilities are equipped to master a big, new retail business would be wrong. The charging of electric vehicles ought to be a new retail business: a new business with new entrepreneurs and imperatives.

I ran a series of conferences once on the best uses for utility-owned land that was surplus to the electric requirements. Those companies that hived off the land operation to a separate entity prospered. Those that thought it could be handled as an additional assignment by one of the utility managers did less well with the asset.

The utilities, both public and private, are very good at what they do: making and selling electricity. A new retail undertaking - particularly, if it is conceived as a necessary but unwelcome new burden - is not what they need.

Various utilities are experimenting with charging stations. They should be looking for entrepreneurs who see a big future in wiring shopping centers, commercial parking lots and suburban driveways.

At little East Matunuk Beach in Rhode Island, the municipal authorities have established several charging points for electric vehicles. That is endearing, but it is not the way to go. If we start to think that charging electric cars is a government responsibility, the end is known. It would be a triumph for the gasoline engine.

Let us think ahead here: the utilities would establish separate, public companies keen to make money on retailing electricity to motorists. These companies - think the Baby Bells - would have the resources to advance the technology of charging beyond a wire coming through the kitchen window. Call them charging corporations; their purpose would be to make a profit in charging and storing electricity from parked vehicles.

To get electric cars - ordinary, affordable cars like the Nissan Leaf, not the high-end toys from Elon Musk and Tesla - deployed, a charging regime needs to be established. At the least, buyers need to know that one is on the way.

Technology is a challenge: the wires have to give way to something that can be more ubiquitous and less intrusive. It is unlikely that the nation will switch by the millions to electric vehicles while they still need to be parked and hooked up with a cord to an electric source.

The future can already be conceived by studying the electric bus charging system in South Korea. The Koreans have developed and deployed induction charging for buses where the vehicle charges at points along its routes, including bus stops. Here, I believe, is the future of the electric vehicle.

If everywhere a car comes to rest is a charging point, the electric car will take over the market surprisingly fast. Look at the speed with which air conditioning was deployed, or the ubiquity of cell phones that have come to dominate telecom in just two decades.

If the vendors of electricity feel that they also have to be the providers of the charging system that ultimately will create a vast, new market for them, they are wrong.

When the Wright brothers took to the air, they did not worry that one day new industries would be needed to fulfill the promise of their inventions. They did not think to worry about the development of radio, radar, and the whole huge collateral infrastructure of aviation.

Utilities might want to give charging companies a shove, then stand back and sell electrons. We might call that a win-win-win: more electric sales, less pollution and a new industry.