Rumors tell of a cyber attack on the power grid. 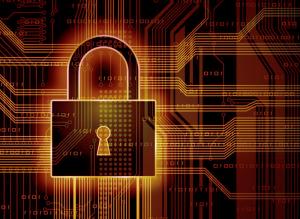 Electricity is certainly not interested in war, but war is getting increasingly interested in electricity. There are reports that ISIS is trying to mount a cyberattack on the U.S. grid.

The problem for a reporter covering cybersecurity is that neither those who are vulnerable nor those who feel they are protected are going to talk about it.

Security depends on silence. But one wonders how vulnerable and how effective the firewalls are that the industry has established with help from the government. Better, I suspect, than some alarmist politicians have said, but not totally secure.

Conversations I have had with cybersecurity experts, including Richard George, senior adviser for cybersecurity at the Johns Hopkins Applied Physics lab, and previously the National Security Agency, emphasize that there never can be a time when you declare: This is secure.

The problem, George explained, is that much of today's infrastructure runs on code which was written years ago, and where the weaknesses are now structural. Every line of code can be a potential mine to be detonated by malicious hackers.

But there is more to electricity in war. Electricity in war today is akin to the railroads, dating from the Civil War: a high-value target. Take out the electric supply, and the civilian population rises against the military. Today's societies cannot function without it.

An article by Andrew Shaver and David Ensign in Foreign Policy magazine suggests that ISIS may be brought to its knees more by its inability to keep the electrons flowing, in one of the climatically hottest parts of the world, than by any action of invading ground troops.

For their success, Islamic insurgencies have depended on providing fast and dependable social services. That has been the case with Hamas in Palestine and Hezbollah in Lebanon and Syria. It is the offer of services - including electricity, medicine and a form of education - that placates those subjugated by the religious militants.

So important has it been to keep the trickle of electricity going that a 1,000 megawatt, fossil-fuel station is the subject of deal between enemies. When Aleppo fell to ISIS, it was agreed that the rebels would keep operating the station, which is about 15 miles east of the ancient Syrian city, and that the government would continue to run the grid.

These deals between combatants are not the norm, but wars produce strange alliances. Various services were kept going with a wink and a nod in the Tamil Tiger-held areas of Sri Lanka, even as the government laid siege to the Tamil stronghold where, eventually, it was victorious.

Equally, nothing forced an end to the Bosnian war so much as the taking out of electric generating stations. When nothing works, there is nothing left to fight for. The military with the best portable generators, and the best defenses against those being hacked, is likely to be the victor.

The globalization of electricity manifests itself in other ways, too. It is possible that there could be a surge in the price of copper because of an electricity shortage in Zambia, a large producer. The copper mines of that sad country are shutting down for lack of power.

The mighty Zambezi River is at the lowest levels on record, and that country depends, as does is neighbor Zimbabwe, on the Kariba hydroelectric stations on the river. The Kariba Dam - for decades the largest dam in the world - provided the electricity that kept both countries ticking, despite their atrocious politics and the vagaries of commodities. Now Zambia and Zimbabwe are so severely restricting electricity that for most business and families, they might as well be living without it. Both countries have had their shares of hydropower cut by half or more.

That situation has so affected some of us who have lived in those countries that we are talking informally on the MIT campus about how, in decades to come, portable generators can be rushed to save countries or cities in peril because they are without power, through war or natural disaster. Think: Generateurs de Courant Sans Frontieres (Generators Without Borders) - and call me if you have any ideas.