A tough legal and financial terrain is confronting producers, utilities and regulators.

Ken Silverstein is Editor-in-Chief of Public Utilities Fortnightly. Contact him at ksilverstein@fortnightly.com.

As renewable energy takes root in the American landscape, the discussion is turning to just what fuel types will grow the fastest. With abundant sunshine and favorable economics, solar power is stepping up. 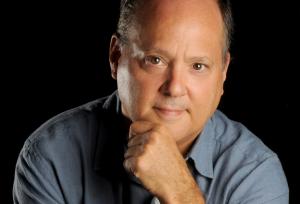 In the spotlight are photovoltaic solar panels, or PV, which can be found on rooftops or in huge fields. As panel prices nosedive and as homeowners are given more financing options, the demand is surging. Without battery storage, however, those PV panels can only be accessed when the sun is out.

By contrast, the benefit of concentrated solar plants, or CSP, is that the facilities can be equipped with molten salt as a heat transfer fluid and energy device, allowing generation to occur after the sun has set. And while such plants are centralized and deliver service to consumers with greater efficiencies, construction costs are high. Meantime, they require a hook up to either a more modernized or a more extensive transmission grid, which remains a tough sell.

"If you look at it as an economist, you say the grid is cheaper," says Jeff Guldner, senior vice president of public policy for the Arizona Public Service at the Fortnightly's recent conference in Scottsdale: Utilities in a Time of Change and Challenge. "Customers (may) want rooftop solar. (But) it is not as cost effective as large scale (solar)."

Consider Southern Company, which is buying 900 megawatts of utility-scale solar capacity through power purchase agreements, all at competitive prices. The utility, though, is also getting into the residential solar business too - to sell, service and perhaps finance the panels and their installation.

Chief Executive Tom Fanning, who also spoke at the conference, said he feels that utility-scale solar is a more cost-effective proposition but that he also intends on maximizing residential business opportunities.

"We need incentives for a balanced portfolio that preserves clean, affordable and reliable electricity,” he adds. "I can do that better than the Environmental Protection Agency and still preserve jobs and economic vitality."

With that, WGL Holdings and Southern Co. are now testing a battery storage system at a 1-megawatt solar array in Georgia. If it works, the device will harness solar electrons and integrate that power onto the grid when the sun is not shining.

Georgia Power will purchase the plant's output from the WGL subsidiary, Washington Gas. The plant will consist of 3,388 solar panels that will provide 1.5 million kilowatt hours. The Electric Power Research Institute is helping to test the lithium-ion battery system. Those systems are able to store and to discharge electricity at any time, although they have a limited duration of around 30 minutes to 1 hour.

To be clear, PV technology has historically been more suitable for smaller projects, but the precipitous price declines over the past two years has led some developers to convert their larger CSP plants to the smaller PV technologies. Duke Energy, for example, is aggregating thousands of panels to provide utility-scale PV plants in North Carolina.

In 2014, about a third of all new power generation was installed using solar energy.  According to the Solar Energy Industries Association, the plunge in solar PV prices has led to the installation of 1,393 megawatts of rooftop solar generation in the second quarter of 2015. It's now 22.7 gigawatts total, which is enough to service to 4.6 million American homes.

The association adds that there are now 1,400 megawatts of CSP here in this country, with an additional 390 megawatts to be installed within a year.

Consider Ivanpah Solar Electric Generating System in the Mojave Desert, a CSP facility producing 392 megawatts that received a $1.6 billion loan guarantee from the U.S. Department of Energy. It makes up 30 percent of the solar thermal energy now consumed in this country.

That project takes 173,000 mirrors and focuses sunlight to the plant's solar receiver steam generator. The CSP facility, a joint venture that involves NRG Energy, Google and Brightsource, is delivering solar power to PG&E and Southern California Edison. There's also Solana Generating Station, a 280-megawatt plant near Phoenix. It is able to store energy, dispatching it for six hours at a time.

But what makes CSP so challenging is that it takes a lot of land and the technology remains expensive, and relatively new. The permitting process is formidable as the plants require thousands of large mirrors, steam generators and salt tanks.

According to the solar association, if concentrated solar power is to gain traction, builders will need more access to capital, as well as large plots of land on which to build their plants. Meantime, they require lots of water for cooling purposes as well as access to high-voltage transmission lines. In the Southwest in particular, the grid is congested and more wires are needed.

The good news is that solar prices, for both large and small projects, are falling. As new technologies evolve and competition continues to intensify, the hope is that those prices will fall to 5 cents a kilowatt-hour by 2020 without subsidies. With that, the trend nowadays is with rooftop solar panel generation as well as smaller utility-scale projects that may total 30 megawatts.

In fact, First Solar Inc. and SunPower Corp. are developing such "community solar plants," which permit consumers to buy into a larger project that it is taking place in a jurisdiction, says the solar association. That concept can also avoid the high-voltage interfaces as well as the cross-subsidization battles now occurring between rooftop solar customers and their electric utilities, it adds.

"Community solar offers the best features of residential rooftop and utility-scale ventures - but without their many drawbacks," write Chris Vlahoplus, John Pang, Paul Quinlan of ScottMadden, Inc., as well as John Sterling is of the Solar Electric Power Association, in this month's issue.

While rooftop solar still has the most potential, it is a hot political issue. That's because of the debate over "net metering," a policy that critics say will siphon away the funds needed to maintain the grid. State commissions are thus challenged to find the sweet spot whereby utilities can afford to maintain their systems and homeowners are motivated to go green.

"It has become a political conversation in which serious dollars are spent," Susan Bitter Smith, chairwoman of the Arizona Corp. Commission, told the Fortnightly audience. "There is a cost-shift and it is hand-to-hand combat."

While both large and small solar energy producers are finding the regulatory and financial terrains tough, they are making increasing inroads into the electricity production market. And that's drawing new suitors, which will work to smooth the solar sector's path forward.