Rather than accept the rhetoric, let’s find out. 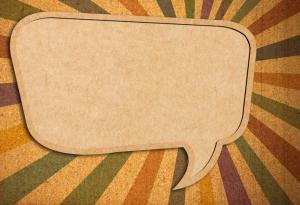 This demand for change by consumers has animated a drive for change by special interests who would thrive as utility regulation is dismantled, or believe they would. Utility regulators find themselves at the center of a drama with stirring lines of death spirals and dying models.

Regulators seemingly have no choice, themselves, nor utilities. Chartered to serve the sovereign consumer, those in public service must support the search for solutions, all the while harboring concerns about cost and affordability and risk and reliability.

And, not what consumers want monolithically, as if we were all a homogeneous blob with uniform wants. Like the new soviet man.

We are as diverse in our consumption of electricity and the characteristics we care most about as for most other commodities of everyday life. I like creamy peanut butter but many like chunky. Some, crazily enough, don't care whether they have creamy or chunky.

And, crazily enough, most folks don't care whether their electricity comes in plaid or pinstripes, as long as it comes, at a reasonably consistent cost. Most folks wouldn't get what all the commotion is about at our conferences.

Nobody I know spends hours of their time fretting about regulation and policy in housing, health care or education except if it's your job. Yet these three slices of household budgets are many times larger than the electricity slice.

We're obsessed with energy issues and yap all day about them. But we've all experienced conversations with relatives and neighbors where we hear a mix of indifference and ignorance about what we do.

But what's missing is asking consumers to consider realistic tradeoffs between two characteristics of a good or service rather than the desirability of a single characteristic in isolation. If you ask whether a favorite food should have fewer calories, while becoming less tasty, then consumer reaction is more complex. Some consumers will accept the tradeoff and many others will say, I'm good with the way it's always been.

What's missing is asking consumers to consider realistic tradeoffs between two characteristics of electricity rather than the desirability of a single characteristic in isolation. If you ask whether electricity should be under their control, while becoming more of a hassle, requiring more of their time, then consumer reaction is more complex. Some consumers will accept the tradeoff. Many others will say, I'm good with the way it's always been.

Consumers could enjoy more choice and control, with their electricity, but they would necessarily be burdened with more confusion and inconvenience as a tradeoff. Generations of market researchers would understand that consumers are diverse. Some consumers would go for a tradeoff like this and some would pass it by.

Innovators and entrepreneurs can try all they want to craft offerings that feature choice and control, to the delight of consumers who crave those characteristics. But consumers that are more comfortable with clarity and convenience will covet the tried and true.

Technological and marketing breakthroughs can help push choice and control. If distributed energy and demand response can be made risk-free, hassle-free and simple, then just like the smart phone and countless mainstays in modern life, mass adoption can take place, eventually engulfing the initially-wary segment of consumers.

A dilemma of this drama remains for regulators. Consumer segment 1 wants a new combination of characteristics in their electricity. Meanwhile, segments 2 and 3 are more comfortable without radical change. Is it possible to accommodate segment 1 in a way that doesn't risk making the other segments worse off actually or perceptually? And if not, what then?

"We don't understand electricity. We use it. You can plug into it and light up a lamp, keep a heart pump going, light a cathedral, or you can electrocute a person with it. Electricity will do all that. It makes no judgment. I think talent is like that. I believe every person is born with talent." - Maya Angelou