Response to Radford Re: EPSA Complaints at FERC on Ohio Contracts

A response to the ‘Following FERC’ column by Bruce Radford in our April 2016 issue.

John E. Shelk is president and CEO of the Electric Power Supply Association.

April 2016’s column by Bruce Radford, entitled “FERC v. Ohio,” focused on the complaints EPSA filed at FERC, to rescind waivers that shield power purchase agreements AEP and FirstEnergy negotiated with themselves in Ohio from FERC's affiliate abuse rules. The column's author predicted that FERC would not likely act on them. By the time this response is published, we may know whether his prediction came true. In any event, EPSA is confident that its position is legally sound and consistent with the purpose of these rules as a means of protecting consumers and the market against self-dealing. 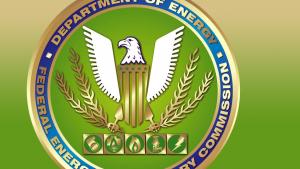 EPSA is far from alone in pushing the complaints. Over a dozen entities filed at FERC on our side, including the Pennsylvania PUC, PJM Interconnection, the PJM Independent Market Monitor, and a diverse set of Ohio residential consumer, business, environmental, and community aggregator groups. Most importantly, the Ohio Consumers' Counsel, a statutory watchdog, filed in support of the complaints. Tellingly, only one group joined the utilities in filing comments opposing the complaints.

Everyone recognizes that the Ohio PPAs are wholesale contracts within FERC's jurisdiction. And, as the PUCO, AEP and FirstEnergy have all acknowledged, the PUCO has no jurisdiction to regulate wholesale contracts. The PUCO's retail authority extends only to funding the PPAs through the non-bypassable charges it approved on March 31, 2016. The PUCO was not, and never will be, in a position to ensure that the terms of the PPAs meet the requirements of the Federal Power Act. Only FERC has that authority.

Key to our complaints is that the basis for the waivers is invalid where costs of the affiliate PPAs are being recovered through a non-bypassable charge assessed to all customers, even those taking service from competitive suppliers. Back when the waivers were granted, FERC reasonably concluded that there would be no abuse in a state with retail choice because consumers could avoid the cost of above-market affiliate generation by choosing a non-utility supplier and thus were no longer captive. In authorizing the recovery of the costs of the affiliate PPAs through non-bypassable charges, the PUCO has now allowed AEP and FirstEnergy to recapture customers as they will have no way to shop away from the exorbitant costs of the PPAs.

Nobody is asking FERC to "declare war on Ohio." Given the support from so many Ohioans, it is similarly inaccurate to suggest that FERC will be "antagoniz[ing] a state that it probably counts as an ally," even if the PUCO might prefer that the complaints be denied.

The complaints are not about how AEP and FE will provide standard-offer default retail service, as the power from the PPAs will be sold into the PJM wholesale market separate from the auctions that provide such default service. Similarly off base is the suggestion that the existence of other non-bypassable charges is somehow relevant. They are not because, unlike the non-bypassable charges funding the affiliate PPAs, those other charges do not involve recovery of the costs of affiliate purchases. Thus they have nothing to do with whether FERC can rely on retail choice to police affiliate abuse in wholesale contracting.

All the complaints seek is rescission of waivers that shield the PPAs from full FERC review. If there is no affiliate abuse and the terms of the PPAs are just and reasonable, the utilities have nothing to worry about. The fact they protest so much suggests they know they have plenty to worry about on that front.

If FERC grants the complaints, all that means is that FERC will review them, including as to the affiliate issues. What the utilities seek by opposing the complaints is to shield them from full scrutiny and no wonder. As the column's author accurately reported, the many expert witnesses before PUCO (except each utility's own witnesses) testified that the ultimate costs to consumers are in the billions of dollars.

If the utilities really believe the wildly high natural gas price projections on which their exaggerated claims of consumer savings must be based, then they would have a fiduciary duty to their shareholders to keep the plants and profit when prices rise. At a minimum, they should guarantee the consumer savings they claim. Of course, if their claims about the economics of the underlying plants were true, the PPAs would be wholly unnecessary.

The column's author is correct, that how FERC handles these complaints will "speak volumes" about the direction of regulation. Competitive suppliers invest shareholder dollars at considerable risk to bring to life the competitive framework Congress expanded in 1992 and which Ohio adopted in 1999. Market participants rely on FERC at the federal level and the PUCO at the state level to make decisions consistent with those legislative directives to inject competition into electricity.

Ohio and twelve other states, plus the District of Columbia, voluntarily opted into PJM in order to let their consumers share in the benefits of a wide geographic footprint. Many of those states, including Ohio, also restructured to separate generation from distribution. Whenever any state improperly interferes with the interstate market, whether Maryland, New Jersey or now Ohio, it is incumbent upon FERC and the federal courts to step in. That is not declaring war on anybody.

As the column's author conceded, the integrity of wholesale markets is "squarely within FERC's wheelhouse." Hopefully FERC has grabbed or will soon grab that wheel and do the right thing. The future of competitive wholesale markets depends on it.