Leonard S. Hyman is an economist and financial analyst specializing in the energy and regulated sectors. He was formerly head of utility equity research at Merrill Lynch, and senior advisor to investment banking at Salomon Smith Barney. At one point, he was on a NASA panel investigating the placement of nuclear power plants on the moon. He is author of America’s Electric Utilities: Past, Present and Future.

William I. Tilles is a senior industry advisor and speaker on energy and finance. He worked as a bond analyst and later headed equity utility research at Dean Witter Reynolds and then Smith Barney. He then became a portfolio manager at Angelo, Gordon & Co. and later at Sandell Asset Management. For a time he ran the largest long/short equity book in the world.

Fortnightly Magazine - July 2016
This full article is only accessible by current license holders. Please login to view the full content.
Don't have a license yet? Click here to sign up for Public Utilities Fortnightly, and gain access to the entire Fortnightly article database online.

Thomas S. Kuhn, the late Berkeley philosopher, conceptualized the paradigm shift. The moment when one big idea supplants another. 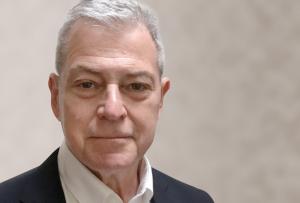 An example is when Copernicus convinced the world that the earth circled the sun and not vice versa. A shift can take decades. Old and new paradigms co-exist until the old one fades out when its followers retire or die. As the German physicist Max Planck put it, “Science advances one funeral at a time.”

Okay, now let’s cut from the history of science to electricity. Kuhn’s concept can shed light on three electricity paradigm shifts, as the industry adjusts to climate change, transitions from a central station to distributed model, and develops new business and financial structures to replace those that pre-date Samuel Insull.

Let’s start with climate. Under the old paradigm, electric utilities selected options to produce the lowest priced electricity for most consumers. They did not consider externalities, such as costs imposed by climate change or pollution, unless instructed to do so by regulators. They resisted customer preferences that did not fit the model. The paradigm produced reliable, increasingly clean, and affordable service. But times change.