William McCollam, Jr., the president of the Edison Electric Institute from 1978 to 1990, died peacefully on July 30. 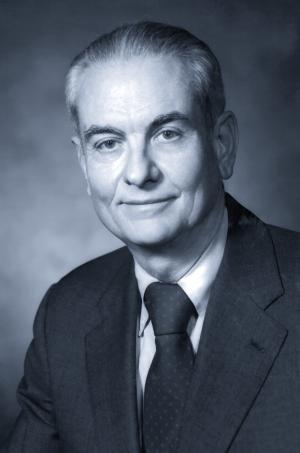 McCollam grew up in Houma, Louisiana, and entered Louisiana State University at the age of 15. After graduating LSU in 1943, he entered the U.S. Military Academy at West Point.

Graduating from West Point with honors in 1946, he later served in the Korean War, receiving two Bronze Stars for service in the 2nd Engineer Special Brigade. He participated in the historic Battle of Inchon.

McCollam earned a masters in engineering at the Massachusetts Institute of Technology in 1954. He returned to West Point as an instructor from 1958 to 1961. He also served in the Army Corps of Engineers from 1946 to 1961, achieving the rank of lieutenant colonel.

During his dozen-year tenure at EEI, beginning in 1978, McCollam was a tireless spokesperson for the industry, including on the pages of Public Utilities Fortnightly. He led the industry's response to the 1977 Clean Air Act Amendments, 1977-78 bituminous coal strike, 1978 Public Utility Regulatory Policies Act (and the other energy legislation passed that year), 1979 Three Mile Island accident, nuclear prudence cases of the 1980s, and development of the 1990 Clean Air Act Amendments, among other challenges.

He came to EEI right before the association moved from New York to Washington, D.C., and right before EEI's merger with the National Association of Electric Companies. NAEC was the lobbying and advocacy group for investor-owned utilities to that point in time. McCollam had to figure out how to integrate those very different cultures, the technical and legal staff of EEI, and the governmental affairs staff of NAEC.

His successor at EEI, Tom Kuhn, reflected on McCollam's legacy in an interview with Public Utilities Fortnightly on August 5:

"Bill was a pioneering leader in our industry and a wonderful friend, and I learned a great deal from him. Bill was incredibly dedicated and committed. He always did his homework on things and expected others to do theirs, too. He was a specialist at organization management, and had a real concept of completed staff work."

"Bill also expected that each and every employee would take responsibility and accountability for his or her work. He encouraged everyone to put forth the best effort every time. That was a great lesson."

"After Bill retired in 1990, I asked him to serve as president emeritus to help work in the international arena. He was a great representative for EEI and was known around the world as a leader of our industry."

In this great industry of public service, we've all been touched by individuals with distinguished careers and, from time to time, must mourn the passing of one. On this page we can remember and salute some of them. Suggestions for Energy Memories, for future issues of  Public Utilities Fortnightly, will be welcome. Send your suggestions to mitnick@fortnightly.com.