Essential in the 20th Century, and in the 21st

Dr. Roger Bezdek is an internationally recognized energy analyst and president of MISI, in Washington D.C. He has over thirty years of experience in the energy, utility, environmental, and regulatory areas in private industry, academia, and the federal government. He served as senior adviser in the U.S. Treasury Department, and as U.S. energy delegate to the European Union and the North Atlantic Treaty Organization. He also served as a consultant to the White House, federal and state government agencies, and numerous corporations and research organizations.

Fortnightly Magazine - September 2016
This full article is only accessible by current license holders. Please login to view the full content.
Don't have a license yet? Click here to sign up for Public Utilities Fortnightly, and gain access to the entire Fortnightly article database online.

In part I, "Unsung Role of Fossil Fuels in the Miracle of U.S. Growth," I noted that the recent book by Robert Gordon, The Rise and Fall of American Growth, has generated enormous controversy.1 Dr. Gordon's thesis is that the incredible technological innovations of the period from 1870 to 1920 were a one-time-in-history event that cannot be replicated. 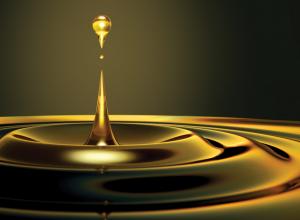 According to Gordon, no other similar period in history has brought comparable progress. Or, more importantly, is likely to again. The U.S., and the world, should get used to annual productivity and growth rates of about one percent or less, instead of nearly three percent.

This is a huge difference. Further, he contends that there is little that governments can do in terms of monetary, fiscal, tax, or other policies to measurably change this. This is a pessimistic message with profound economic, social, and political implications.

The firestorm of debate Gordon has generated focuses on whether he is correct in concluding that the U.S. faces an inevitable future of anemic growth. However, a critical issue is not being discussed.

Nowhere in Gordon's entire 762-page book does he give credit to fossil fuels for the economic miracle of the past two centuries. Or indicate their importance for future economic and technological progress.