Leonard S. Hyman is an economist and financial analyst specializing in the energy and regulated sectors. He was formerly head of utility equity research at Merrill Lynch, and senior advisor to investment banking at Salomon Smith Barney. At one point, he was on a NASA panel investigating the placement of nuclear power plants on the moon. He is author of America’s Electric Utilities: Past, Present and Future.

William I. Tilles is a senior industry advisor and speaker on energy and finance. He worked as a bond analyst and later headed equity utility research at Dean Witter Reynolds and then Smith Barney. He then became a portfolio manager at Angelo, Gordon & Co. and later at Sandell Asset Management. For a time he ran the largest long/short equity book in the world.

In our previous articles we wrote about electric utility industry paradigm shifts. These are caused by profound environmental and technological disruptions such as climate change, decentralized modes of renewable power generation, and financial structures required for a changing industry. 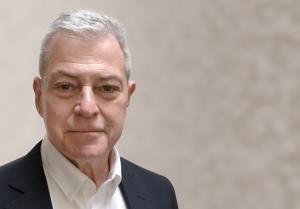 As the U.S. electric industry decarbonizes, new renewable distributed generation will be added to the generation mix, not all of it owned by utilities. But allowing new entrants into the electric power generation business, and to a degree impairing former monopoly franchises, is old hat by now.

And the electric industry has proven extremely resilient in the face of it. Still, the industry business or operating risks are higher than in previous periods. The utility meter itself, which used to be a very wide moat as they say in business schools, is no longer impregnable.

In terms of a new utility financial paradigm, we suggested stronger balance sheets to offset higher business risks. If various asset values prove increasingly uncertain, then depreciation expense may be too low. Earnings could be at peak levels. And stock dividends vulnerable to reductions. This is hardly the stuff of peak valuations. 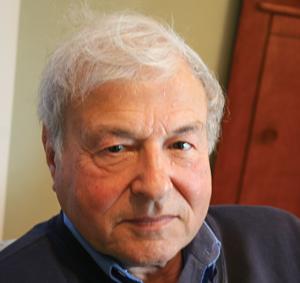 The other bit of good news is that these technology transitions could take decades. We're moving from coal to gas as a boiler fuel, while we're slowly transitioning from fossil fuels to renewables. Renewable constraints in terms of scale and intermittency may also affect the pace of this transition.

Given all the operating and technological uncertainties, we would fund research aggressively. We have faith that the likes of Southern Company or Duke Energy can find a suitable garage. And people it with our industry's next generation of Bill Gates or Steve Jobs. Do it even if the regulators don't approve the expenditure for rate making. You can't afford not to.

The operating environment will become more challenging due to weather, water (too much or too little), and the like. Perhaps parts of the
grid should be re-engineered to periodically break away during periods of extreme stress.

We're thinking here about islands, coastal barrier beaches, and other areas which may require ongoing disproportionate resources. Perhaps it would be better to regard these areas, with tenuous physical connection to the mainland, as laboratories for micro-grid development. If successful, it is likely that reliability would improve and long term costs would decline.

In recent years we've witnessed a transition from volumetric to fixed demand charge pricing. Longer term, we believe this incentivizes customers (especially large sophisticated ones) to leave the grid entirely once economic thresholds have been crossed. Don't stand on principle. Think competitively.

As we transition an enormous energy infrastructure, it makes intuitive sense that a system demanding fewer kilowatt-hours will be easier to change than a far larger one. Sell your customers an end result, not a commodity.

Building more rate base could turn into a risky investment as the industry changes. Investors might make bigger profits at companies that reduce risk on existing assets, rather than those that plow more money into riskier assets. Growing rate base is not the only way to create value for shareholders. Reducing risk levels can create value too.

It is an open question for us whether rate base, rate of return regulation remains appropriate longer term. This is fine regulatory technique for asset heavy businesses with decent growth rates. However, both of these industry conditions may change over time. If utility operations grow to include behind-the-meter service offerings, new regulatory structures are likely.

Customer demand and need for electricity has never been greater. It would not be overstating to say that having access to electricity, and what it implies for quality of life, is almost the definition of what it means to be modern. That's not a bad value proposition for any industry.

But electricity remains unique. Its customers want to enjoy more of its benefits while consuming less of the commodity itself.

Looking at other recent industry disruptions such as retail or telecommunications, if we had to guess, we'd say the electrics are in far better competitive shape than Sears or Macy's. But maybe not as solid as the telco's. However, seriously addressing the six issues we've raised might ease an inevitable industry transition.