Off Peak: What Ernie Knew!

Branko Terzic is a managing director at Berkeley Research Group, and a nonresident senior fellow of Atlantic Council’s Global Energy Center. He served as commissioner on the FERC, and on the Wisconsin Public Service Commission, and as CEO of Yankee Energy System, Inc.

Public testimony was the highlight of many electric, gas, water and telephone public utility rate increase request hearings during my years as a commissioner on the Wisconsin Public Service Commission. I was on the PSC from the summer of 1981 to the end of 1986. 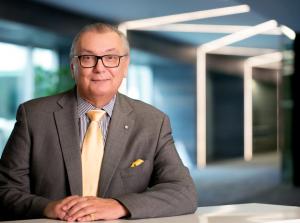 This period followed the first and second oil shock price increases of the 1970's. The impact of double-digit inflation and double-digit interest rates was dramatic on the general economy. The utility industries felt the full effect.

Rate increase applications were frequent and for large amounts. The public, legislators and the governors all looked to the state PSC's for relief. Utilities may have been monopolies when it came to selling services. But they unfortunately purchased everything they needed in the same competitive markets then experiencing price increases.

The hearing process for the rate cases consisted of two parts. The first part was for the technical hearings. The many expert witnesses, pro and con for the rate increase request, presented their testimony and were cross examined.

The second part was taking testimony from members of the public. That testimony was generally along the lines of citizens' opinions about quality of service, the utility's treatment of customers when it came to billing and operations of their call centers, price impact of utility bills on family budgets, and any other information the public witnesses wished to share.

As expected, it was a rare witness who urged the PSC to approve the rate increase request. Most typical was a plea to the commissioners to deny the increase request on the grounds of unaffordability.

The commissioners and staff were careful to treat all public testimony with respect and sensitivity. Rarely was a public witness, providing sworn testimony subject to perjury laws, cross-examined by the utility's attorney or by the commissioners.

Here's an example of the latter. There was an instance when I, as a presiding commissioner innocently asked an elderly public witness, who had arrived with a group (and had just finished reading a prepared statement). "Does that conclude your testimony?"

The surprising response was, "Well, it's not really my testimony. The guy in the back gave me this to read. And told me we'd get lunch later."

The entire room laughed. One poor fellow in the back flushed red.

There was one occasion in a small town hearing concerning a municipal water utility. A local matron brought her most recent bill to the hearing. She just could not understand what one of the charges on her bill was about.

She did not get a satisfactory answer when calling the water utility. PSC staff quickly concluded that the line item in question had been a temporary surcharge approved some years ago. It should also have been removed from the bills years ago. Everyone in town was thus due a refund.

The most memorable public testimony came during a natural gas rate increase request. It took place in the hall of a suburb of one of our northern communities.

Two men arrived together. Both signed up to speak. As we called the first name, the gentleman asked whether both he and his friend could testify together.

Having multiple witnesses was difficult on the court reporters. The PSC generally tried to avoid it.

This was one of the few hearings where all three commissioners were present. Chairman Ness Flores, a former Circuit Court Judge, sat with Commissioner Mary Lou Munts, a former state representative, on his left. And there was me on his right all at a long table.

The court reporter was positioned in front of us. The chair for the witness was to my right.

I don't remember the name of the witness. But he came up and made his request to have his friend join him. The Chairman asked whether their testimony would be the same, and the witness said that it would.

The Chairman then told the witness to proceed, and said the second witness could come up later if the first one missed anything. The witness said that would be fine. He was sworn in by the Chairman.

"Well commissioners," he said. "Ernie (nodding in the direction of his friend) and I figured out how the gas company is cheating the public. Would you like to hear how?"

"Well," he responded, "Ernie and I got a hold of an old gas meter. And we connected it to an air hose. And guess what happened?"

"The dial went around," explained the witness with great satisfaction, before continuing. "And that's how they did it."

"That's how they did what?" asked Chairman Flores.

"That's how they cheat the public!" gleefully explained the witness, as Ernie nodded agreement.

"Let me help," I volunteered. "Sir," I asked the witness sitting immediately to my right. "Are you saying you believe that the gas company is putting air in the lines and charging you for it?"

"Yes. Exactly," he replied to the applause of some members of the public.

The three Commissioners looked at each other wondering how to proceed. Commissioner Munts looked down the table, across Chairman Flores, and said, "Branko, go ahead."

I proceeded carefully. "Sir," I said. "Don't you think if there was air in the pipes, rather than natural gas, there wouldn't be a blue flame on the range top burner?"

"Really?" he asked, looking at me intently.

"Trust me," I said, and for some inexplicable reason added, "I'm an engineer!"

"Is that right, Ernie?" asked the witness, looking at his colleague Ernie in the first row, who shuffled his feet and looked down as he said softly, "I guess so."

This when Judge Flores leaned forward and cut the witness off by saying,

"Well, it was commendable that you two fellows had gone to all that trouble, and bothered to look into a possible problem."

"On behalf of the PSC," continued the Chairman, "I would like to express our gratitude and thank the two of you for your efforts. And for taking the time to come down and give direct testimony."

Ernie smiled. As did the witness, who returned to the audience accompanied by a round of applause.

Folks, this is all from memory. I should have kept the transcript. But it really happened. Two guys probably remember it even better, the witness and Ernie.