Response to Mitnick Re: Costs Fixed Depending on Timeframe

In the July 2016 issue of Public Utilities Fortnightly, the Editor-in-Chief's column, "Costs Fixed Depending on Timeframe," was incisive and provocative. Mitnick correctly identified the different time perspectives of the utility industry versus the solar advocates. His observation, that we are heading toward an industry that will become increasingly dominated by fixed costs, was visionary. 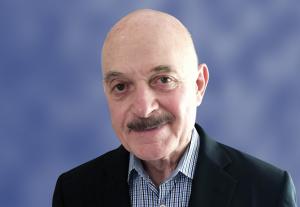 Even so, he could have gone one step further. He was on the brink when he correctly stated that a hundred percent fixed charge tariff would provide: "... no incentive to conserve, to curb usage."

Every power system has a limit beyond which it cannot serve additional load. Regardless of how large the capacity, there will be times when customer demand will exceed it.

Today, the electric power industry typically resolves these events through involuntary load curtailments (rolling blackouts), which are costly and disruptive. To reduce the likelihood of such events, the industry carries substantial amounts of reserve system capacity, which is also costly and wasteful. The industry's generally accepted one-in-ten-years reliability criterion has never been justified on economic grounds.

A better way to deal with capacity shortage events is to use scarcity pricing to ensure that only those loads that customers value most are served. This works by letting the energy price rise to whatever level is needed to get customers to voluntarily curtail their least-valuable loads, up to the point where the remaining demand equals the available system capacity.

Thus, the optimal tariff to employ with a purely fixed-cost power system would still include a dynamic volumetric energy price. In most hours the price would be zero. But occasionally it would spike up to high levels.

The revenues collected during those price excursions would recover most of the investment in the power system. This would obviate the need for metaphysical arguments over short-run versus long-run fixed and variable costs.

In fact, scarcity pricing is the right tool to use today, even though our current power systems involve significant variable cost components. The industry should consider implementing a pilot program.