A general response to the articles by Michael Deggendorf and by Paul Afonso, Lauren Azar, Dian Grueneich, James Hoecker in our August 2016 issue

Leonard Hyman is an economist and financial analyst specializing in the energy and regulated sectors. He was formerly head of utility equity research at Merrill Lynch, and senior advisor to investment banking at Salomon Smith Barney. At one point, he was on a NASA panel investigating the placement of nuclear power plants on the moon. He is author of America’s Electric Utilities: Past, Present and Future.

The August 2016 issue of Public Utilities Fortnightly contained two articles that made the irrefutable case that we need to shore up grid resilience, in light of the actual cases of terrorism, vandalism, natural disasters and state-supported cyber sabotage in the past decade and the possibility that suicidal fanatics and state-sponsored hackers will accelerate the efforts. (See “No-Regrets Approach to Enhancing Grid Resiliency” by Michael Deggendorf and “Preparing for the Inevitable” by Paul Afonso, Lauren Azar, Dian Grueneich and James Hoecker.) 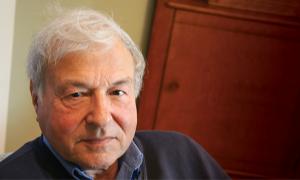 The solution proposed by your authors is to strengthen grid security and resilience. I can’t argue with those measures. But I’m not sure that they are getting to the root of the problem.

It reminds me of an encounter with a federal regulator after September 11. I asked the regulator how the government was adjusting new transmission and market plans to the threat of terrorism.

My point was that centralization into large market or control regions might make larger areas vulnerable to sabotage or attack. In other words, the bigger they are, the harder they fall.

The regulator replied that new markets would make the industry safer, or words to that effect. Here’s my totally unscientific point.

Large systems are complicated. We may not fully understand the consequences of failure within the systems. So when they go down, they go down big time, closing down economic activity and making recovery expensive and difficult.

Perhaps we need to spend more time asking whether small decentralized systems can accomplish the same end as the large systems. Also ask whether using smaller systems makes sense economically, once we factor in the costs of an occasional large system failure.

These costs are often borne by the consumers rather than the providers of the service. The potentially imminent arrival of microgrids and economical small-scale generation ought to generate discussion.

Nothing precludes the local utility from getting into the game either. Does the grid become more of a safety net than a super highway?

Electricity providers throughout the world probably should gird themselves for more suicidal bombers, Russian hackers and violent storms. Obviously providers need the means to recover quickly. But they, or the government, should be asking whether technological innovation and change in industry structure could make the electricity supply less vulnerable to disaster as well.