Marc Miller is a partner with ScottMadden. Marc leads ScottMadden’s public power and electric cooperatives practice, and his clients have ranged from Fortune 500 companies to government-owned utilities. Marc has more than fifteen years of experience assisting business leaders with strategic and business planning, operational improvement, organizational design and staffing, and other management practices.

Bob Gibson is vice president of knowledge with the Smart Electric Power Alliance. Prior to this role, Bob was a senior manager, leading analysis of renewable energy and energy efficiency technologies and business models, for the Cooperative Research Network of the National Rural Electric Cooperative Association.

In Texas, the vast majority of solar growth has occurred in the service territories of municipal and cooperative utilities. However, the larger competitive wholesale market with retail choice has only seen modest growth. 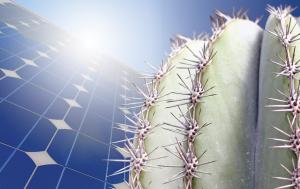 In November 2015, we joined with the Smart Electric Power Alliance in hosting senior energy executives on a fact-finding mission to Texas. The objective of the trip was to understand the role of solar in a state with such unique market dynamics.

What the group found is municipal and cooperative utilities innovating to develop distributed and utility solar offerings.

Solar has been limited in competitive markets, though retailers are finding creative ways to offer solar products. Customers in all Texas markets will benefit from the expected boom of utility solar in the Texas oil patch. 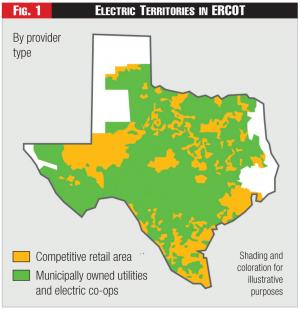 Several years later in 2002, Texas implemented retail market deregulation. While municipal and cooperative utilities were only included if they opted in, this development required investor-owned utilities to divest generation assets and become poles and wires companies.

With retail deregulation, registered retail electric providers began to compete to serve customers. One is designated by the Public Utility Commission of Texas to be the provider of last resort service for each customer class in each electric utility service area that is open to competition.

The last resort service is relatively high-priced. It thereby encourages customers to select a service from a provider that meets their needs.

The deregulation design in the wholesale and retail markets makes Texas distinctly unique. But it also produces two distinct markets for solar growth. 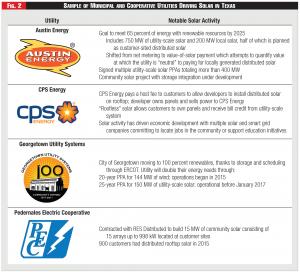 The market that has driven the vast majority of solar to date is in the territories of municipal and cooperative utilities. They are overwhelmingly exempt from retail deregulation.

These utilities account for twenty-five percent of total load. They may source or own generation while providing full retail service to electric customers in their service areas.

In addition, these utilities may be influenced to pursue solar generation by local directives from local boards of directors or from city councils setting municipal renewable energy targets.

The second market is a competitive wholesale market with retail choice. Here, solar has been slow to appear.

In the competitive wholesale market, the system operator is responsible for scheduling power on an electric grid. This grid consists of forty-three thousand miles of transmission and five hundred fifty generation units.

Wholesale energy prices are closely correlated with the cost of natural gas. This is the primary fuel for the majority of generation in Texas. 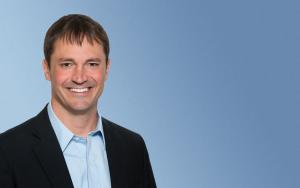 “The near-term economics, which have a greater influence in the competitive retail market, are not there yet for distributed solar.” – Marc Miller

The competitive retail market accounts for seventy-five percent of total load. One hundred and ten retail electric providers serve customers who are able to choose their electric rate plan.

Since the inception of retail choice, ninety percent of retail customers have switched providers at least once as of September 2014. This indicates retail choice is functioning as intended to create choices and competition.

During the fact-finding mission, executives on the ground observed that a large and growing percentage of municipal and cooperative customers want options, and not simply low-cost, reliable power from any source.

This sentiment matches the broader industry trend toward greater customer capability to choose energy sources and control energy consumption. For example, a national survey conducted in 2014 found homeowners maintain a favorable view of their utility. However, a large majority (sixty-nine percent) would like more choices when it comes to purchasing electricity for their home. 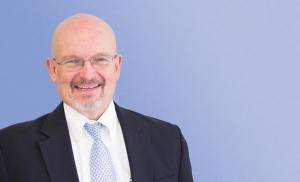 “This mission highlights the importance of market structures and economics in the growth of solar.” – Bob Gibson

These utilities accounted for eighty-six percent of cumulative solar capacity installed at the end of 2015. However, this success in solar has not come just because of the market construct. Rather, it has come because municipals and cooperatives are combining a lasting strong connection to their customers with the technical and operational capabilities to deliver the services that those customers want.

Consumers and retail electric providers are subject to long-term price uncertainty in the competitive wholesale markets. In addition, retail net metering is not available to customers in these markets.

In this setting, utility-scale and distributed solar deployment has historically been limited, unable to compete against low natural gas prices and competitive wind resources. This dynamic is changing for utility-scale solar with the continued cost declines of solar technology and recent extension of the thirty percent federal investment tax credit.

The best economics for solar are in the western portion of Texas, where less cloud cover allows a thirty to fifty percent increase in solar production relative to the eastern portion of the state. Transmission infrastructure constraints notwithstanding, expect utility-scale solar development to continue to expand in west Texas.

The near-term economics, which have a greater influence in the competitive retail market, are not there yet for distributed solar. Rooftop solar has been slow to develop in most parts of Texas in absence of retail net energy metering. However, municipal utilities like CPS Energy, with solar rebates, and Austin Energy, with a value of solar rate, have created islands of rooftop growth.

Nevertheless, retail providers such as TXU Energy and MP2 Energy have recently created retail offerings that are partially or fully-sourced with solar.

Maura Yates, MP2 Energy’s vice president of sustainable solutions, characterizes solar as a risk mitigation tool in both the retail and the wholesale side of her company’s business. “Finding value in solar on the risk side leads to innovation on the product side,” she says. Most of MP2 Energy’s retail products are a hundred percent renewable energy.

This follows the launch of “TXU Solar with SunPower,” a rooftop solar installation service offered in partnership with the national solar company SunPower in an area of north Texas.

The long-term potential is evident in recent market forecasts. Driven largely by utility-scale solar, GTM Research forecasts cumulative solar capacity in Texas will increase from around five hundred megawatts to over seven thousand megawatts by 2021.

A separate ERCOT analysis corroborates the finding that solar is poised for rapid growth.

In October 2015, the system operator released a report evaluating the potential implications of compliance with the Clean Power Plan final rule on resource mix and grid reliability.

The report, which did not distinguish between utility-scale and distributed resources, included thirteen thousand megawatts of new solar by 2030 in the baseline scenario. Meeting the Clean Power Plan and other environmental regulations could result in an additional eleven hundred megawatts of solar.

The fact-finding mission to Texas highlights the importance of market structures and economics in the growth of solar deployment. Driven by customer interest and policy objectives, distributed and utility-scale solar has thrived in municipal and cooperative service territories.

The same has not been true in the competitive wholesale market with retail choice. However, this market is likely to see rapid growth of utility-scale solar, driven by improving and competitive project economics.