Part 3 in a Series on Electric Power in Japan

Glenn R. George is a senior vice president in NERA’s Global Energy, Environment, and Network Industries Practice, where he advises clients on the economics of electric power, natural gas, and related markets as they evolve in response to political, regulatory, and technological change. He has three decades of experience in the global energy sector as an engineer, policymaker, entrepreneur, investment banker, economic consultant, regulatory expert, and strategist. He advised the Government of Japan on the new electric power market rules which went into effect in April of this year. Dr. George holds an engineering degree and an MBA, both from Cornell University; a PhD from Harvard University, with a focus on regulatory economics; and is a registered Professional Engineer in the District of Columbia. Hans-Martin Ihle is a senior consultant in NERA’s Global Energy, Environment, and Network Industries Practice and is based in the Tokyo office. Mr. Ihle has nearly ten years’ experience in the design and implementation of auctions and competitive market mechanisms. He advises NERA clients on auctions and regulatory issues in energy, telecommunications, and other sectors worldwide, with a focus on the Asia-Pacific Region. Mr. Ihle holds a Masters in Economics from the University of Cambridge, where he specialized in industrial organization, game theory, and applied econometrics.

Fortnightly Magazine - November 2016
This full article is only accessible by current license holders. Please login to view the full content.
Don't have a license yet? Click here to sign up for Public Utilities Fortnightly, and gain access to the entire Fortnightly article database online.

Japan has embarked on a remarkable transformation of its energy markets, as described in the first two articles in this series, which appeared in the August and October issues of Public Utilities Fortnightly. 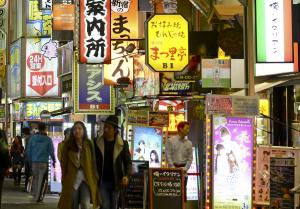 Some of the greatest changes to date have been those to the regulatory regime surrounding its electric power sector. Competition is being introduced at both wholesale and retail levels through functional unbundling of generation from transmission, distribution, and retail elements in the electric power value chain.

These market changes will create a cascade of effects throughout the electric power sector. Functional unbundling will expose the standalone profitability of the generation and retail arms of incumbent vertically-integrated electric power companies.

Such unbundling should prevent cross-subsidization from the regulated transmission business. This will help local electric power companies steer new investments into the most productive and profitable areas, and will quite naturally help them position themselves in the liberalized market.

Market changes and the post-Fukushima retirement of nuclear plants will create market entry opportunities in the wholesale power generation sector, particularly for fossil and renewable generation. In the retail sector, a wide variety of new business models and non-traditional service providers will begin to compete with the incumbent power companies.