On December 27, 1931, Edward Hammer was born in Brooklyn, New York. In 1976, Hammer invented the compact fluorescent lightbulb, the CFL. 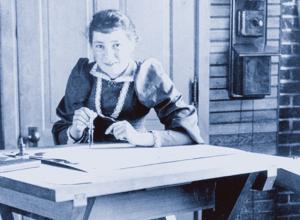 Thomas Edison and Nikola Tesla had developed fluorescent lights in the late nineteenth century. But neither marketed them. Peter Hewitt went further in the early twentieth century. Though the blue-green light color of his lights was unpopular.

By coating neon tubes with phosphors, fluorescents produced a white color. White fluorescents were a hit at the 1939 World’s Fair in New York.

The 1973 oil crisis stirred researchers to create more efficient lighting. At the time, foreign and domestic oil was a major power plant fuel.

Sylvania miniaturized the fluorescent in 1974 to tuck it into a bulb. Production was difficult however.

That’s when Hammer came up with the idea of making the fluorescent into a spiral in the shape of, well, a bulb. Alas, his company General Electric found it was difficult to manufacture. So the CFL languished until other companies began manufacturing and marketing the concept nearly twenty years later, in 1995.

The CFL dominated the campaign to make lighting more energy efficient for the next fifteen years or so. Ironically, Hammer died in 2012. Soon after, CFLs lost their luster. The light-emitting diode or LED became the star.

On December 16, 1869, Bertha Lamme Feicht was born near Dayton, Ohio. She was the first woman to receive a degree in engineering other than in civil engineering. At age twenty-four, she graduated Ohio State in mechanical engineering with a specialty in electricity. She was then hired by Westinghouse as its first female engineer.

Her brother Benjamin helped to design the precedent-setting electrical system for the 1893 Chicago World’s Fair. He later worked on the hydroelectric dam on the Niagara River, which would light much of the northeast.

Her husband Russell Feicht designed the then huge two thousand horsepower motor that George Westinghouse displayed at the 1904 St. Louis World’s Fair. Feicht’s brother and her husband both served as the company’s chief engineer at different points in time.

Feicht collaborated with her brother and her husband. But her contributions to these historic achievements are unknown. It wasn’t customary to credit women then. Though, it is intriguing that she was right in the middle of a growth spurt of our industry.

On December 29, 1868, William Merrill was born near Buffalo, New York. He founded Underwriters Laboratories in 1894. The UL symbol on machines, appliances and devices came from him.

Merrill was an electrical engineer when, in 1893, he was sent to the Chicago World’s Fair. His job was to confirm for insurers that the spectacular Palace of Electricity was wired safely. Before long, his start-up was inspecting and approving virtually all electrical equipment with the characteristic UL.

On December 12, 1843, Marcel Deprez was born south of Paris, France. He focused, in the 1880’s, on transmitting electric power over record distances. Deprez and his colleagues ultimately transmitted 20 megawatts, at 125 kilovolts, over 230 kilometers.

However, the industry soon became persuaded that transmission over distances required alternating current. Deprez had relied on direct current.