A Man of Power and the Public Interest

Concern for the Grid

Branko Terzic is a managing director at Berkeley Research Group, and a nonresident senior fellow of Atlantic Council's Global Energy Center. He served as commissioner on the FERC, and on the Wisconsin Public Service Commission, and as CEO of Yankee Energy System, Inc.

One of the great names in U.S. utility regulation is that of the late Joseph C. Swidler (1907-1997). His was a remarkable career. 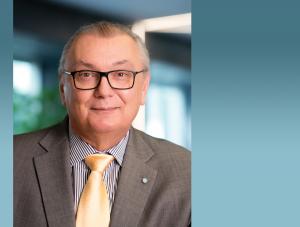 Swidler was a young general counsel of the Tennessee Valley Authority in the 1930's. Newly appointed TVA Chairman David Lilienthal tasked him to complete negotiations for the acquisition of transmission assets from the utility holding company Commonwealth and Southern Corporation.

The utility had been led by future Republican presidential candidate Wendell Willkie.

Its assets became the backbone of the newly formed Tennessee Valley Authority.

Later, Swidler would serve as Chair­man (1961-1965) of the Federal Power Commission, predecessor to the Federal Energy Regulatory Commission, and after that as Chairman (1970-1974) of the New York Public Service Commission.

I had met Swidler earlier in my career while I served as a Commissioner on the Wisconsin Public Service Commission, the agency where the Tennessee Valley Authority's David Lilienthal began his governmental career as an appointee of Governor Robert "Fighting Bob" LaFollette. But it wasn't until I was on FERC that I had some regular meetings with Swidler.

The topic was always the same - the state of the nation's power systems. Appearing at the Edison Electric Institute's annual meeting on June 4, 1963, Swidler gave a speech on the topic, "The Special Research Problems and Opportunities of the Electric Power Industry."

His influential speech led to the immediate formation of the Energy Research Council, which was later to become the Electric Power Research Institute.

Swidler led the Federal government's efforts to assess the nation's electric grid, starting in 1963 with the creation of the National Power Survey and its final report in 1970. During the preparation of the report, the nation experienced the largest electrical blackout in U.S. history, on November 9, 1965. That event led to the creation of the North American Electric Reliability Council in 1968. The creation of NERC was another Swidler victory.

It was now 1990 and Swidler was adamant that the government needed to immediately update the twenty-year-old National Power Survey report. He wrote in his 2002 memoir, "Power and the Public Interest," "The FPC and FERC abandoned the role of industry leader and gadfly, reverting instead to preoccupation with its regulatory role."

As a new FERC commissioner I was supportive, but budget realities and institutional indifference meant that Swidler's pleas for an update of the report fell on deaf ears.

At one lunch meeting I caught Swidler glancing at the enamel pin I wore in my lapel.

"Please," I said. "Take this one, there are plenty of these at the Commission."

I removed the pin from my lapel and passed it across the table to him. He immediately attached it to his suit lapel, thanking me while doing so.

A week later a package from Joe Swidler arrived at my FERC office. Inside was a handwritten note and a smaller box.

The note said "Dear Branko, Thank you for the new FERC pin. Please accept this FPC Commissioner's pin. It is an extra as I also have a FPC Chairman's pin, which differs, as it has a diamond center. Yours, Joe."

The FPC Commissioners' pin was significantly more elaborate than the enamel FERC pin. First, it is solid gold and second, it has a tooled screw mounting! Clearly I got the best of the swap.

It took another East Coast blackout, this time on August 14, 2003, to get federal legislation to address Joe Swidler's concerns about more frequent monitoring of the nation's power grid.

The Energy Policy Act of 2005 established a National Reliability Organization under FERC to do so. Perhaps, had we listened to Joe a decade earlier, the 2003 electric blackout could have been avoided. Who knows?