The Sun Shines for All

Ed Smeloff leads Vote Solar’s regulatory team working to transform the electric power system to be cleaner, smarter and more durable by integrating solar power and other clean energy technologies at all scales from rooftop to utility-scale power plant. Vote Solar is involved in regulatory activities in twelve states. Before joining Vote Solar, he worked for SunPower Corporation as its director of utility and power plant sales. There he was responsible for the development of more than a gigawatt of solar power plants now in operation across the United States.

Fortnightly Magazine - January 2017
This full article is only accessible by current license holders. Please login to view the full content.
Don't have a license yet? Click here to sign up for Public Utilities Fortnightly, and gain access to the entire Fortnightly article database online.

About a decade ago, former California Governor Arnold Schwarzenegger set a goal to make solar widely available to residents of the Golden State. The program he initiated, the California Solar Initiative, has already reached nearly six hundred-thousand homes and businesses. 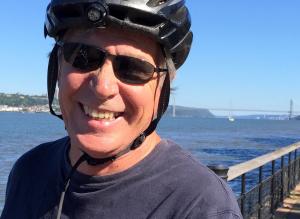 More notable, though, was the greater impact. It contributed to reducing the cost of solar in the U.S. by more than half.

When the program started, most people paid out of pocket for their rooftop solar systems. Many of these early adopters valued the clean air and other societal benefits they were creating with their investment in rooftop solar.

These middle-class homeowners were the pioneers who took some risk as a new technology was emerging. We should thank these early adopters for creating a public good by creating early demand, which allowed the solar industry to grow at a record pace. So that many more electric customers could subsequently benefit.

A great example is in the Golden State, which has the greatest renewable deployment and overall power consumption in the U.S. In 2015, sixty-five percent of rooftop solar installed in California was in zip codes with median incomes of seventy thousand dollars or less.