John Hargrove is President and CEO of the Association of Energy Services Professionals. Mike Mernick is a Senior Vice President and the Director of Market Development for ICF's Commercial Energy Division. He has led ICF's Energy Efficiency business since 2006. Mernick assisted his first utility DSM client in 1987, and has served as the senior manager for ICF's support to the U.S. EPA's ENERGY STAR® Residential, Product Labeling, and Commercial and Industrial Programs. Michael Volker serves as the current Chair of the AESP. He is the first representative of a co-op to lead the AESP. Volker serves as Rates and Treasury Manager at East River Electric Power Cooperative. Sara Conzemius is a Founding Advisor and Co-Owner of ILLUME. She has over fifteen years of experience leading the planning, development, and evaluation of residential, renewable, and commercial energy efficiency programs. Conzemius is the immediate past Chair of the Board of Directors for AESP.

When then-President Jimmy Carter famously said in 1977, "We must face the fact that the energy shortage is permanent. There is no way we can solve it quickly, but if we all cooperate and make modest sacrifices, if we learn to live thriftily, and remember the importance of helping our neighbors, then we can find ways to adjust and to make our society more efficient and our own lives more enjoyable and productive." 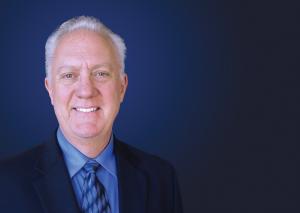 And thus, even though Carter would be roundly criticized for his approach and for wearing a sweater to underscore his message, an industry was born.

In this, the first of three parts on the history, present situation, and future of energy efficiency, we'll take a macro view of the efficiency industry and how we got here.

In the 1970s, the global and regional issues the United States was facing set the stage for the creation of a new sector of the energy economy. Oil prices and the politics of energy in general were out of control, due in part to geo-political issues and the rising cost of all forms of energy.

Nuclear energy was suffering from unmanageable construction costs and was hard-hit in 1979 because of the catastrophic accident at the Three Mile Island power plant in Pennsylvania. Homes were getting bigger and so were interest rates, which left us with less money to pay our utility bills.