The Impact of Time-of-Use Rates in Ontario

Neil Lessem, Ahmad Faruqui and Sanem Sergici are economists with The Brattle Group, based in San Francisco, Sydney and Boston respectively. Dean Mountain is a professor of economics at McMaster University and a founder of Mountain Economic Consulting. This article is based on research for the Ontario Independent Electric System Operator (IESO). The authors are grateful to IESO staff Kausar Ashraf, Phil Bosco and Nik Schruder for their assistance during this multi-year project. The views expressed in this article are solely those of the authors and not those of The Brattle Group or its clients. Comments can be directed to neil.lessem@brattle.com. The full report is available at www.ieso.ca.

Besides Italy, the Canadian province of Ontario is the only region in the world to have rolled out smart meters to all of its residential customers and to have deployed time-of-use (TOU) rates for generation charges to all customers who stay with the regulated supply option. 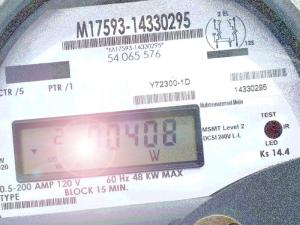 TOU rates were deployed as a load shifting measure in Ontario to persuade customers to curtail electricity usage during the peak period, by shifting that usage to less expensive mid-peak and off-peak periods, or reducing overall electricity usage. While customers in Ontario were defaulted onto TOU, this rate was not mandatory since customers had the option to opt-out and choose a flat rate offered by a competitive retail supplier.

By more accurately reflecting the varying costs of supplying electricity across the day, TOU can also serve to reduce cross-subsidies between customers with different usage patterns. Worldwide, almost all residential customers face a default flat rate for electricity. However, with the mass rollout of smart meters, the idea of default TOU rates is gaining traction.

California is set to default all eleven million residential customers of California's investor-owned utilities onto TOU in 2019. While load shifting is still a goal of TOU, California is notably also using it as a tool to reduce regressive consumer cross-subsidies that have arisen with the growth of customer self-generation.