Leonard Hyman is an economist and financial analyst specializing in the energy and regulated sectors. He was formerly head of utility equity research at Merrill Lynch, and senior advisor to investment banking at Salomon Smith Barney. At one point, he was on a NASA panel investigating the placement of nuclear power plants on the moon. He is author of “America's Electric Utilities: Past, Present and Future.” William Tilles is a senior industry advisor and speaker on energy and finance. He worked as a bond analyst and later headed equity utility research at Dean Witter Reynolds and then Smith Barney. He then became a portfolio manager at Angelo, Gordon & Co. and later at Sandell Asset Management. For a time he ran the largest long/short equity book in the world.

This is a brief story about neo-liberalism, an ideological movement that upended the electricity business. Neo-liberalism emerged from university seminar rooms into the political and public policy arena in the 1960s. It was a successor to nineteenth century European "liberalism" which staunchly advocated for free trade, economic incentives and a minimal role for the government. 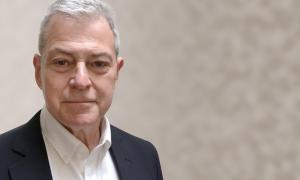 Neo-liberalism was embraced by American conservatives, who added to it the notion that the sole purpose of business activity is profit maximization. Please leave good works and good thoughts to others.

Neo-liberalism's stock was certainly in a bull market in the marketplace of ideas during the 1980s. Both President Reagan and Prime Minister Thatcher were principal exponents.

There are five key aspects to neo-liberal policy: deregulation; privatization; minimization of welfare and transfers; low taxation; emphasis on an ethic of individual responsibility versus an ethos of shared social responsibility. It sounds like the direction in which the new Trump administration is headed too.

Deregulation, a natural offspring of neo-liberalism's embrace of markets, began in earnest in the late 1970s and climaxed in the early 1990s with the restructuring of Britain's electric utility industry.