Smaller, Smarter, and by the way, Efficient!

EPRI Podcast: Smartphones pushed us into a more efficient world.

Doug Lindsey is a Senior Project Engineer at EPRI, an independent, nonprofit organization that conducts research and development for the safe, reliable, affordable, and environmentally responsible use of electricity. In addition to his work on "The Third Wave of Energy Efficiency," some of Doug's recent research efforts include analyzing the readiness of networked LED lighting for commercial applications, assessing the interoperability of home energy management systems (HEMS), and demonstrating the demand response and energy storage potential of connected water heaters.

The Electric Power Research Institute (EPRI) has been on the cutting-edge of energy efficiency research for decades, actually coining the term "demand-side management" (DSM) in the 1980s. However, the concept dates back even farther. 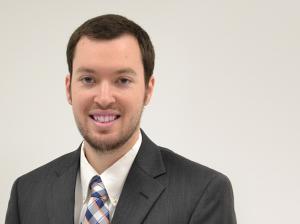 The focus on energy efficiency in the U.S. began because of the oil crisis of the 1970s.

State and local governments developed protocols for adopting more efficient energy use in an effort to be less reliant on foreign oil. New standards for appliances such as washing machines and refrigerators advanced energy efficiency technology.

The 1980s ushered in DSM as utilities looked beyond central generation to using energy efficiency as a tool for reducing demand. DSM strategies have also provided electricity customers with options for curtailing energy use during periods of peak demand in return for lower rates.

A few decades later, the smartphone came along, ushering in an opportunity for a new era of energy efficiency.

"Smartphones pushed us over the edge to this connected devices world," said Doug Lindsey, an EPRI senior project engineer. "It's actually the battery, the microprocessor, and the communication components of the smartphone that have expanded into other technologies. They've been integrated into appliances and devices so that we can communicate with them, which offers us another whole realm of features that we didn't even know we needed before."