Brent Gale is a Principal & Senior Energy Consultant, StrataG Consulting, Inc. Gale has forty years of experience in the utility industry. He is an owner of residential rooftop PV installations over several years (currently a 7.88 kilowatt AC system). He has supported mandatory TDECs and DCCs for DER customers who self-serve. He has also supported time-differentiated compensation for DER production actually sold to the grid.

Charles Cicchetti's December 2016 article asserts TOU rates are a preferable alternative to demand charges for distributed energy resources (DER) customers. But TOU rates are not enough to maximize the benefits of DER. 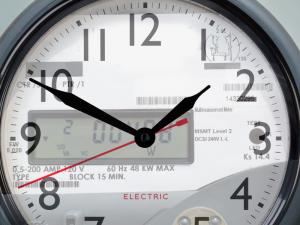 1. As components of rate design, time-differentiated energy components (TDECs) and demand charge components (DCCs) are not mutually exclusive, and one isn't a substitute for the other. Each reflects different elements of utility cost-of-service, addresses different aspects of the load curve, and conveys different price signals. Both should be considered when assessing how to maximize the benefits of DER.

2. Depending upon the time of system peak load, peak TDECs may not even be in effect when a DER customer's net peak demand occurs on the utility system.

For example, consider a system where peak load occurs during the pre-6:00 p.m. period and peak TDECs are in effect. Although contemporaneous with rooftop-PV production, the pre-6:00 p.m. period is not when the DER customer's net peak demand on the utility system is likely to occur. Instead, it would likely occur after 6:00 p.m. when DER production is limited, absent countervailing measures such as DCCs.

Even for systems where peak load occurs in the post-6:00 p.m. period, DCCs should still be considered. While TDECs in those circumstances may have some salutary influence on the customer's net demand, it will be indirect and may not be sufficient to maximize net DER benefits to the grid.

3. It is unreasonable to assume that customers will respond to TDECs but not to well-designed DCCs. That assumption underlies the customer cost allegations in the Cicchetti article.

In particular, DER customers who own their DER installations already understand the difference between kilowatts and kilowatt-hours. Asked to describe their DER systems, they know the kilowatt size to the decimal point.

Design DCCs correctly, and DER customers can respond. If a customer chooses not to respond and the economics of a DER decision are impacted, that is the customer's choice.

4. Contrary to the Cicchetti article, DCCs are not uniformly designed to preclude contemporaneous DER production from being an offset against the customer's peak demand on the utility system. Indeed, my observations above presume a customer will use DER production as they would any other efficient practice or device to manage demand.

But, to encourage that grid-benefitting action, the customer must receive a clear price signal, such as DCCs.

5. Regulators are tasked with establishing just and reasonable rates. Whether a regulator's authority is sufficiently broad to allow rates for utility service to be established to encourage individual customers to add DER is questionable, particularly without consideration of the grid impacts.