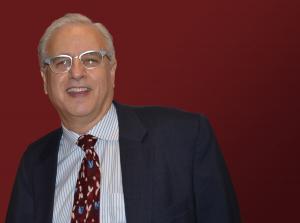 Recent issues and this one have had thought-leaders Lisa Wood of the Institute for Electric Innovation, Ken Costello of the National Regulatory Research Institute, Tom Flaherty of Strategy&, Arshad Mansoor of the Electric Power Research Institute and others talking innovation. Indeed, we call a regular column by EPRI scientists "Innovating Like Edison."

Why is innovation all the rage? Yes, continual improvement always makes sense. But the dramatic changes being talked about, are they that urgent?

After all, electric service is mature. It is essential to everyone; we can't do without it. And it is more affordable than ever before. If it ain't broke ...

Well, electric service may be mature. But many consumers see our technology as dated, an artifact of a bygone era.

Electric service may be essential to everyone. But many consumers are keen to consider competitors.

And electric service may be more affordable than ever before. But many consumers suspect there are cheaper alternatives, or that there will be in coming years.

Consumers of electric service and the public at large have always been remarkably restive. This has been true all the way back to the days when the electric service industry and this magazine were young.

For Samuel Insull struck a Faustian bargain a hundred and ten years ago. Insull realized universal affordable electric service could only be achieved by constant access to low-cost capital, in bulk. So, he willed the industry to transform.

The industry had been, in the first years of the twentieth century, a multitude of clawing contestant companies. Insull made the industry into a stable of regulated public utilities.

It worked. Insull was right. Regulated public utilities have an extraordinary capacity to raise and apply capital, achieve economies of scale, and broadly allocate costs to consumers. Electricity has become the lifeblood of our society for little more than a penny of every consumer dollar.

Yet, the American people have never been comfortable that such an essential service is in the hands of monopolies. Even if the monopolies are monitored by government watchdogs.

Utilities and the watchdogs (utility regulators) have been constantly excoriated, from the day of Insull's bargain to the present day. Americans have never trusted trusts. And they've had no faith that the agencies charged with checking the trusts aren't, from time to time, in the pockets of the trusts.

Indeed, since and including the inaugural issue of this magazine in 1928, authors have addressed the allegations of regulatory capture, incompetence and worse. Franklin Roosevelt's article in a 1931 issue did the same.

Contemporary commentators say consumers want choice. Many undoubtedly do, while others are indifferent. That's what many consumers preferred in the nineteen-teens and twenties and thirties. Though the majority ultimately accepted that the tradeoff between choice and capital, foregoing one for the other, as determined by Insull's bargain, was for the greater good.

Cozy relations between utilities and regulators are reported in sensationalist headlines. The criticism is no fiercer today than in the past, and certainly tamer than during the industry's greatest challenge (far more daunting than today's challenges), when utility nationalization or federalization was urged in many quarters, including by Roosevelt. David Lilienthal, a leading regulator at the time, from Wisconsin's commission, famously wanted to break up NARUC itself because utility managers and regulators talked at conferences.

In recent decades, a growing segment of the public have become even more restive about Insull's bargain. They perceive public utilities as polluters. And they hail companies who would replace public utilities, at least in part, because the entrants promote green innovations.

In this atmosphere, what are utilities and regulators to do? One answer is for the industry to distinguish itself as innovative too.

Utilities and regulators have a stodgy reputation. It's a poor image, and inapt.

It's not difficult to make the charge. Utilities and regulators are intentionally conservative about costs, vigilant against ventures, passionate for procedure. And we're all fortunate they are. For these mundane qualities ensure electric service is safe, reliable and affordable.

The charge is nonetheless hurled, that utilities and regulators are anything but innovative. And it's effective, for those who would take market share from utility regulation. It's particularly effective these days when so many consumers value innovative companies and mock the humdrum.

Utilities and regulators could demonstrate they've been innovative, by showing off the astonishing technology of today's industry, and the impressive adaptions by the commissions. And they could multiply the intensity of their innovation initiatives.

From the Electric Power Research Institute to in-house innovation centers to partnerships with leading edge companies and labs to consortia to spur invention, the industry is redoubling or re-tripling the drive for impactful solutions. Not just for the image of innovation, but to satisfy the itch of the most restive customers, even to delight them.

Thought leaders are imagining a future in which utilities can retain the relationship with these customers (even build upon it), with new offerings, while continuing the traditional service to the majority. Facilitating the electrification of cars and the intelligence of home appliances for some, while keeping up the value proposition for the basic grid business.

This inevitably means utilities and regulators must concede that the time of the homogeneous residential class has passed. Solar roofs and net metering was the first nail in this coffin. Now we need to sharpen our pencils and innovate a wide variety of relationships to meet customers' different wants and needs for reliability, energy use data, next gen electrification, etc.

So, let's innovate and keep the grid solid. Both.