We Called Them 'Markets.' Now We're Testing Them. 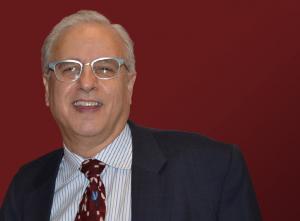 We're enamored of free markets. This was particularly true in the nineties. Communism had just been defeated politically and intellectually.

So, committees, consultants and competitors crafted "markets" to trade power in - essentially - commodity exchanges. The so-called deregulation was embraced by politicians, promised lower prices for consumers.

Many of us knew the markets were more sets of regulatory rules to mimic competition and coerce competitive behaviors, than they were like the freewheeling exchanges of pork bellies, silver and crude oil. And some of us knew the quest for a well-working set of rules, as problematic complexities revealed themselves, would be like an endless game of whack-a-mole (as said by Delia Patterson and Harvey Reiter, Public Utilities Fortnightly, May 2016).

Entry by efficient new plants and exit by inefficient existing plants is hardly free in power markets, as it is in authentic competition. This is especially the case in recent years, given the increasing barriers to siting and financing new plants.

Power plant owners hardly sell an identical product, as sellers do in authentic competition. This deviation from the basic conditions is unavoidable, given the physics of alternating current in complicated regional grids.

Entry by new nuclear and hydro in power markets is hindered by virtually insurmountable siting and financing barriers. It's almost irrelevant how large is the spread for existing nuclear and hydro, between marginal cost prices and their variable costs.

And just because marginal cost prices were significantly less than the variable costs of peaker plants, many of these weren't going to be shuttered. Their exit is sometimes intentionally hindered by power markets, to address extreme demand, outage contingencies, and locational constraints.

And unlike nuclear plants, they have nearly zero ongoing capital costs. Indeed, wind and solar plants receive payments (government subsidies), aside from the payments made by power markets.

The combination of all these factors spells trouble.

At certain times, at certain locations, wind and solar plants produce enough to meet demand all by themselves. At those times and locations, under marginal cost pricing, prices paid to plants can drop to zero. That's ok for the plants that receive government subsidies. But it's a disaster for plants that don't, and that also have ongoing capital costs. That is, nuclear.

We now need to reimagine the regulatory rules of power markets. If we do not, the rules of the nineties will not mimic competition, coerce competitive behaviors, or minimize consumer costs.

Some will naturally object. But they should be reminded that the rules of the nineties were just that, rules we crafted for the times. Nothing more and nothing less. I don't remember anyone in the nineties, when the crafting took place, claiming that the rules would be optimal for consumers for the rest of time.

In an authentic market, nuclear plants would be reasonably compensated for the considerable and broad benefits they provide. Not excessively. But not so insufficiently that many are forced to close.

The benefits of nuclear are so large and so widely recognized that politicians of all stripes are endeavoring to keep plants from closing. Some fight these initiatives as if defending sacrosanct markets. As if power markets were markets.

Power markets were, after all, an invention of twenty years ago to spur efficiencies. The invention worked. The efficiencies have been implemented and integrated by our industry. The question is, what's next?