On May 11, 2017, the Maryland Public Service Commission approved electricity rate increases to fund two wind projects to be sited off the Ocean City shoreline. When I first learned of this the image of Don Quixote jousting at a windmill came to mind. Then, after reading the Commission order, my amusement morphed into outrage. 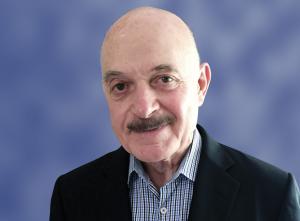 That order burdens Maryland's electricity consumers with a two-billion-dollar tab. To subsidize the renewable energy, the projects will sell to the state at a price that is three to four times higher than that being offered by onshore wind and large-scale solar PV projects. Even more outrageous, these purportedly green energy projects may actually increase regional carbon-dioxide emissions! In what world does this make sense?

The Maryland Offshore Wind Energy Act of 2013 authorizes the Commission to raise electric rates to support approved projects but exempts large industrial and agricultural customers from such rate increases. Consequently, Maryland's residential and smaller business customers will bear the full cost of the subsidies.

However, the Act includes two important consumer protections. One prohibits the Commission from approving any project that does not "...demonstrate positive net economic, environmental and health benefits to the State..." based on a cost-benefit analysis, which must account for "...any impact on residential, commercial, and industrial ratepayers over the life of the offshore wind project...."

The other protection caps the combined costs imposed by all approved projects at a maximum of one dollar and fifty cents per month (in 2012 dollars) for residential customers. The limit is set at a maximum of a one and half percent increase for business customers' bills.

The Commission hired a consultant, Levitan & Associates, to evaluate the offshore wind project proposals. Levitan estimated that the two projects will raise residential customers' bills by about one dollar and forty cents per month and business customers' bills by about 1.4 percent, starting in 2020. When viewed on a per-customer basis, these increases appear modest, but the present value of these payments, extending over twenty years, will exceed two billion (in today's dollars).

Consider this: instead of subsidizing these offshore wind projects, suppose the Comptroller of Maryland were to cut ninety-seven hundred checks for a hundred thousand dollars each and randomly send them to the state's unemployed construction workers. Wouldn't everyone in Maryland be better off?

The workers would enjoy the same income without the hassle of going to work each day and electricity consumers would incur much smaller bill increases. This farcical proposal suggests that there must exist better, cheaper ways for the state to create jobs and promote economic growth than investing in these outlandishly expensive projects.

The term cost-benefit analysis referenced in the Act implies that costs should be compared with benefits, expressed in comparable units of measure. The Act uses clear language requiring each project to satisfy the cost-benefit analysis, which is described in some detail. But the Commission never compared either project's impact on ratepayers' costs with the monetary value of the benefits the project is expected to deliver.

Instead, the four commissioners interpreted the statutory language as allowing them to simply consider the economic, environmental, and health benefits on a standalone basis. They defended this interpretation, proclaiming "The Commission retains discretion as to the weighting and relative importance of one criterion versus another in effectuating the evaluation and comparison of the Applications." But assigning a zero weight to the ratepayer's impact criterion directly conflicts with the Act. It represents arbitrary and capricious decision-making, which the courts have consistently struck down.

If the Commission had subjected the projects to bona fide cost benefit analyses it is inconceivable that either would pass. That is because their extremely high offer prices are three to four times higher than those being offered by onshore wind or large-scale solar projects. In fact, a Commission staff witness presented testimony pointing out this cost disparity.

It is also noteworthy that the Commission staff did not recommend approval of either project. Instead, it stated that "The issue of cost should be of paramount consideration in the determination the Commission must make in this proceeding."

But the story gets even worse. Levitan concluded that the two projects will not reduce carbon dioxide emissions, and may actually increase them. While they will reduce emissions in Maryland they will increase emissions, most likely by a larger amount, in the western region of PJM.

However, the Commission only considered carbon dioxide emissions in the state of Maryland and dismissed its own consultant's finding, which is based on detailed modeling of the PJM power system.

Even if the Act purposely intended to ignore adverse environmental impacts on neighboring states, the Commission was wrong to claim positive environmental benefits for Maryland because carbon dioxide emissions do not produce any significantly adverse local effects.

In contrast, increasing total regional emissions contributes to climate change and thereby substantially harms the state. Because of its extensive shore line, Maryland is particularly susceptible to rising sea levels.

Despite the overwhelming evidence against approving these exorbitantly expensive and potentially environmentally destructive projects, the Commission was undeterred. It appears to have revealed its true agenda in stating, "... the State has already made the policy decision to authorize Offshore Wind development and the ratepayer impacts that may result from it...." Then why did the legislators see fit to include a cost-benefit analysis requirement?

Sadly, the only participant in the proceeding that showed concern for electricity consumers was the Office of People's Counsel. The staff at that office opposed both projects, correctly pointing out that the evidence in the record did not support a finding that the projects' benefits will exceed their costs.

Even sadder, the Sierra Club and the Maryland League of Conservation Voters, organizations that claim to be defenders of the environment, supported these wind projects - even though they were aware that the projects are likely to increase regional carbon dioxide emissions.

This is one of the worst abuses of regulatory authority I have witnessed in almost forty years of work with the electric power industry. The Commission's decision cries out for judicial review. Unfortunately, none of the parties chose to appeal it.

Promoting renewable energy is generally a good thing - except when taken to the ridiculous extreme on display in this order. Marylanders deserve better than this.