Near another battle of the currents 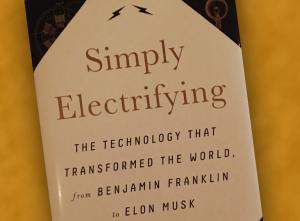 PUF's Steve Mitnick: What is the central message of your book?

Craig Roach: There are three central messages or takeaways. The first is that we must recommit to investing in the science of electricity. The electricity business was born of great scientific work by Michael Faraday, James Clerk Maxwell, and Albert Einstein, and we've neglected it for much too long. 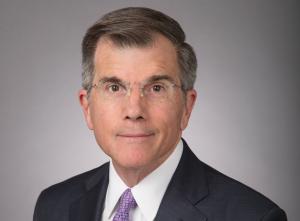 "The AC system made electricity available to and affordable to all. Today, we find ourselves in or near another battle of the currents."

PUF's Steve Mitnick: What's the point of the history?

Craig Roach: Several chapters in Simply Electrifying make it clear why the historical or the wide-angle view matters. You can take nuclear power as an example. It starts out with a wonderful scientific pedigree, and it's based on Albert Einstein's famous equation, E equals MC squared.

But science isn't enough to explain the rise and fall of the technology. Today, nuclear power provides twenty percent of all the electric generation in America. "How did we get to twenty percent?" is a good question.

We know that Einstein's equation was first used for military purposes, to make weapons that ended the Second World War. Soon after, President Eisenhower spoke of making that science work for the betterment of man.

In the 1950s, it all got caught up in geopolitics and Cold War politics. We first used nuclear power to make a nuclear Navy. The famous Admiral Rickover drove this, and he did a fantastic job designing a small-scale nuclear technology for submarines. He did it in a great hurry.

That same technology and that same hurry-up kind of attitude was used for larger scale commercial nuclear power plants. I think people believe today that nuclear power was never really given a chance to prove it could be a technology that would be cost-competitive and reliable. We went too fast.

Today, with nuclear no longer being an "official technology" or a "hurry-up technology" people are stepping back and taking another look. They are trying to come up with a technology that is cost-competitive, reliable and safe.

Bill Gates has invested in a technology known as the Travelling Wave Reactor. Others are proposing small modular reactors or SMRs. Trying to avoid the mistakes of the past is why we look at the historical context of how technologies have been chosen.

PUF's Steve Mitnick: What you're saying is we should have some new battles. Why is this good?

Craig Roach: Recall that the first battle of the currents was Edison versus Westinghouse and Tesla. DC versus AC power. I think they were allowed to duke it out on a level playing field. The right choice was made.

The AC system was the winner, after some major high-profile competition in the late 1800s. That AC system achieved the goal of the day, which was to make electricity available to and affordable to all. Today, I think we find ourselves either in or near another battle of the currents. That's because the goals of the day have changed. We now want things like doorstep reliability more than affordability and availability. We want the lights on even if there's a storm that does something to the grid.

We want superior environmental performance and we want Uber-type choice. I think we're entering a second battle of the currents, trying to decide whether the grid, an amazing innovation, is still the right approach to serving those goals.

Should we instead move forward with micro-grids and/or personal power? Personal power would include Elon Musk's combination of solar rooftop technology and his Powerwall storage device. I think we should set up an arena where we have that battle, and may the better technology win.

PUF's Steve Mitnick: An influential congressional leader has said we don't need a national energy policy. The economy will figure it out, just like it did with fracking. What do you think about that?

Craig Roach: I think we should use the market as much as we can. I agree that the shale gas revolution was a success because it wasn't an "official technology." It was started by George Mitchell, putting his own money and his own time into finding a source of abundant natural gas.

At the same time, we need government to play the role that it must play. The most critical issue we need the government to decide on is a price for carbon. That's better than having governments subsidize technologies. We need a technology-neutral policy like a carbon tax. Two well-respected Republican elders, Jim Baker and George Shultz, have proposed a carbon tax and regulatory rollback.

PUF's Steve Mitnick: Your book is also making a point about the importance of science today.

But the great question is, why did the French welcome him, and accept him? It's because he was a world-renowned scientist and his field of study was electricity.

I think we need that same caliber of person going around the world, helping us make decisions about things like global climate change. I think that's why people like Bill Gates and Elon Musk are so important to us.

PUF's Steve Mitnick: Why would the average reader of Public Utilities Fortnightly want to read your book?

Craig Roach: I think it's a remarkable story, with major characters such as Franklin, Michael Faraday, Albert Einstein, Rachel Carson, and Elon Musk. It involves major events, like the Revolutionary War, the Great Depression, the Second World War, and all the major scientific discoveries that we benefited from.

I think, too, that everyone in the energy business and outside the business is being bombarded by headline news on issues like global climate change and the shale gas revolution. Does nuclear power have a future? Does coal have a future? How can we get more renewables?

This book lays out the full context for making decisions about those issues. It's meant to be a detailed but totally objective study of all those issues.

Ultimately, I hope what it does is help all the executives and regulators in the electricity business make more informed and better decisions.

PUF's Steve Mitnick: Why did you put all this effort into writing a book?

Craig Roach: I think there really is a need for this kind of book. I haven't found another book that gives a comprehensive view of the electricity business, with all two hundred sixty-five years of history and all the factors that drive real-world events. And it is a book that provides a balanced discussion of the issues that is accessible to all readers.