Len Hyman is an economist and financial analyst specializing in the energy and regulated sectors. He was formerly head of utility equity research at Merrill Lynch and senior advisor to investment banking at Salomon Smith Barney. 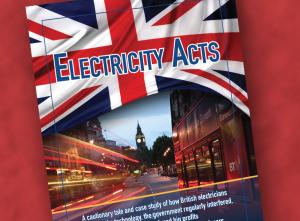 PUF's Steve Mitnick: Why should people read your book about the British electricity market?

Len Hyman: Because what happens there generally happens here a little later. You don't have to be a Boy Scout to be prepared. That goes for investors, managers, regulators and consumers.

PUF's Steve Mitnick: You mean this topic is relevant to people in the American electricity industry today?

Len Hyman: You bet it is. We have a similar economy to Britain's. We use similar fuels. The operational, environmental and engineering issues are the same. We have always shared regulatory ideas. We raise money in the same global market. And I think it's safe to say that the same principles of economics and of psychology apply in both countries. 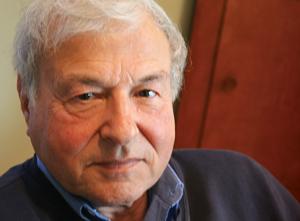 "In the early nineteen-hundreds, London, the financial capital of the world, was a terrible place to buy electricity."

Sometimes, if you want to analyze how an industry evolves, it's easier to look at the picture somewhere else. You can view events more dispassionately, you don't have any axes to grind, and your analysis won't imply any criticism of the boss's previous efforts. No egos at risk of being bruised.

PUF's Steve Mitnick: The book is about history. What does that have to do with where we're going in the future: 2020 or 2030?

Len Hyman: Look at it this way. Half the book is about the events that eventually led up to privatization and deregulation, and half is about what happened after Margaret Thatcher launched the great electricity experiment. We need to understand the reasons for restructuring to assess its success.

PUF's Steve Mitnick: Were there any notably quirky things that happened along the way?

Len Hyman: First, the British really struggled to develop regulation. They put incentives in place by the mid-nineteenth century. After the utilities discovered how to beat the incentives they tried again and again, and they have now ended up with rate of return regulation in disguise. You just can't seem to get away from return on assets invested.

Then there is the problem of the regulatory compact, which can work against consumers during a time of changing technology. Back in the early nineteen-hundreds, London, the financial capital of the world, was a terrible place to buy electricity. The city was served by many small, inefficient utilities.

An industrialist from the north offered to put up a few power stations that would produce at a fraction of the cost of the existing utilities. Parliament turned the proposal down because it wasn't cricket to undercut existing utilities that had, in good faith, invested in their plants. Later, when the government decided to operate a power grid throughout the country, it paid off all the nonconforming utilities and their customers. Lesson learned.

The British love affair with nuclear power deserves a look. British governments either directly built or encouraged nuclear power, no matter what it cost. When they put the nukes on the free market, in the naive belief that nuclear power is just one more commercial line of business, the nuclear generator tanked.

This time around, they pretend that the newest nuclear effort is an ordinary business, even if it's owned by firms controlled by the governments of France and China. But they have set a price for the output that everyone has to take, plus a bond guarantee and Lord knows what else, because the terms of the deal are not public. If we really want to have an operating nuclear industry in this country, we might want to look at the British model.

And, of course, there was the soccer referee who unwittingly crafted the government's technology policy for the industry and thereby managed to inhibit progress for forty years. That's a lesson in government micromanagement that British politicians did not learn from.

PUF's Steve Mitnick: Does the future of the regulatory compact still make sense?

Len Hyman: That depends on what you mean by regulatory compact. The British removed power generation from the compact. But they subsequently decided to put nuclear, reliability and renewable energy under a different form of regulation, via contracts that fixed prices and forced consumers to buy the output.

They put the wires under an incentive regulatory framework that ostensibly focused on price rather than return. The framework encouraged cost reductions, but over time evolved into a multi-year rate of return process.

Which, incidentally, is what Ingo Vogelsang of Boston University told me would happen, once the utilities had made the easy cost cuts. It looks as if the British can't get rid of regulation, and we may be in the same boat.

The question, though, is timely. We need to maintain a network while the economy transitions to a low carbon future. I'm not convinced that regulation based on experience provides a return commensurate with the new risks, or alternatively that current depreciation rates are high enough.

Technology will change the business, but we don't know for sure how. And if decentralization and self-generation become the norm, it will become exceedingly difficult to force consumers to pay for the stranded assets at the utility. Nobody could make former trolley car passengers pay for a service they did not use anymore, either.

I think that, for the moment, we should maintain the regulatory compact, but make it forward looking. That is, give the return on and return of capital required to maintain and modify the network assets. Then, let's see how well the utilities respond to the new environment. Now that there are viable alternatives to grid power on the horizon, utilities may have a hard time charging noncompetitive prices for long, even if they have regulatory dispensation to do so.

I think that it is premature to make dramatic changes in regulation based on too many assumptions about technology. The British demonstrated the folly of rushing to judgment more than once.

PUF's Steve Mitnick: Your book suggests that a lot of the changes made over the past decades were meant to address a problem. But they raised other problems.

Len Hyman: Yes, that's true to some extent. The medical profession has a term for that phenomenon, iatrogenesis. For instance, the daily market for power did cause generators to cut costs, but it reduced the chances that they would commit to make a long-term investment. You can't get that signal from a day-to-day market. That's why we must add on all sorts of capacity schemes to get people to invest.

Another example. The British disbanded the Pool, their central market, to prevent price collusion between generators. That price collusion was encouraged by the scarcity of generators. That, in turn, was caused by the government's problems in organizing the nuclear sector. The subsequent price drop pushed the nuclear company to a state of near collapse and the government had to bail it out.

I suspect that the government's neo-liberal ideology led to unexpected moral issues. In the good old days, electric companies operated on a cooperative basis. That was easier in the U.K. because the government owned them all. They tried to act in the public interest, although possibly inefficiently. Thatcherites replaced public benefit as a motive with market price incentives. But market prices are "incomplete contracts" because they do not include all the costs and benefits of the transaction.

For example, a U.K. generator announced it would close plants in an area. That required the transmission company to make modifications in the grid that temporarily closed off transmission to the area. The generating company, seeing no competitors able to sell into the area, jacked up prices there. It was legal because the new incentive was to make as much money as possible, not to serve the public good. Sounds like Enron?

Social engineers and economic policy makers need to experiment first, rather than acting as if their economic theory is one of the laws of physics.

PUF's Steve Mitnick: Why did you write this book?

Len Hyman: I was one of the first Wall Streeters to see the possibilities of deregulation. I was part of a Merrill Lynch team that went to Britain to get the privatization assignment and in the process, I met executives, labor officials, regulators, government officials all over Great Britain.

I really wanted to learn why the industry was reorganized as it was, and whether the reorganization, which has become a worldwide model, met its goals, and whether what happened there should inform what we do here.

At the time, I was on an advisory board for an institute set up by Vernon Smith, who won a Nobel Prize for experimental economics. From that association, I concluded that it is better to experiment and find out how people actually respond to incentives, than guess based on neo-classical theory. I knew what restructuring was supposed to do, but not what it did.

I must admit that, in the process of writing, I've been amazed by how ideological belief often trumps reality, and how well British spin doctors manage to feign sincerity. That's why I spent so much time poring over statistics and industry financial accounts.

The restructuring of the British electric industry, as opposed to the simple commercial measures that the government could have ordered at any time if it had the nerve to do so, moved money around from one pocket to another. Consumer benefits, largely, came about by switching fuels and cutting excess staff, not from reorganization and markets.

Privatization and restructuring did push costs down, but in comparison with the enormous changes seen in other industries, I don't think they materialized in the electric sector.

Len Hyman: Well, I hope everyone will love it. Especially people who are curious about how industry restructuring can work, and who benefits. This is a blow-by-blow account. Plus, I wrote the book in readable English, but I included the numbers needed to follow the argument. For those who don't like numbers, charts tell the story.

A lot of people who participated in the great electricity reorganization adventure, me included, might be disappointed by some of the conclusions. The same goes for people who made up their minds based on ideology or classical economic theory.

But there is already some academic evidence that restructuring moved money around more than it benefitted consumers. Don't take my word for it. That conclusion may be valid on both sides of the Atlantic. Just look at the numbers.

PUF's Steve Mitnick: What impact are you hoping to have with this book?

Len Hyman: I'm hoping that people will try to look at industry issues in a more practical, pragmatic manner, as opposed to simply saying, "The theory says this will happen and we are tethered to the theory, so it obviously happened. If the book doesn't show that, there has got to be something wrong with the book."

Of course, you can't make everyone happy. Even if they don't like the book, they'll love the cover.