Brett Hauser is CEO of Greenlots, a global leader of open standards-based electric vehicle charging and energy management solutions, and a founding member of the Open Charge Alliance (OCA), a consortium of public and private electric vehicle infrastructure leaders. 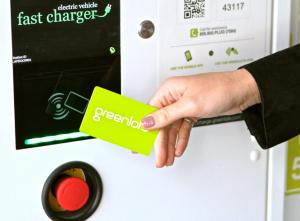 PUF's Steve Mitnick: Everyone knows about electric cars, and their charging issues and challenges. What's special about Greenlots?

Brett Hauser: Greenlots is an energy technology company that provides network management solutions for electric vehicle infrastructure. We believe we have best in class capabilities for driver-facing applications. For example, finding charging stations and being able to access them, as well as site host tools needed to provide pricing, access control, and authentication.

We have also focused on providing robust capabilities around connecting to the grid and grid flexibility, which we don't think other people have done. We've done that to ensure that there is the lowest total cost of ownership or operation.

It's important because the vehicles are coming to market. In 2018-2019, there will be more and more vehicles with Tesla-like range, and Chevy Bolt like-prices, around thirty-thousand dollars. So, we're going to see load growth that resembles a hockey stick on the grid. Being able to manage those electric vehicle loads is absolutely critical. 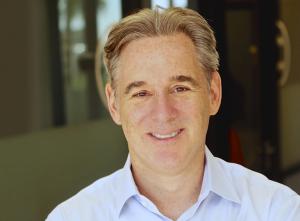 Brett Hauser, CEO, Greenlots: "There’s still a lot of education that has to take place. You can’t expect regulators to fully understand the impact of electric vehicles on the grid."

We have brought fully integrated energy storage capabilities into our platform as well as demand response features for real time load management. Everything that we have done has leveraged open standards, which we believe is absolutely critical to the continued growth of the company and the industry at large.

Proprietary protocols have already had some negative impact on our space as well as others.

If you have proprietary charge stations out there, and that company goes out of business, which has already happened in this space, then those assets are stranded, and those don't do any good.

As opposed to putting new money towards increasing the overall footprint of infrastructure, site hosts wind up having to put in more capital to replace the old charging stations, and then the relatively new infrastructure is taken out. That's not good for anybody. 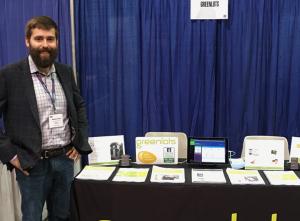 One other concern with proprietary EV charging networks is that access to charging information would be limited and in some cases, these proprietary providers would like to charge a fee for this information, which unnecessarily hampers the productivity and cost-effectiveness of the grid. As the lines between the front and back of the meter blur, utilities need a holistic view of the ecosystem so that they can provide ratepayers with the safe, reliable, and affordable power that enables our global economy.

Moreover, we believe that rising tides lift all ships. That's why we think utilities have to actually play a bigger role, because in order to move EVs mainstream, we need utility investment and experience managing infrastructure.

To accomplish electric vehicle mandates and grow the market, everyone has to have equal access to infrastructure. So, that means companies can't only focus on zip codes where they see a clustering of Teslas. Rather, the industry needs to also be concerned with disadvantaged communities, multi-unit dwellings, and places where people are buying a second-hand lease. Utilities are in the best position to do that, because they have a mandate to provide broad-based safe, reliable, and affordable systems across all socioeconomic classes regardless of zip code.

Furthermore, you've got the automotive original equipment manufacturer, which has the customer relationship, because they're selling the car. Then there is the utility, which is providing the electricity for charging the vehicles. Stepping into the middle of that relationship and trying to propagate a third layer of electric vehicle service providers adds extra costs to the system and fragments the market. That's not going to be good for utilities.

We think there are a lot of reasons why utilities should be owning and operating infrastructure. At the very least they need to have access to all the information that's happening within their territory, so that ratepayers aren't saddled with the costs associated with an inefficient grid.

If they understand what's happening and what's coming, they can make strategic investments to manage that load, and it can be an asset to them.

If they don't make those investments upfront, they wind up being very reactive. Ultimately, they wind up spending exponentially more money, which costs their customers more money than it would have if the utility had been proactive and strategic in thinking about the deployment of infrastructure in the first place.

PUF's Steve Mitnick: Haven't there been policy and regulation battles as to whether utilities should be involved in charging? Particularly in California.

Brett Hauser: I think it's maybe one step forward, two steps back. I think a lot of it happens when you're looking at the regulatory arena. Yes, there's California, but let's put California aside for a second and look at the rest of the U.S. There's still a lot of education that has to take place. You can't expect the regulators to fully understand the impact of electric vehicles on the grid.

You have to think about whether you're going to actually upgrade the infrastructure. Maybe instead you're going to use demand response and smart charging programs to be able to curtail when people are charging. So, education is a big part of it.

The other piece of that too is the ongoing service and maintenance of these systems. Companies are in the business of trying to sell hardware. They sell, then they move on to the next customer.

Unless that previous customer has strategic importance, they're not so concerned with the upkeep and maintenance of that unit. But someone who depends upon having access to that charging station, and the fact that it's going to be operational more times than it's not, needs to have someone in a position to service that. Utilities certainly are in that role. They've been doing that with equipment out in the field since the beginning.

You can look to groups like Volkswagen's Electrify America, which is putting up a charging network worth two billion, and some of those assets, VW will own.

They will also be providing funding for other groups to put up networks. One thing that those funds will be used for is to ensure that every piece of hardware that they put in the ground has a ten-year service and support agreement with it. That is critical as more EV drivers rely on public charging.

PUF's Steve Mitnick: I wonder if there is a general problem where these things are installed but they're not necessarily available?

Brett Hauser: There's an uneven experience. The charging experience for drivers has to be ubiquitous. It's got to be just like you're pulling into a gas station to get petrol. It doesn't matter which one you go to, you're going to have the same experience.

Most important is having access to a charge station that is working. When a private company buys that charging station for public use, it's going to be an uneven experience.

It really shouldn't be that much of a secret. From a business case standpoint, putting a charging station in the ground does not make for a positive business model. I can't put a charge station in the ground and then start charging drivers enough to not only cover the basic expense but also start paying down the capital investment.

There are not a lot of cases where that can be done. For-profit companies trying to do that, getting people to buy charge stations on the basis of that revenue dropping to their net operating income, it's not accurate.

That's why groups like the utilities, municipalities, and even the automotive manufacturers have an important role to play.

They understand the importance of this infrastructure being available ninety-nine percent of the time. They are doing things to make sure that that's a reality. They have the capabilities to make sure that's done, and can then hand it over the fence to a third party.

PUF's Steve Mitnick: Why do you believe the electric vehicles and charging stations are going to take off?

Brett Hauser: There have been a lot of fits and starts with people thinking that the electric vehicle is here and ready to go. I was at a plug-in conference in 2010 where they released the pricing for the Chevy Volt.

Those were the blue-sky days where anything was possible, but then as we got into the reality of selling these vehicles, things didn't happen overnight. There have to be a variety of vehicle models from which folks can choose, and they must have enough infrastructure to be able to charge the vehicles.

You're asking a lot for people to change the way they drive and the way that they fuel. We have to ensure that the fueling is as consistent as what they've done in the past.

If you look to analysts like Bloomberg and Navigant, everyone is predicting EV growth. And if you look to the automotive manufacturers, you see that not all but most of them have said their entire line is going to be all electric by 2019.

They are all coming out with long-range electric vehicles. If you were to look at a diagram of available vehicles in 2010 and then look at what's to be available in 2018-2019, it is pleasantly shocking to see all these models and makes that are going to be out there and be available.

If you look at the Tesla model 3, four hundred thousand people have signed up, and have put a thousand-dollar deposit down on that vehicle. When these vehicles are out there, and with high- powered charging, which is going from fifty kilowatts to over one-hundred-fifty in some cases, the industry is moving in the right direction. I think Porsche is three-hundred-twenty kilowatts fast charging.

PUF's Steve Mitnick: What is your background, and how are you now leading the charge?

Brett Hauser: My background is in private equity. I was very involved with telematics and fleet management solutions for small to medium sized enterprises, companies that have fifty to five- hundred vehicles.

At the time, electric vehicles were just starting to be talked about. But after a successful stint in private equity and helping to roll some of these companies up together, I saw this opportunity for the future.

My son, who's now nine years old, was about two years old at the time. And for me it's about trying to leave the world in a better place.

Electrification of transportation is good for reducing greenhouse gas emissions and global warming, but it's also very relevant for energy independence and infrastructure and job creation.

And we're making a positive contribution to society. We're still in early days. There's still a lot of work to be done, but I have a passion to get us to this electrified transportation future. It will have societal and economic benefits across the globe.