Submit Your Nominations for Top Innovators

You have till October 1. That's it. Nominations for this year's Fortnightly Top Forty received after that day will be placed in the circular file (slang for the wastebasket, for you younger readers.) 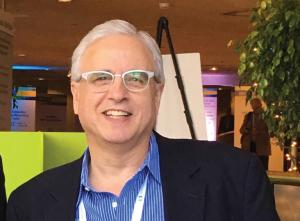 In the next sixty days, you can nominate a colleague, acquaintance, stranger, yourself (immodestly) who has stood out over the last year as a top innovator. Have they - or you - contributed significantly to the public interest by introducing, improving or implementing an innovation? Well then, that's our man or woman.

Robots, virtual reality, drones, digitizing everything. Need I say more? There's a revolution going on of new technology and methods.

It could be an innovation in the use of electricity, natural gas and water. Behind-the-meter is increasingly becoming as much as a priority for utilities and regulators as in-front-of-the-meter.

Indoor ag, smart appliances, electrifying everything. Again, need I say more? It's difficult to say which is transforming faster - the provision of utility service or its use.

It could be an innovation in the regulation of utility service. Or developing the utility workforce of the future. Or communicating with the public. Or, I'm sure I'm leaving something out.

To make a nomination, here's all you need to do. It's this simple. Send us a line with the following info:

Send the nominations to me. E-mail mitnick@fortnightly.com. You can send in one, two, or a dozen. No limit. Like voting for the All-Star Game. And get to it. A whole lot of you have jumped the gun and have already made nominations.