Ken Costello serves as principal researcher for energy and environment at the National Regulatory Research Institute. Costello previously worked for the Illinois Commerce Commission, the Argonne National Laboratory, Commonwealth Edison Company, and as an independent consultant. Contact him at kcostello@nrri.org.

With deepening concerns over climate change, policymakers, environmentalists and others are increasingly championing the idea of electrification. That involves the replacement of fossil fuels with electricity for direct end-uses like transportation and space heating. Electric vehicles and heat pumps are the electrification technologies that have received the most attention so far. 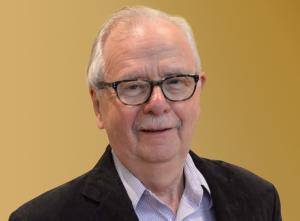 Some folks contend that climate goals are out of reach with future widespread use of fossil fuels in home appliances and vehicles. That is, if fossil fuels remain a major source of energy for transportation and buildings, the numbers just don't add up to deep carbonization.

According to many analysts, electrification represents one of the four pillars for transforming the energy sector to meet stringent climate goals, specifically curtailing carbon by eighty percent by 2050. The other three are efficiency and conservation to reduce energy use per capita; decarbonization of electricity to reduce carbon emissions per kilowatt-hour; and decarbonization of both liquid and natural gas fuels with sustainable biofuels or synthetic decarbonized fuels.

Supporters of electrification contend that massive electrification must happen over the next two or three decades, and that the only way to achieve it is through subsidies and other governmental inducements. Some advocate for mandated electrification, saying it is indispensable for saving the planet. Others point to the less lofty goal of revitalizing the electric industry.

EPRI is doing its part by undertaking innovative research on electrification on behalf of the electric utility industry through its Integrated Energy Network. It is also actively disseminating information and educating stakeholders about the benefits of electrification. At the present time, electrification seems to have a strong tailwind.

As an economist, I would begin by asking whether market obstacles and flaws or governmental barriers have prevented socially beneficial electrification. Another way to say this is to ask whether an electrification gap exists where the actual use of electricity for end-uses is less than the socially optimal level.

A first-order area of inquiry is whether these problems exist, what effect they would have on consumer behavior and whether outside actions could rectify them in an economical way. If end-use markets for electricity and other forms of energy are functioning well enough in the interest of customers and the society at large, then there is little rationale for out-of-market intervention.

In almost all U.S. sectors, whether energy or nonenergy, the market is the primary institutional arrangement for consumer decision-making. Consumers' responses to the market determine what they buy and what benefits they receive from purchases.

Their decision can involve, for example, conversion from natural gas to electricity in an existing home or installation of electric equipment in a new home. In each case, the consumer must decide on the appliance or energy-using equipment he or she wants to purchase.

An energy consumer's major consideration is the sum of capital and energy costs required to provide the level of heating comfort and other benefits that the consumer desires. Non-price factors such as comfort, reliability and the carbon footprint also play into the consumers' decisions. Another important consideration is the high cost of conversion from natural gas to electricity for space and water heating, which can dissuade many consumers from switching.

Overall, whether energy consumers rely on fossil fuels or electricity for their transportation and space-heating needs comes down to a rational choice of what source of energy would best satisfy those needs. In most instances consumers express their choices and make the best decisions for themselves, given the market which they participate. Sometimes, however, markets fail to operate the way they should for various reasons, justifying at least some consideration of outside intervention.

The presumption is that at some point in the future, clean energy will be the primary source of electricity production, so the argument for electrification becomes more defensible. The real question is, then: Should markets alone drive this technological evolution or should public policy provide a "push" to hasten its penetration in the marketplace?

One can reasonably argue that the latter posture is more justifiable if we have a carbon tax that would send proper price signals to consumers who are making energy choices. A well-designed tax would include the societal cost of carbon emissions in the prices of competing forms of energy. It could make moot the debate about the role of out-of-market policies to encourage electrification.

Without a carbon tax, however, we must resort to second-best or inferior actions to position clean electricity on a level playing field with fossil fuels. These actions include various standards and incentives, which up to now have been the most prominent policy mechanisms for mitigating climate change. We have seen that many of these policies are seriously flawed, however, especially when they violate even basic economic principles.

Diffusion of new technologies such as electric vehicles, advanced heat pumps and water heaters normally follows a gradual, dynamic process, rather than a process where a new technology is adopted en masse. The process usually starts with a few early adopters, followed by a more rapid period of adoption, and then by a more moderate adoption rate once a certain number of users have purchased the technology.

Often times, a technology that appears to surpass competing technologies in performance and cost will not immediately be chosen over existing technologies. A key question for policymaking is whether the actual diffusion rate is a product of rational actors facing dissimilar incentives and constraints or a consequence of market inefficiencies and undue barriers.

Good public policy intervention in consumer markets should pass a broad-based cost-benefit test. Specifically, there should be evidence of market problems serious enough to justify the inevitable cost of intervention. For example, consumers making poor choices for themselves or market prices leaving out external costs. Otherwise, government involvement to promote electrification will likely make matters worse; namely, the societal costs would exceed the societal benefits.

Economists have long understood that market failures including environmental externalities, inefficient pricing of energy, decision-processing errors, lack of information, and principal-agent issues can lead to under-investments in energy efficiency. For example, landlords lacking incentive to make their buildings more energy efficient. This argument can carry over to switching from fossil fuels to electricity, where consumers might realize many of the same benefits that they would with energy efficiency.

Public policy actions to address market problems should strive to mitigate any market defects. The first step should be to identify features of a well-functioning market and evaluate whether energy end-use markets lack any of those features. Tailoring subsequent intervention to a particular market defect would best steer public policy in the right direction. Policymakers must therefore exercise prudence to ensure that any action addresses the problem at hand and does so cost-effectively.

A micro perspective in rationalizing market intervention is superior to using macro data. Macro studies are not able to accurately calculate the benefits and costs for individual customers located in a particular area. That is, policymakers should rely on market characteristics and performance rather than on simplistic economic analysis at a fifty thousand-foot level, as the trigger for action.

Although it is not yet prime time for electrification, it seems more imminent for transportation (light duty vehicles and short-range heavy-duty vehicles) than for space and water heating. The potential for reducing carbon is greatest in the transportation sector. Industry and heavy transport also have the potential for electrification, but face greater challenges and barriers.

For electrification to take center stage, clean energy must first be the dominant fuel for electric generation. That means no coal or natural gas, in the absence of carbon capture sequestration. It is obviously premature to believe that electrification outside of transport would have a major effect on reducing carbon in the next several years.

That said, technological advancements are moving in a direction that favors electrification, with its emphasis on digitization and clean energy. If these developments further evolve, we will almost certainly see a more electrified economy with less dependency on fossil fuels to meet future direct-energy demands.

Instead of prematurely promoting electrification, we should wait to see where the technology takes us. Technology, not subsidies and other governmental policies, will ultimately determine the success of electrification. Subsidies could distort the diffusion of electric appliances and vehicles and even obstruct their long-term penetration in the marketplace.

For electric vehicles, the challenges are still huge; namely, infrastructure investment in chargers, customer and utility upgrades, rapid DC charging, education and outreach, range anxiety due to limited battery storage capability, the availability of charging stations across the country, and demands on the electric grid.

For heating, economics seems to be the biggest hurdle. Most electric heat pumps are only cost-effective in areas that have low electricity prices and moderate winters, at least in comparison to natural gas. Further technological improvements will make heat pumps more economically viable, but that may take years to transpire. A carbon tax could also boost the market for heat pumps.

Finally, premature electrification can be a win for electric utilities and the environmentalists but a loser for everyone else. The problem of new electrification technologies funded by a majority of utility customers and taxpayers with only a distinct minority benefitting is hard to avoid. Policymakers need to do more homework before they extol the wonders of electrification. In the meantime, they can capture the low-hanging fruit by identifying any undue obstacles to socially-beneficial electrification. This simple step would seem to easily pass any cost-benefit test.