PUF's Steve Mitnick: Tell me how this conference of the Association of Energy Service Professionals is going so far. 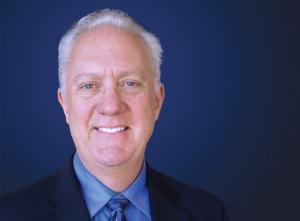 John Hargrove: This summer conference is going great. We bring our summer conference to Canada every other year. The Canadian energy efficiency industry is booming, especially in the eastern part of the country. It is starting to spread across the entire country of Canada.

We have around three hundred seventy-five people here at the conference, which is a little higher than our normal counts. Almost half of those folks are Canadian. We have tremendous support from the Canadian utilities and the consulting companies that locate here in Canada.

PUF's Steve Mitnick: Give me a demographic breakdown.

John Hargrove: We have a significant number of utilities that are members. There are also a lot of folks from the consulting industry that serve those utilities. 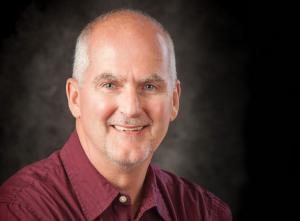 Michael Volker: There’s a lot of different revenue streams to capture, and plenty of opportunities as battery prices come down to utilize the battery more.

Michael and Raegan are both utility professionals. Their jobs include the implementation of energy efficiency for their customers. They have several partners that are in the field. A lot of those representatives are here. We also have a pretty good representation of technology and services within the industry that are being demonstrated at our expo hall for the attendees.

PUF's Steve Mitnick: Michael and Raegan, tell me what you do at your companies.

At the highest level, I'm responsible for overseeing a team that delivers a robust portfolio of demand-side management programs to all our customers. These range from residential and low-income programs that are offered free of charge through the Small Business Program, your local mom-and-pop shops, up through our largest customized program for our large industrial manufacturing facilities in our service territory. 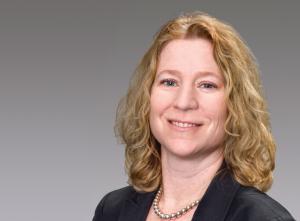 We do this both through in-house staff and outsourcing with third party providers. Alectra has a team and about thirteen of my eighty people are here to speak at the conference.

We provide wholesale electricity for the distribution cooperative. We also provide the design, implementation, evaluation, and all aspects of various demand-side management programs.

PUF's Steve Mitnick: The conference has a pretty good turnout. Is interest in efficiency growing among the companies and among investors?

John Hargrove: Yes. Energy efficiency has grown dramatically over the last ten to fifteen years. It's not growing as quickly in the U.S. right now, simply because it has grown so much in the last decade. However, it is growing tremendously in eastern Canada. That's one of the reasons we locate the conference here every other year, to make sure that we can tap into that.

There is a tremendous amount of growth and innovation in the industry now in that it is becoming mature. We wrote a three-part piece for your magazine describing the birth of energy efficiency during Jimmy Carter's presidency about forty years ago. The evolution has been on a definite hockey stick: it has really grown since then.

Federal policy tends to impact it. In the U.S., most states, most utilities, and most municipalities are charging ahead full speed with energy efficiency because it's the right thing to do, regardless of what federal policy is. It's not that we don't have a supportive federal policy. It's just that we are not getting new supporting policy in the U.S.

Canada is the other way around. There's a tremendous amount of drive at the federal level. That's what is really driving the innovation in the industry. That's where the real change is happening.

PUF's Steve Mitnick: What are some good sessions that are being offered at the conference?

Michael Volker: I've had the chance to catch one particularly interesting session that's relevant to what I do. It had to do with battery storage systems.

It wasn't just about the evolution and development of batteries. It was focused on integrating batteries into a solution that can do so many things. That's more than just the cost of a backup power source for a storage system. It's about integrating this system to possibly capture a half-dozen or more different revenue streams at a regional transmission organization level.

PUF's Steve Mitnick: Raegan, did you catch a group session?

Raegan Bond: Yes. I've been to a couple. As I continue to go to these conferences, I tend to spend more and more time networking and building those relationships with other people in the industry.

It's been particularly great for me at this conference. Of these three hundred seventy-five people, I feel like I know three hundred fifty of them.

Overall, with the theme of this conference, we've seen emerging technology and changing business models.

John Hargrove: I'll add one more thing. When you're running an energy efficiency program at a utility, you are quite often not in the core business lines. You find yourself running your own little company. Finding other people that have been through that and can help you see the ninety percent of the iceberg that's under the water, as opposed to the ten percent that's out of the water, is very comforting.

Raegan Bond: Especially being at a utility, one of the great things about this conference is I get to learn from my fellow utilities. We aren't competing. There really is a very open and cooperative tone in the industry as well as in the conference.

John Hargrove: You will quite often find very aggressive competitors on the same panel, talking about the same thing, and both sharing their best practices. That's really something I've not seen in other places as much as I see it here.

They will be competing on Monday. Then they'll be at this conference together, networking, and talking, and sharing, and spending time with their competitors. Then, back on Friday, they're competing again.

Steve Mitnick: Are there some good things being rolled out that vendors and consultants are talking about?

Michael Volker: I mentioned the battery, and it's a single focus, but that's a big thing for me right now. There's a lot of different words for it, but it's a convergence of what used to be separate categories.

We had energy efficiency and demand response. We had smart grid, which we usually refer to as big data tied to advanced metering systems. We had renewables. So many things are converging together.

The example that I talked about with batteries is really a convergence. There are a lot of different things, even on the upstream power supply side, that have integrated these former disparate little mini industries into a bigger industry.

This goes also back to the heart of AESP. AESP has always been focused on the people in the business, so there's a part where competitors are really educators at the conference.

Most of the people here are a lot smarter than I am. I learn a lot from them. That's what keeps individuals coming all the time. The companies see their employees becoming better employees, more knowledgeable, and brighter regarding all these formerly disparate things that they're trying to get their arms around as well.

PUF's Steve Mitnick: What's the next conference going to be like?

John Hargrove: Raegan is one of the planning committee chairs for our national conference, which will be in February in New Orleans.

Raegan Bond: I believe the title is The Big E - Easy.

John Hargrove: We'll have, I'm guessing, nine hundred people or so, maybe we'll shoot for that magical one thousand members to be at the conference. New Orleans is a fabulous city.