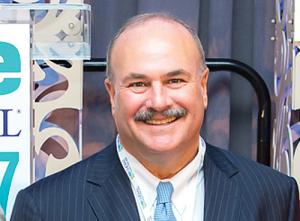 Clint Vince: We started publishing Global Energy Game Changers eight or nine years ago while assisting a corporate Japanese think tank. The project was an important learning experience and we decided to make an ongoing venture of it. We receive material from Dentons' offices around the globe. Our goal is the release of a new issue every quarter.

Let's start with game changers that keep utility and energy executives up at night. These include what we refer to as "the four Cs": cyber threats, climate change, cyclones — symbolic for turbulent weather, flooding, water scarcity — and competition. Competition may come in the form of new asymmetrical entrants into the marketplace, such as Google, Apple, Amazon, proactive consumers or even distributed energy resource players, to the extent that utilities have not yet factored them into their game plans.

Other game changers are disruptive technologies, big data analytics and unexpectedly large swings in energy prices. The plunge in gas prices blindsided the coal and nuclear industries, at least in the U.S. Oil and gas prices are critical, and both have been lower than anticipated. Another example is renewables. The cost has dropped so dramatically in the last five or six years that they are very viable now.

PUF's Steve Mitnick: Is the Game Changers research a good exercise for you?

Clint Vince: Everything we do now in terms of our strategic advice to clients is based, in large part, on industry trends, business plans and the globalization of markets. When we started out, clients looked to us for advice on regulatory matters, including permitting and compliance; sought our counsel about energy-related transactions, including mergers and acquisitions; or counted on us to advocate for them before federal and state commissions, and the courts. Now, it's also essential for an energy and utilities practice to provide business and strategic advice covering everything from power supply planning and transmission, including where to invest in infrastructure, to potential new entrants that could threaten our clients' financial viability. It's all interrelated.

I'm not suggesting that the legal assistance we provide our clients to enable them to operate their businesses in a legally compliant manner is unimportant to them, but that our role has expanded to include strategic counseling, and most of our longstanding clients have told us they appreciate the strategic advice as much as the technical legal advice.

PUF's Steve Mitnick: What are some of the mega-trends that are disrupting where we are?

Clint Vince: Distributed energy resources are one of the big disruptors now. We're moving away from just relying on central station generation. It's much more of a hybrid now, where we're almost at the tipping point with new investment in things closer to the customer side of the meter. There's a lot of exciting technology coming into those areas-everything from improved battery storage to new smart grid technologies with multi-directional communications and energy transfer networks to electrical vehicles and, ultimately, more fuel-efficient driverless vehicles as well.

PUF's Steve Mitnick: Tell us about some of the big turning points that you've seen in your many years serving in the energy industry.

Clint Vince: I've been blessed with a long enough career to see many trends, but truth be told, today is the most interesting time to be an energy lawyer. The sector is now facing some of the biggest threats that I have seen. Fifteen years ago, for example, no one was worrying that much about cybersecurity. Today, vulnerabilities exist from the office environment to the production network to process control and safety systems. And climate change, once a subject of remote concern, is now an existential threat to the planet requiring a very dramatic change in how we behave, consume and produce.

The new technological trends are also very exciting. I think we're in a period of huge transition. We may realize it more fully looking back ten years from now, but the industry is changing fast and dramatically.

PUF's Steve Mitnick: What do you tell the young people you're trying to recruit to Dentons?

Clint Vince: The first thing I tell them is that every time the industry has seemed to be of one mind on a major trend, twenty-four to thirty-six months later we've discovered that we shouldn't have been so certain.

I co-chaired the Aspen Institute a couple of times over the past few years and shared this observation with the folks there-for the most part seasoned veterans-who nodded in agreement. Look at the impact of the shale gas revolution, for example. It was not predicted well in advance, and it totally transformed the industry, including stopping the nuclear renaissance that had been predicted. And remember when we thought we would be using coal as the primary fuel source in the U.S. for generations to come.

I urge young people not to dismiss minority viewpoints too easily, and to have the courage to be original thinkers. A lot of the people whose views were deemed to be outliers in the past, proved to be correct on everything from climate modeling to shale gas to oil pricing.

PUF's Steve Mitnick: What do you think our industry will look like in five years?

Clint Vince: Energy is an essential component of civilized society. That's not an original thought, but it's a true statement. I think energy will be radically transformed by technological advances, but it will also be affected by external factors like cyber, climate and other serious issues.

While it's hard to predict with any degree of accuracy where we'll be in five years, I think you'll see much more of a hybrid situation between central station generation, investment and distributed-energy resources.

I also think big data analytics will do things that we can't easily envisage today. I think the globalization of markets will continue. I used to have the hubris to think I had a fairly sophisticated understanding of global markets. I did a lot of international work, but now that our energy practice has a thousand professionals in 64 countries, I've come to realize how little I really understood about global markets.

Now, I'm in constant communication with our Dentons colleagues in China, Central Asia, Europe, the Middle East, Africa, Canada, Mexico, and South America. And by talking to my teammates on an almost daily basis, I have a better grasp on what's happening around the world.

PUF's Steve Mitnick: How do you see the energy lawyer's role changing in the next three to five years?

Clint Vince: I think the most successful law firms going forward will either be boutiques or very substantial, globalized firms, and that the latter will dominate the practice because the industry is globalizing. So much in the US and elsewhere is going to be increasingly impacted by what's happening in China, Korea, Europe and other locations. And large, global firms not only know what's happening in specific regions-from the competitive landscape to the impact of local economic conditions on prices worldwide-but also have a wide range of practices to tackle interdisciplinary challenges, from cyber threats to IP protection and commercialization, to energy infrastructure finance.

I also see exciting developments ahead that will keep the practice challenging. Such as electricity coming to sub-Saharan Africa, a region where more than six hundred million people are still without power. Such as China bringing electric vehicles and other technologies to scale in ways that we haven't seen before, and doing it more quickly than people anticipate. Such as advances in battery and energy storage technology, an exciting new field where there'll be a lot of innovation over the next five to ten years.

It's a great time to be practicing energy law.