The idea of disparate parties working together on substantive issues seems quaint nowadays, given the shrill tones heard in our current political discussions. Recent cooperation on healthcare by the Democratic governor of Colorado and the Republican governor of Ohio was seen as an anomaly. As Governors Hickenlooper and Kasich observed about an issue with such far-reaching repercussions for so many, a one-party plan is doomed to failure. 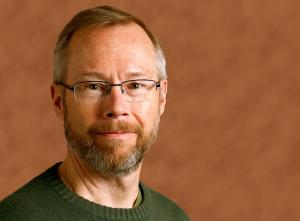 The issue of managing the ongoing transition in our nation's power sector is another issue that affects everyone. It goes all the way down to individual households where families are paying monthly bills and making decisions about investments in efficiency upgrades or solar panels. Here too, public policy decisions on topics like electricity rate design must include a diversity of perspectives and priorities.

Increasingly, groups representing clean energy, environmental and low-income consumer perspectives are trying to do our part to talk with each other, find common ground, and help utilities commissions succeed in a challenging time. Most recently, this cooperation has produced concrete guidance on time of use rates, described in a new joint paper.

Time of use rates price electricity differently at different times of day, typically to reflect utility costs. That means higher prices during peak use periods and lower prices during off-peak. One idea behind this approach is that if many customers move consumption off-peak, that shift can bring down utility costs. This potentially avoids future utility system capital requirements and operating costs to meet peak demand. 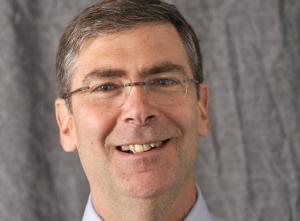 John Howat: Commissions need to carefully consider the drivers of new generation as well as new transmission and distribution capacity.

On the other hand, time of use rates may have negative repercussions. Consider the customer who has less flexibility to shift energy usage away from a higher-priced period to a lower one, or who can't readily afford technologies like smart thermostats or appliances that could help with the transition.

These rates may also hurt households living on tight monthly budgets that cannot afford unpredictability on an electric bill. One example would be bad weather leading to higher usage that hits during a higher-priced usage period.

With those two sides of the coin, it's not hard to see how different stakeholders can end up on different sides of the aisle on these rates. Indeed, some of the authors of "Guidance for Utilities Commissions on Time of Use Rates: A Shared Perspective from Consumer and Clean Energy Advocates" came to the discussion waving red flags about time of use rates, while others were favorable from the start.

It's that diversity that should make the resulting guidance especially durable for utilities commissions. First and foremost, goals need to be explicitly clarified right up front. Is the objective economic efficiency, deployment of distributed energy resources, peak load reduction, emissions reductions, more equitable cost/benefit allocation, or a combination of several of these factors? Depending on the goals, a time of use rate may or may not be the right option. 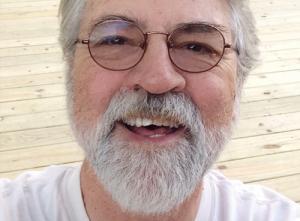 The next step is to identify and evaluate the costs and benefits associated with the full range of alternatives to achieving the stated goals. This could include tiered rates, utility direct load control programs, peak time rebates, or greater efficiency spending. The common ground here among diverse stakeholders is an expansive analysis. Evaluation should not be confined to these rates alone, before determining if these rates are the right answer.

When evaluating impacts of these rates on customer bills, commissions need to carefully consider the drivers of new generation as well as new transmission and distribution capacity in the relevant jurisdiction. The key is to understand not only the degree to which a change in overall residential load profile may occur, but also the degree to which that change will impact utility system cost drivers and cost allocation to their customers.

Any rate structure must be both reflective of underlying utility costs and at the same time understandable and actionable for consumers. This means keeping the rate design to two or three periods, with a pricing differential between periods large enough to entice load-shifting but small enough to avert excessive bill volatility or adverse impacts on affordability. Shorter periods such as two to four hours typically allow for closer ties to utility costs and are less complicated for customers to respond to as a price signal.

Ensuring that customers have the advance education and technology they need to respond to pricing periods is vital with any rate design, particularly time-varying designs. Commissions should use a variety of programs to achieve this.

Some suggestions: pilot programs implementing time of use rates first with customers who have larger loads that are easier to control, such as electric water heaters or electric vehicle charging; shadow billing for a year to give customers a chance to understand how they will be affected; and distribution of smart appliances such as timer controls, grid-integrated electric water heaters and smart thermostats for space conditioning, if such distribution is found to be cost-effective based on incremental demand response benefits.

If emissions reductions are a stated goal, commissions need to carefully study what generation resources will run more as a result of load shifts. Those could include gas versus coal versus hydro or solar or wind. This analysis needs to inform structuring of time of use periods that will result in maximum potential emissions cuts.

Time of use rate design is generally consistent with customer-sited solar deployment.

But the extent to which these rates are compatible for the residential consumer with solar is highly dependent on the rate design that applies to the self-generation. While peak pricing periods often coincide with solar photovoltaic peak production periods, this will vary from utility to utility, state to state and region to region. It needs to be specifically assessed.

Consideration should be given to combining time of use rates with inclining block rates to provide a more powerful price signal.

That has been done in several states, including California and Washington.

Further detail about these and other recommendations is available via "Guidance for Utilities Commissions on Time of Use Rates: A Shared Perspective from Consumer and Clean Energy Advocates."