PUF's Steve Mitnick: What are you doing these days, other than recovering from your time on the Arizona Corporation Commission? 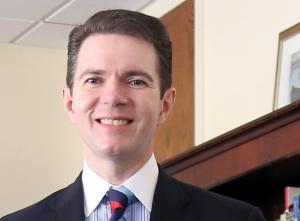 Bob Stump: Given the dramas involving net metering that have enlivened the Commission over the past few years, recovering is probably the right word! In January, I was term-limited off the Commission, and my fifteen years of elective office went by in a flash.

I had the time of my life serving in the Arizona House of Representatives and the Commission, and I enjoyed being on the board of NARUC and learning from so many brilliant and generous colleagues.

Earlier this year, I advocated at the Colorado General Assembly for the passage of energy efficiency legislation. I testified at the Florida State Legislature and pushed for legislation promoting consumer protections for rooftop solar adopters in Florida.

Many moons ago, I worked as a reporter for the Weekly Standard, and so I've enjoyed writing on energy issues again. National Review published a couple of my analyses about Trump and energy, and I've written about Nevada and Arizona's solar wars for the Daily Caller.

Truth in Power Project, my new blog, features some of my writing on the power sector. I've also founded Stump Strategies, a firm that will be focusing on energy policy nationwide and a variety of issues at the Arizona Legislature, as well as helping good candidates win elections.

PUF's Steve Mitnick: What do you think you achieved as a commissioner?

Bob Stump: During my chairmanship, Arizona became the first state in the Union to implement a way to address rooftop solar cost-shifts. It was a model for the nation's utility commissions.

We also discerned a new way to value solar last year. I was not shy about offering my perspectives on what regulators needed to do, in my view, to ensure that solar power is sustainable in the long-term. Our efforts involved reforms that certain industry players were reluctant to endorse, even as they trumpeted their desire to be innovative and disruptive.

I argued that disruption shouldn't apply just to utilities. Advocates of distributed generation shouldn't cling to the regulatory shore, either, or dig in their heels to preserve an outmoded tool, net metering.

We ended net metering in Arizona, thanks to the great leadership of Commissioner Doug Little. It was the right thing to do. I was also happy to work on passing Arizona's first energy efficiency standard, as well as critical water reforms.

PUF's Steve Mitnick: Can you tell us of some particularly interesting or even funny moments in your time in regulation?

Bob Stump: I took my first-ever drug test after an aide found traces of marijuana in the Commissioner's bathroom. Three out of the five commissioners, and their aides, consented to take tests to prove to their constituents that they were not making multi-million-dollar decisions while under the influence.

That was an interesting time. Also, you know, one of the best ways to take the temperature of a commission is to peek into its mailbag.

The shortest political email I've ever received was but one word, presumably directed at me: "Dirtbag." The second shortest I received seemed to have been composed by a high school cheerleader: "Go solar! You stink. Coal sucks."

When the Commission was examining the possibility of electric retail competition, I received one of my favorite e-mails: "Please consider deregulation of electric utilities in AZ. My dogs and I would appreciate the change." Utility regulators are here to serve all creatures, great and small.

PUF's Steve Mitnick: What was it like to run in an election for commissioner?

Bob Stump: I managed, with some help, five of my own campaigns, two of them statewide. I've often told colleagues that I prefer millions of bosses, not just one. That's why I do prefer the elective over the appointed model.

I even joked that what elected commissioners lose in knowledge they gain in suavity, the ability to move voters when advocating for reform. Being elected gives one a bully pulpit and a modicum of independence. One never has to answer to other politicians.

Running statewide clarifies one's thinking on complex regulatory matters because one has to explain it, and distill it, to laypeople. One hears directly and intimately about how one's decisions affect people, and it's invaluable.

PUF's Steve Mitnick: For regulators nationally, what do you think are the greatest challenges facing them?

Bob Stump: Regulators need to have the independence of mind and depth of knowledge to cut through the misinformation and hype in the energy sector. I do believe that electricity is the most political of commodities in the United States, and distinguishing fact from fiction continues to be one of the greatest challenges facing regulators today.

They need to let the political chips fall where they may, which can be easier said than done. Institutional support, the knowledge that demagogic attacks on commissioners won't be tolerated, is critical.

We need to do better, in that regard. Regulators may be accused unfairly of bias and be asked to recuse themselves if they answer their attackers. Too many are indeed attackers, not merely critics.

The demagogues know this. I think of the Energy and Policy Institute, quite frankly, and too many of them continue to smear regulators with impunity, while self-righteously claiming the mantle of environmental stewardship.

SolarCity learned its lesson after funding the Checks and Balances Project to intimidate regulators and squelch any reform that might threaten its profits. But others think it's effective to corrupt the process in this way. The preservation of anonymous donors' business models depends on it.

Bob Stump: I had the privilege of speaking about this last year, at a marvelous forum at the Aspen Institute. A shift in thinking needs to occur on the issue of energy prices and growing peak demand.

I believe the clean peak policy, proposed in Arizona, could be a model for others who are trying to tackle ratepayer costs while advancing renewable energy policy to meet future grid challenges.

We hear a lot about how the utility must redefine its mission as it partners with consumers and third-party providers. I do wonder if we need to step out of our wonkish shoes and remember that the average customer spends just a few minutes a year pondering his utility bill.

Will new consumer choices change this level of interest in a dramatic, long-term, widespread way? What is the price of empowerment via distributed generation resources if utility-scale green power has a far greater bang for the buck in reducing carbon dioxide?

How can customers feel empowered by using distributed resources without the industry investing scarce resources into less efficient means of production? How does customer empowerment differ from customer satisfaction?

Old rate structures and aging infrastructure must continue to keep up with technologies that are mercurial and decentralized. The challenge will continue to involve developing models that support seamless grid upgrades and allow seamless integration of new technologies without impairing reliability.

Regulators will continue to ask what the utility's core services will be.  Will the utility serve as a network manager and aggregator? As points of entry proliferate, I believe it will have to pursue vastly better data analytics and cybersecurity measures.

Also, we have to ponder whether the utility will remain an anchor in an increasingly dispersed system, and what this will mean. These questions are hardy perennials, and it's been the privilege of my life to try to provide answers over the past eight years. I'm looking forward to continuing to do so.