Andrew Palmateer serves as program director for the U.S. Energy Association. He manages cooperative agreements with the U.S. Agency for International Development and the U.S. Department of Energy that promote sustainable, efficient power systems and global energy security.

To Kenya's Maasai tribes, areas of geothermal activity within the Rift Valley hold cultural and spiritual significance. The natural heat source that flows from underground is critical to their nomadic way of life. The land above is abundant with wildlife and places of ritual. 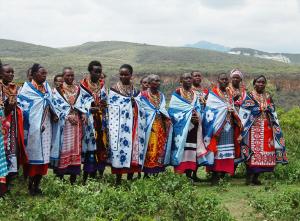 Kenya's government has recognized the importance of natural resources to the Maasai and other tribes and strives to protect tribal rights. However, Kenya is one of Africa's fastest-growing economies; the country requires continued growth in power generation capacity. How could Kenya utilize resources without infringing on cultural and spiritual beliefs?

Halfway around the world, New Zealand faced a similar challenge. To New Zealand's Maori tribes, geothermal resources are more than simply a source of electricity; they are a sacred gift from the gods. Maori have used natural geothermal pools for centuries to prepare food, treat illness, and to conduct religious ceremonies.

New Zealand has set a global standard for engaging affected communities during geothermal development. New Zealand energy utilities have successfully partnered with Maori to ensure that the rights and customs of Maori people are protected, while at the same time utilizing resources to meet the country's electricity needs. 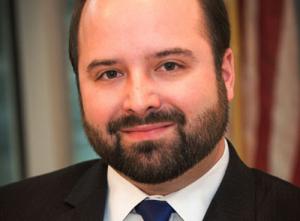 Andrew Palmateer: Stakeholder engagement is a prerequisite to business success. It gives companies a competitive edge and guarantees sustainability.

State-owned utility company Mercury and joint venture partner Tauhara North No. 2 Trust, known as TN2T, have successfully developed geothermal resources over two geothermal reservoirs. The partners have been able to improve the well-being of their people and the wider community through environmental guardianship and economic development projects.

In Kenya, the largest power producing company in the country has encountered project delays or cancellations due to disagreements with tribal communities. The Kenya Electricity Generating Company, known as KenGen, has developed over five hundred megawatts of geothermal power generation at the Olkaria field near Naivasha, Kenya.

In addition to hosting one of the world's premier geothermal resources, Olkaria is also home to a large population of Maasai. Tribal objections to transmission lines, pipeline infrastructure, and access roads have led to project delays, cost overruns, and even project cancellations.

Relations between KenGen and Maasai and other local tribes have often been tense. Thousands of miles away, New Zealand's power sector serves as a model for how proactive stakeholder engagement can help energy developers design smart social and environmental programs. Experience in New Zealand's geothermal sector shows that community engagement helps to avoid costly legal suits, project delays and protests while creating shared value among utilities and tribal groups.

A Model for Community Engagement in East Africa

In the course of a year, USEA, through Power Africa, is supporting four exchange missions among KenGen senior leadership, Maasai representatives and their New Zealand counterparts. During the first exchange mission to New Zealand, Kenyan representatives toured the Ohaaki geothermal station, a model site that combines power generation with flood mitigation infrastructure, a sacred thermal pool, and an internship program that opens career pathways for Maori youth in the energy sector.

The terms of the project were negotiated over six months and enshrined in a mitigation agreement between Contact Energy and Ngati Tahu, the local Maori land owners. The agreement outlines steps Contact Energy would take to remedy existing consequences of geothermal development on the land, and efforts to minimize similar effects in the future. During the second exchange visit, New Zealand representatives toured the KenGen-supported RAPland community, a resettlement project with newly constructed homes, an elementary school and a health clinic. 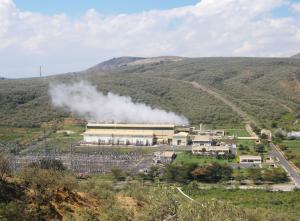 As a result of dialogue during the visit, KenGen is now considering incorporating shared land ownership arrangements with the local Maasai communities. By the end of the exchange, KenGen plans to emerge with a state-of-the-art community engagement program that draws on New Zealand's successes.

Over the next fifteen years, KenGen plans to more than double the total production at Olkaria, as well as develop new geothermal resources outside of Olkaria. KenGen's emerging leadership in community engagement and its commitment to partner with tribal groups at the initial stages of project development, will ensure the viability and cost-effectiveness of these investments.

The one hundred seventy megawatt Olkaria V plant is expected to be commissioned in early 2019, and new geothermal prospects are underway at Eburru Lake and Magadi.

In the long run, having a strong stakeholder engagement program in place will enable KenGen to meet its corporate goals while maintaining mutually beneficial relationships with affected communities. 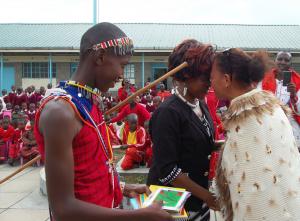 A young Maasai (left) and the headmistress of the KenGen-supported Olkaria School in RAPland (middle) perform a hongi (Maori greeting) with Dotty Raroa, Trustee of Ngati Tahu’s Tahorakuri A1 Sec 1 (Ohaaki) Papakainga 338 Maori Reservation Trust in New Zealand. Embracing tribal rituals and traditions is a cornerstone of strong community engagement.

Because of the Kenya-New Zealand exchange facilitated by Power Africa and the U.S. Energy Association, KenGen leadership now acknowledges that community engagement is actually good for a utility's bottom line. It is not a charitable practice, or just an exercise in corporate social responsibility. Instead, early engagement with affected communities helps utilities deliver low-cost power projects by reducing delays caused by community objections and litigation.

Historically, some management and staff considered Maasai and local populations to be adversaries or groups that stand in the way of project progress. More recently, KenGen leadership has shifted its mindset and now approaches the affected communities as partners.

The value of this unique professional exchange is encapsulated in the words of Joshua Choge, KenGen's Chairman of the Board. "The relationship we have with the communities will continue defining the growth and operations of our company."

"Contact Energy, our counterpart in New Zealand, has a global success story working harmoniously with the local Maori community over the years. We want to understand how they have done it and use this experience to improve the way we work with our communities in a win-win partnership."

Lead image: With a geothermal power plant in the background, a group of Maasai women perform a traditional dance in Kenya’s Hell’s Gate National Park. The park is located in the Olkaria geothermal resource area, where the Kenya Electricity Generating Company (KenGen) operates over 500 MW of geothermal power generation.