Rob Gramlich is founder and president of Grid Strategies LLC, a consultancy committed to improving the integration and delivery of clean energy sources into the U.S. electric grid.

The blow-up over DOE Secretary Perry's memo requesting the grid study about reliability and resilience was unsurprising, if you consider that it was the first and almost the only statement about federal electricity policy in the first six months of a new administration.1 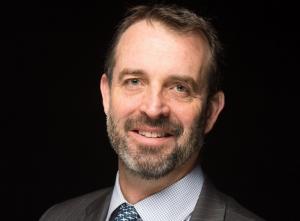 At that point in April there had been no FERC appointments, almost no new appointees at DOE, and no statements beyond campaign comments on saving coal jobs. The Secretary's strong language and concurrent comments about possibly pre-empting state policy both spoke loudly and, if combined with FERC's authority, carried a big stick.

Now, in the fall of the first year, we have The Staff Report to the Secretary on Electricity Markets and Reliability (Grid Study). And we have a public record of the views of four new FERC commissioners, so we can read actual words as well as tea leaves about federal electricity policy direction.

The general thrust can be summarized as facts do matter, coal and nuclear plants have a special place, competition and fuel neutrality aren't dead yet, infrastructure and innovation policy are TBD, and states can proceed in making resource choices.

Surprisingly to some, the DOE grid study was chock-full of well-researched facts and footnotes to thoroughly performed studies. The analysis carefully supported its conclusions on issues such as the primary role of low natural gas prices in harming the prospects of coal and nuclear plants.

The report noted that on the controversial issue of negative prices often attributed to wind energy, they "have had almost no impact on annual average day-ahead or real-time wholesale electricity prices," and are caused by non-renewable sources as well as renewables.

In evaluating the reliability impacts of renewable energy, it acknowledged, reluctantly or not, the reliability services offered by modern renewable generators.2 It described baseload as a description of how certain power plants used to be run, not as an immutable or essential characteristic.

These are widely accepted facts in the industry, so the significance was not in the information but in having the new political team state facts that may not support the policy direction many expected. One hopes this sets a tone of fact-driven honest analysis going forward.

At FERC, there were similar indications from the confirmation hearing of Chairman-to-be Kevin McIntyre. Mr. McIntyre took a very non-political and careful legal approach in answering Senators' questions. He committed to carefully reviewing the record of the storage proposed rule and he stated that states clearly have the right to pass renewable portfolio standards. FERC is a place where facts and law reign supreme and the early indications are of a new team sticking with that tradition.

Coal and Nuclear Plants Have a Special Place

While the DOE grid study authors' heads seemed to be in one place based on the facts and analysis, their hearts seemed to be in another. The study stated, "Society places value on attributes of electricity provision beyond those compensated by the current design of the wholesale market." The study also stated that, "The continued closure of traditional baseload power plants calls for a comprehensive strategy for long-term reliability and resilience," and raised concerns about economic pressure on revenues for traditional baseload plants. Without any tie to the report's analysis, the study also recommended mitigating negative offers.

At FERC, newly appointed Chairman Chatterjee stated in a FERC podcast, "I believe baseload power should be recognized as an essential part of the fuel mix. I believe that generation, including our existing coal and nuclear fleet, needs to be properly compensated to recognize the value they provide to the system."

Many electricity policy makers who support retention of coal and nuclear plants also oppose bailouts and subsidies. One can see a tension between these interests in the DOE report, in the statements of FERC commissioners, and comments from Members of Congress, particularly on the Republican side.

For all the pro-baseload language in the DOE report, there is also language about competition and fuel neutrality: "...Require valuation of new and existing [Essential Reliability Services] by creating fuel-neutral markets and/or regulatory mechanisms that compensate grid participants for services that are necessary to support reliable grid operations."

Competition may carry the day at DOE, if one judges from Secretary Perry's experience in Texas where they relied on markets through thick and thin, since they were put in place. His long-serving appointed Commissioner Donna Nelson, a political conservative, said, "You protect competition, you don't protect individual competitors."

Notably, DOE did not choose to exercise its Section 202c authority to keep power plants open. It has been reported that there were direct conversations with President Trump about doing that, and that the President was supportive.

What really matters is where the FERC commissioners come down on support for baseload plants. Officially FERC can simply ignore the study if it so chooses. The report is non-binding and provides no new information that wasn't already being considered in FERC-overseen processes.

FERC Chairman-to-be McIntyre stated in his confirmation hearing that it was not FERC's job to choose fuels. So, there is hope that a truly level playing field could emerge as the Commission evaluates what services are needed for reliability and resilience.

The thing is, Congress recently required these same activities through the FAST Act so there isn't really anything new. There is no statement about resolving conflicts between states for interstate transmission, for example, which is the main permitting problem for transmission. And there has been no comment about where the new FERC might go on regional and inter-regional planning and cost allocation, which have been shown over the last decade to have a tremendous impact on getting transmission built.

Similarly, the new team has been quiet on grid innovation and technology. As that is DOE's bread and butter, one expects it to be a highlight of any report. It was not. There are many ways transmission delivery can be improved over existing lines. That will be very important as remote low-cost sources continue to be desired by customers, given the difficulty and cost of new lines.

For example, dynamic line ratings and power flow control, which have been advanced by DOE, are awaiting policy signals for utility deployment. One positive indication is Commissioner Powelson's emphasis on innovation when he was president of NARUC. If he chooses to continue with that focus there will be much he can do at FERC.

Without any federal carbon policy in the foreseeable future, there is great interest in many states in utilizing their long-standing authority over generation resource choices. Kevin McIntyre stated clearly in his confirmation hearing that states can pass renewable portfolio standards. The DOE grid study did not suggest any pre-emption, contrary to what some expected after Perry's public comments in April.

As long as states do not set wholesale rates or pass policies that manipulate wholesale markets, per the line drawn in the Supreme Court's Hughes v. Talen case, they should be in the clear. How far FERC goes in adjusting wholesale power rates to shield market participants from the effects of those policies, however, will be an important policy to watch.

1. This essay was written before the Secretary of Energy issued a letter to FERC under Section 403 on September 29, 2017 seeking greater compensation for coal and nuclear plants. That almost unprecedented action would have sweeping impacts on all organized markets.