Author Bio:
Steve Mitnick is Editor-in-Chief of Public Utilities Fortnightly and author of the book “Lines Down: How We Pay, Use, Value Grid Electricity Amid the Storm.”
Pedro Pizarro is CEO, Edison International.
PUF 2.0 - November 15, 2017

PUF's Steve Mitnick: Tell me what excites you about EPRI's Efficient Electrification initiative. 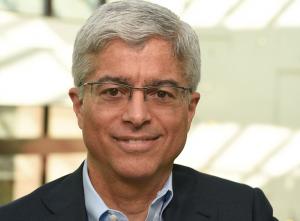 Pedro Pizarro: For the past year or so, a working group of the EPRI board that I'm chairing has focused on efficient electrification.

As always, the heavy lifting is done by the amazing staff there, with Arshad Mansoor and Rob Chapman leading the effort.

EPRI approached this from their usual fantastic technology-based, research-based approach.

They started by asking, how do you think about benefits versus costs, when it comes to adopting different electrification technologies? It really started with analytics.

Clearly, in California a lot is being driven by the environmental benefits of greenhouse gas reduction, but there are other issues too. EPRI is looking at this cost-benefit analysis at a national and global level. It includes a lot of important things on the benefits side: first and foremost, economics.

Can you reduce costs? Can you make manufacturing processes more efficient by using electric technologies? What about environmental costs? Are there pollutant reductions, greenhouse gas reductions? What's the value of those?

Water ends up being another big one because the water-energy nexus manifests itself in several of the technologies; they help reduce water use.

We started by developing the framework. We're going to be deep diving now, on a region-by-region basis, to give us some data points on how big this could be and how valuable it could ultimately be for customers.

Their initial work suggests that if you look at the national level, with an endpoint of 2050, you could see adoption of electric technologies above the usual base case. That could lead to reducing carbon dioxide emissions across the country thirty percent. That means increasing the electric load about thirty percent.

One of the biggest drivers for that will be electrifying transportation, particularly on the passenger vehicle side. The EPRI staff also see improvements in buildings and improvements in different industrial processes.

You could also have heat pumps, electric water heaters, or electric technologies for indoor agriculture, which have outstanding water reduction benefits as well.

From our vantage point, we see that efficient electrification is going to play a tremendous role. California is continuing to march towards a forty percent greenhouse gas reduction by 2030.

We believe that this is not just about California. Technology is creating some real economic opportunities for customers around the country and around the globe.

PUF's Steve Mitnick: With those benefits, what's holding us back? Do still more technologies have to be developed? Is it public policy?

Pedro Pizarro: I think it's a collection of things. First, some of these technologies are mature, and some are still climbing up the maturity curve. I don't think they made any big leaps of faith in their analysis, but they include reasonable improvement in the technology cycle in several areas.

One other factor is, what's the customer understanding of that potential benefit? I think there's a natural education process as folks get their arms around these technologies.

Two other areas of work can answer your question of what's getting in the way, or how do you help catalyze electrification.

EPRI is looking at the pipeline of some early stage technologies to determine what's expected in terms of their maturation rate and their adoption rate.

They're also looking at how EPRI plays a role in really stimulating research and development collaboration on a global basis.

The idea is how do you start interconnecting potential customers, the technology developers, and the roles utilities and regulators are going to play.

PUF's Steve Mitnick: What does this say about the future role of the utility? Does it change what we do, what Edison looks like ten, fifteen or twenty years from now?

Pedro Pizarro: Yes. I'm going to try to provide both an Edison perspective and a broader national perspective. At a national level, and even a global level, as customers increasingly adopt efficient electrification technologies it reinforces the need for a very robust and modernized grid. A lot of the infrastructure built after World War II continues to age.

We must deploy capital in a smart, efficient way to maintain those grids, to strengthen them, and to modernize them.

From an Edison perspective, if you looked at our current rate case request it's about both continued reinvestment in our grid and a pretty significant investment in modernizing the grid.

It's accelerating the upgrading of older circuits so that they can come up to modern higher voltage standards. I think that's point one.

Point two, utilities will have to help educate customers, help accelerate and enable the deployment of the technologies.

I think there are states where regulators, especially in the vertically integrated states, will call on utilities to play a much deeper role. There will be states like ours where the regulators want to see a different kind of balance between the natural role of the utility and the important role of third parties competing in open markets.

California likes to see more third parties competing, whereas in vertically integrated jurisdictions, you see utilities deploy more of that within their own grids.

When it comes to efficient electrification, one of the earliest examples will be the role of the utility in deploying vehicle charging infrastructure. Edison has some very progressive proposals for helping stimulate the charging market.

We're piloting one now for helping support chargers for passenger vehicles. We have just filed a similar proposal for charging heavy duty vehicles.

We're going to be doing the work and rate-basing the upgrades on the customer side of the meter, up to and including the plug that goes in to the charger. We're treating the charger as an appliance that connects to the grid and is owned by the customer.

We had good support from the charging companies because we had that balanced approach. Some of our peers have proposals in which they own the charger itself. I expect there will be a number of states where utilities may be doing that as well.

Look at passenger vehicles. We think that if you really build in all life-cycle costs, including the much-reduced maintenance costs you get with an all-electric vehicle, you get close to parity with gasoline engines.

I'm not sure if consumers understand that. That's a role the utility can play, as a trusted advisor in the deployment of these technologies.

From an Edison perspective, we also see an opportunity to help large commercial and industrial customers that are likely to be early adopters of new technologies. We're using Edison Energy as a platform to provide advice to large customers as they make these choices. I think there's an opportunity for us to serve there as well.