PUF's Steve Mitnick: What does a board member do? 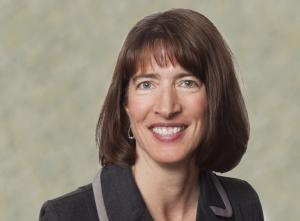 Sheryl Carter: EPRI's board has six external, or nonutility, members. Since EPRI is a public interest organization and a nonprofit, they have included external board members to provide diverse perspectives.

PUF's Steve Mitnick: Can you say a little about what your involvement is? What you are looking to accomplish?

Sheryl Carter: Like EPRI, NRDC has been looking at how we transform the entire energy system, not just the electric sector. We recently laid out a pathway to how we could do that.

It's called "America's Clean Energy Frontier, The Pathways to a Safer Climate Future," and electrification figures prominently in that. The U.S. can meet its 2050 goals for greenhouse gas reductions primarily through energy efficiency, renewables, electric vehicles and decarbonized buildings with existing technologies.

Clean and efficient electrification is playing a very big role. NRDC came up with numbers separately, but they are very similar to EPRI's. We see ourselves needing to go from the twenty percent of the U.S. economy that is electrified today to about forty-five percent in 2050.

Whether that number is precisely forty-five percent or something in between, it is clear we will need a significant increase. This means we need to modernize the grid. The electric industry will be very important in that transformation.

PUF's Steve Mitnick: Is it possible to move from twenty percent to forty-five percent?

Sheryl Carter: It is very achievable, but it is going to require a lot of work and a lot of support from policymakers going forward. We are looking at the regional, state and local levels for that support.

PUF's Steve Mitnick: It sounds like other leaders, regulators, and maybe the public need to be involved. What is their role?

Sheryl Carter: Making a transformation of this magnitude is going to require a lot of infrastructure change.

We could do it with technologies that are mostly commercialized today, but their performance and costs need continued improvement. But we don't see any real barriers on the technology side.

The industry is changing quite a bit now anyway, but for it to go in this direction, we need policies that are supportive. For example, when we look at electrifying buildings, the first thing we are looking at is leveling the playing field.

We need fuel-neutral comparisons of technologies, when it comes to energy efficiency programs and building codes and standards.

In terms of electric vehicles, charging infrastructure is one of the biggest road blocks right now. That is something that electric utilities can facilitate and help invest in, to accelerate the market for electric vehicles.

PUF's Steve Mitnick: Are you saying there are some policies, zoning and building standards that are biased against electrification?

Sheryl Carter: In some cases, yes. I don't think a lot of policy makers and a lot of people out there are aware of how much these technologies have changed.

The end uses for electricity overall have become much more efficient. Technologies such as electric heat pumps and electric vehicles are commercially available and becoming much more affordable.

The other thing is, the grid is getting cleaner and is on a trajectory to becoming even more so.

PUF's Steve Mitnick: What can EPRI do, and what can NRDC do to push this along and maybe even accelerate it?

Sheryl Carter: We are working to make sure that what the policymakers support is the cleanest, most efficient and cost-effective alternative. That is essential for us.

We are also working with utilities. Technologies that emit fewer pollutants, including greenhouse gases, and that are much more efficient, mean the customers are going to use less energy and pay less.

Working with utilities, EPRI can continue doing what they do best, which is research, development, and demonstration of these technologies. There are certain technologies that need even more work, like heat pumps for space heating.

PUF's Steve Mitnick: All this wouldn't be possible, if we hadn't made major strides in energy efficiency in recent years. Isn't that a big part of the equation?

Sheryl Carter: It's huge. When I first started working in the energy sector, more than twenty-five years ago, we in the environmental community weren't too keen on electrification. That was because it was much less efficient and dirtier than natural gas end uses, for example. That is what has changed over the last couple of decades.

PUF's Steve Mitnick: What are the big impact areas of electrification that you really pay attention to?

Sheryl Carter: In the building sector, I would say heat pumps are the biggest piece. About ninety percent of the thermal uses in buildings can be replaced with heat pumps.

That's a big one for buildings, both residential and commercial buildings. On the transportation side, electric vehicles, passenger vehicles are the big focus. But I really think, even though the total emissions are less, the freight area and trucks and buses have a lot of potential as well.

One reason we should really be looking at that goes beyond just reducing greenhouse gas emissions. They can make a big difference in disadvantaged communities by reducing diesel fuel use and the local air emissions that cause serious health problems.

PUF's Steve Mitnick: People like me may think, "Okay, electric cars, that's doable." But those long-haul trucks, they are so big, you could never have them running off batteries.

Sheryl Carter: Long-haul trucking is much harder to tackle. We are probably looking at some other kind of renewable fuel: sustainable biomass or synthetic fuels made from renewables. But ports offer a good example of where heavy-duty transport can be electrified - a confined area, with short distances.

Europe is looking at putting infrastructure along frequently traveled highways that freight companies can use to run electrified trucks. That is probably a little further out and still limited.

PUF's Steve Mitnick: Let's look out into the future. How about 2030? Are we going to have some discernible progress by 2030?

Sheryl Carter: Because the technologies are here today, certainly for passenger vehicles and for the heat pumps in buildings, we are going to see a lot of progress. The one challenging thing, other than the policy, is infrastructure. Charging infrastructure for electric vehicles is a key challenge.

But also, making sure we don't build too much new natural gas infrastructure, for example, where we might create stranded investments. Planning is going to be important. What kind of a transformation do we want to see and how are we going to manage it? Those are the big questions.