A strategic blueprint for the way forward

PUF's Steve Mitnick: Tell me what gets you excited about EPRI's Efficient Electrification initiative. 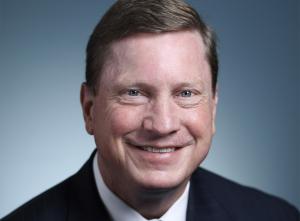 Tom Fanning: I think the potential demise of the electric utility industry has been way overstated. In fact, I view the electrification initiative as a strategic blueprint for the way forward for electricity use in America.

It has so many advantages: economic, environmental, and operational. It's going to be good for customers, good for the economy, and good for the utility industry.

PUF's Steve Mitnick: Will it make a substantial difference in American society and the economy?

Tom Fanning: I certainly think it offers the opportunity to do that. We've already demonstrated enormous advantages in electrification in the Southeast. For example, when you fly through Hartsfield-Jackson International Airport in Atlanta, you will notice that all the ground equipment at the new 40-gate international air travel complex is electric.

When you look at the Georgia Ports Authority in Savannah, we've lowered their operating costs and eliminated using more than 4.5 million gallons of diesel per year by converting ship-to-shore cranes and refrigerated cargo racks to electric equipment.

When you look at the Port of Mobile, Alabama, where we electrified a six-month dredging project, EPRI estimates we avoided more than twenty-eight tons of emissions per day. There are enormous economic benefits, environmental benefits, and huge productivity benefits. It's a better operation using electricity.

If you think about the next layer of things to come, when you think of driverless vehicles, and a sharing economy, more and more of the future is going to be driven by electric transportation.

PUF's Steve Mitnick: What's holding us back? Is it technology? People doing things the old way?

Tom Fanning: Yes, to some extent, it's cultural norms. Those are hard to overcome. Being a Tesla owner myself, when I go fill up my other car with gasoline, I feel kind of dirty, to be honest with you.

I really do like the qualitative attributes of electric transportation. Further, what we're seeing is a generation of people of a certain age and younger who are used to the idea.

They are much more likely to be early adopters of driverless vehicles and a transportation mindset that is centered much more on third parties such as Uber, Lyft, and others. My sense is, these are ideas whose time has come.

The other thing that's going to drive the adoption of this technology is operational improvement in energy storage technology. That will get better and better. As it does, the adoption rates will get higher and higher.

PUF's Steve Mitnick: Does this, in turn, change the role of the utility in society?

Tom Fanning: It certainly has the potential to do so. More efficient use of energy is a driver for the economy. It presents a global, competitive environment for the U.S., and it offers significant advantages in terms of price, efficiency, and environmental impact. We think it will accelerate our move to these kinds of technology, and it will help everyone.

PUF's Steve Mitnick: How are you working to accelerate this?

Tom Fanning: Southern is the only utility in the U.S. today that has robust, proprietary research and development. Our approach has always been that we will attempt to positively influence an uncertain future. We could be just a taker of whatever the future provides us, on the other hand.

But I think it's much better for our customers, and much better for our shareholders, for us to have a direct influence and have that uncertain future unfold the way we want it to. So, we want to play offense relentlessly as this marketplace emerges.

PUF's Steve Mitnick: What's the timeline? Are we going to notice some big changes in which a percentage of the economy is electrified in ten years? In twenty years?

Tom Fanning: Yes. The best guess of that is to look at what Ford and some of the other big auto manufacturers are saying. I would expect to see enormous production increases, and as a result, tremendous market penetration by 2022.

If you want to see a precursor to that, look no further than China. China will drive a lot of the production and demand going forward. In many cases, the barriers here in the U.S. are not only cultural norms but also adoption of standardized technology.

China may lead the way. My sense is that we'll catch up quickly.

PUF's Steve Mitnick: What should the rest of us be doing?

Tom Fanning: Let's just think about it. EPRI projects that electricity could see its total load grow probably thirty percent between 2015 and 2050, and at the same time, non-electric carbon dioxide emissions could fall by forty percent.

U.S. policymakers should enact consistent policy that will enable, not inhibit, a good kind of market development. My sense is that the U.S. moves to a low-to-no carbon dioxide generation portfolio by 2050, and electrification will be a strong contributor to that.

When you think about the positive trade-offs, both in the economy and in the environment, created by a transition from fossil-based fuels such as oil and gasoline to electricity, we should see enormous national benefits emerge. My sense is we will see regulations that are supportive.

You will see infrastructure developed. We should see states adopt constructive policies that enable electric utilities to participate in the development of, for example, charging infrastructure.

PUF's Steve Mitnick: What you're saying is, as electricity becomes cleaner it becomes something that we'll want to use across society as much as possible. To substitute for fuel combustion at the point of use.

Tom Fanning: You've got it. That's it.

PUF's Steve Mitnick: How do you inspire your workers to support this enthusiastically?

Tom Fanning: I've often used an expression that any idiot will jump off a burning platform. The real point of leadership is to mobilize the team to move before we have to.

That is centered on the principle of playing offense relentlessly. We need to influence positive future outcomes, for our customers, for the environment, for our nation, for our employees. These things are a series of win-win propositions that we can help drive and influence.