EPRI Senior Technical Executive Dr. Tom Reddoch talks about the efficiency of electrifying at the point of end use. 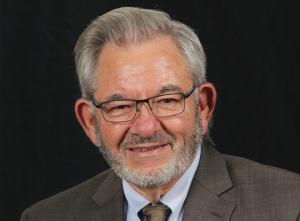 PUF's Steve Mitnick: Describe our progress in energy efficiency over the past 10 years.

Second, we see electric technologies being widely adopted. Today, when we look at how flat the growth of electric loads is, energy efficiency is probably the single largest underpinning effort.

We've wrung out many inefficiencies in the system. Some say, "Wow, with this lack of load growth, what will electric utilities do?" This suggests, going forward, that electricity is a great energy choice.

My answer to that is, "Actually, as we've made the use of electricity more efficient, it becomes an increasingly valuable asset."

PUF's Steve Mitnick: What if someone says, "We're probably about as efficient as we're going to be?"

Tom Reddoch: I don't buy that. When we set out to make lighting more efficient, we made the move to compact florescent lighting, or CFLs, which use about a quarter of the electricity that incandescents burn. And then along came LEDs. LEDs use about 15-20% of the amount of electricity of an incandescent bulb, for the same light. Moreover, LEDs have longer life, more color options, and they avoid the mercury that is associated with CFLs.

Tom Reddoch: Without a doubt. Today, for all fixed lighting, whether we're talking about in a building or in a home, we wire infrastructure with twelve-gauge wire. When we had incandescent lighting, the wires had to support large current levels. Going forward, we will put in lighter gauge wire that may not even require an electrician to install.

PUF's Steve Mitnick: Sometimes if you say electrification, people say, "Oh, yeah, a Tesla, or a Prius." But you're working more broadly.

Tom Reddoch: We look at taking any end-use and powering it with electricity. Our lead technology for residential heating is the heat pump, for space and water. A lot of water is heated by burning natural gas or propane at the point of use. But we are looking to electrify more of that with heat pumps. A heat pump is much more efficient.

From the customer perspective, the costs of operation for the electric heat pump and the gas water heaters, respectively, are about the same for typical fuel costs. However, the heat pump uses less energy and has a smaller impact on the environment.

It's what EPRI is pointing to with the Integrated Energy Network, which is to use all our energy resources in the most efficient way with the least impact on the environment. Integrated approaches can result in greater total efficiency.