A New Face For PBR

William Zarakas is the head of The Brattle Group’s Retail Energy Practice. He analyzes the utility business models and regulatory frameworks that are compatible with the Utility of the Future ecosystem. He also works on the economic and financial aspects of investments in grid modernization and resilience, and the impacts of distributed energy resources on utility operational and financial performance.

Fortnightly Magazine - December 2017
This full article is only accessible by current license holders. Please login to view the full content.
Don't have a license yet? Click here to sign up for Public Utilities Fortnightly, and gain access to the entire Fortnightly article database online.

Performance based regulation, or PBR, is a widely used and well understood term within the regulatory lexicon, so it is not very difficult to agree on its working definition. In general, PBR refers to a regulatory mechanism or approach that induces utilities to improve their performance through the application of financial incentives, rewards, or disincentives, penalties. However, it has been more challenging to find agreement on the scope of PBR. 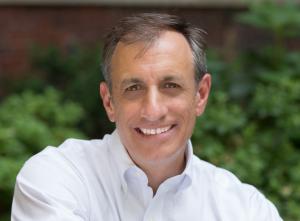 The most widely applied PBR plans are designed around a utility's overall financial performance with respect to areas of its operations, such as reliability. Over time, these PBR applications have taken on a variety of forms and combinations that have contributed to higher levels of utility operating efficiencies. They have also become nearly synonymous with PBR frameworks.

Going forward, policymakers and regulators are looking for utilities to take on new initiatives and directions that move the industry in a new and disruptive direction. This raises the question as to whether the PBR mechanisms that are prevalent today are up to the task of motivating utilities to move into a Utility of the Future environment.

The incentives to control costs that are the core of most of the PBRs in place today do little to move the Utility of the Future agenda forward, and may actually be antithetical to it. Getting there will require expanding what is included in the performance part of PBR.