Reducing Threats to the Utility Industry

Brien Sheahan was appointed Chairman of the Illinois Commerce Commission by Gov. Bruce Rauner and will serve a five-year term. He was Counsel to Governor Rauner’s Transition Committee beginning in November 2014. Prior to that he worked as Director of Government Relations for Navistar from 2012 to 2014 and was General Counsel for the Illinois Republican Party from 2007 to 2012. Sheahan also served as a member of the DuPage County Board for ten years.

Dominic Saebeler is the first Director of the ICC’s Office of Cyber Security and Risk Management, focusing on cybersecurity awareness, best practice adoption and assessment of industry capabilities and levels of preparedness. Dominic’s 25+ year career has focused on the intersection of policy, security, technology, and law. In addition to various GC and C-level positions at the State of Illinois, Dominic worked in private sector roles as an attorney and consultant, including seven years at the former Ameritech (now part of AT&T).

Meagan M. Pagels is currently a Special Assistant to Cholly Smith, Executive Director of the Illinois Commerce Commission (ICC) and formerly served as Legal and Policy Advisor to Chairman Brien Sheahan. Meagan received her undergraduate degrees in Justice Studies and Sociology from Arizona State University and her J.D. from DePaul University College of Law.

Wei Chen Lin is currently Special Assistant to the Executive Director of the Illinois Commerce Commission and primarily works with the Office of Cybersecurity and Risk Management; he was formerly Legal and Policy Advisor to Chairman Brien Sheahan. Prior to receiving his J.D. from DePaul University College of Law, Wei Chen graduated from DePaul University with a B.S. in Information Assurance and Security Engineering.

Fortnightly Magazine - December 2017
This full article is only accessible by current license holders. Please login to view the full content.
Don't have a license yet? Click here to sign up for Public Utilities Fortnightly, and gain access to the entire Fortnightly article database online.

In pursuit of economies of scale, convenience, and other efficiencies, utility operations across all sectors are becoming more connected. Some estimates put the total number of Internet-addressable devices within the next decade at a hundred billion, with a large percentage of the grid becoming networked with integrated communications. As a result, greater vigilance by utilities, their vendors, and regulators will be required to limit the risk of threats originating from all parts of the supply chain. 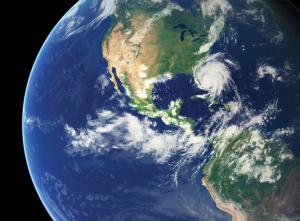 The rapid expansion of the Internet of Things, including utility infrastructure combined with the international procurement of components and software, creates new challenges for ensuring the cybersecurity of equipment and systems. Regulators need to understand the vulnerabilities associated with global supply chains for mission-critical information and operational technologies, and ensure that utilities enforce risk mitigation practices throughout their operations.

In response to the proliferation of the Internet of Things, any supply chain management plan must proactively address and measure cyber supply chain risk.