FERC Gets It Right on DOE NOPR

With its order on January 8, 2018, the Federal Energy Regulatory Commission quieted the firestorm sparked by the Notice of Proposed Rulemaking initiated by the Department of Energy in Docket No. RM18-1. We believe that FERC got it exactly right. The Commissioners were right in concluding that the NOPR presumed a remedy for a problem that had yet to be fully defined, and right to terminate the NOPR, given the time frame imposed by DOE. 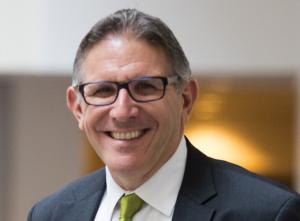 The DOE NOPR attempted to address a complex and only vaguely-defined challenge by promoting a narrow set of resources. There is, we believe, a legitimate concern regarding grid resilience in the face of the nation’s changing generation resource mix. But there are many potential measures that would enhance resilience, and FERC was right to focus first on defining the issue on a regional basis, and only then to move toward solutions.

FERC’s approach reflects the position taken by the Large Public Power Council (LPPC) in comments we filed with FERC on the NOPR. We were heartened by the Commission’s consensus in the matter.

LPPC comprises twenty-six of the nation’s largest municipal electric utilities committed to achieving the optimal balance of reliability, affordability and environmental stewardship. LPPC members operate in thirteen states and all regions of the country other than the upper-Midwest. They focus on regional or local solutions with a full appreciation of fuel and resource availability, and local governance preferences regarding economic development and the environment, and strongly support the regional approach taken in FERC’s approach.

What’s Next at FERC?

Without presuming a remedy, FERC directed RTOs/ISOs within sixty days to address a series of questions, with these aims: (1) to develop a common understanding among the Commission, industry, and others of what resilience of the bulk power system means and requires; (2) to understand how each RTO and ISO assesses resilience in its geographic footprint; and (3) to use this information to evaluate whether additional Commission action regarding resilience is appropriate at this time. This is all for the good. 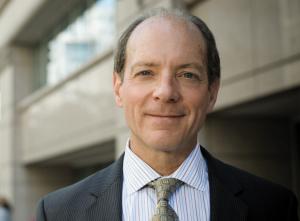 Jonathan Schneider: The Commission has a history of working with state and municipal authorities when the jurisdictional line cannot be so clearly drawn.

Helping focus the coming discussion, FERC appropriately took the further step of offering a broad definition of resilience, following the lead of the National Infrastructure Advisory Council: “The ability to withstand and reduce the magnitude and/or duration of disruptive events, which includes the capability to anticipate, absorb, adapt to, and/or rapidly recover from such an event.” FERC invites initial comments on this proposal from the RTOs/ISOs, and responsive comments from interested parties.

This broad definition makes sense. But it also leaves room for debate on a variety of important topics, including the nature and magnitude of the risks against which the grid can reasonably guard and from which plans can be made to recover; the criteria against which resilience of the grid can be measured; and the list of system and resource attributes useful in contributing to a more resilient grid.

From a national perspective, it’s fair to say that the nation’s changing generation mix poses a challenge with respect to the provision of essential reliability services. And while FERC was right in concluding the problem is not imminent, the statistics show that it’s not insignificant either. This was pretty clearly established by NERC’s May 2017 Reliability Assessment and the DOE Staff Report of August 2017, upon which the DOE NOPR relied, making the point that the retirements of large centrally-located facilities pose a challenge to the grid.

But the NERC and DOE studies also make it clear that the situation is very different in different parts of the nation. These substantially different circumstances reflect, among other things: varied generation portfolios around the nation, including substantial difference in the prevalence of intermittent resources; differences in the availability of transmission, firm natural gas transportation and fuel resource options; and varied projections of the availability of fuel-secure generating stations.

For all of these reasons, FERC’s regional focus is appropriate. The focus is also consistent with the experience of LPPC’s varied membership, operating in some states with an abundance of hydro-electric or renewable resources, and some with an abundance of coal or natural gas. These fuel and resource realities drive investment, portfolio designs and ultimately, the aforementioned balance. Likewise, resilience is a regional matter, since the risks from varied weather conditions, infrastructure, supply flexibility and geography all contribute to very different options to address resilience.

The upcoming discussion will no doubt include a debate over the appropriate roles exercised by FERC, state and municipal authorities, and NERC. As to FERC, while there may be an academic question regarding the scope of its authority, it seems pretty clear as a practical matter that the Commission must consider the implications for grid resilience of its rate and regulatory decisions. The Federal Power Act calls for FERC to ensure that transmission and wholesale sales rates are just and reasonable, and while the scope of FERC’s authority to regulate practices affecting such rates is not unlimited, the direct effect that economic regulation has on the reliability and resilience of the grid seems pretty well within FERC’s wheelhouse.

That said, state and municipal authorities also have an important role to play. FERC does not have authority over generation siting, and states that have not unbundled generation, or moved to retail access, maintain authority over generation resource adequacy. Even where FERC’s authority is clearest (unbundled states), it is appropriate and wise for FERC to defer to state and locally-based resource choices, as we discuss below. State-based Renewable Portfolio Standards, and other incentives offered to certain generating resources, though under attack in certain quarters, also reflect legitimate state and local choices to which FERC should defer as it reviews individual RTO/ISO responses to the inquiries framed in the new docket.

The Commission has a history of working hand-in-hand with state and municipal authorities when the jurisdictional line cannot be so clearly drawn, and we believe its decision-making is most durable when it does so. The approach taken in Order No. 1000 is very much on point. There, the Commission recognized that transmission planning subject to its oversight must reflect state and local policy choices regarding the nature and location of generating resources.

What role NERC should play in all of this is a little less clear. The Commission notes that most commenters on the NOPR distinguished between reliability and resilience. Under section 215 of the Federal Power Act, NERC’s authority extends only to the former. NERC may have a role here, but we urge both NERC and FERC to proceed carefully. Mandatory standards in this area can become quite expensive very quickly, especially without a consensus regarding resilience metrics.

What Should FERC Do?

Based on DOE Staff’s and NERC’s 2017 Assessments reflecting medium to long-term resource issues that should be addressed, it’s safe to assume that FERC’s inquiry will not soon be at an end. In the coming discussion, we hope FERC will be open to suggestions for restructuring capacity markets (remuneration for fixed cost investment in generation) with an eye to ensuring: (1) that they elicit needed investment; and (2) that they provide room for state and local governments to accomplish legitimate policy objectives.

Over the past several years, FERC has been criticized (and as recently as the December 2017 General Accounting Office Report on Electricity Markets), for sending money to the generation sector without being sure that it elicited needed investment. In regions where states have had utilities divest generation and moved to a retail access environment, we don’t doubt that finding a way to assure fixed cost recovery and secure new investment in generation is important.

But the efficacy of existing capacity markets is not clear. Shorter-term (one to three-year) capacity markets may provide an additional revenue source for existing generators, but they appear not to drive new investment decisions, nor investment in infrastructure (long-term firm pipeline transportation capacity for natural gas supplies comes to mind). And to the extent these markets exclude capacity that is self-supplied and funded, a valuable source of long-term investment is discouraged.

As to each of these components, EPRI suggests the development of supply resilience metrics reflecting desired performance characteristics. Where it is determined that specific resilience attributes are not being met or adequately incentivized, new market or cost-based mechanisms may be considered.

As the Commission sifts through these available tools, we strongly urge it to provide room for state-supported resource choices and incentives that it can build upon, rather than curtail, as some have advocated. In an environment in which the federal government has substantially backed away from environmental regulation, and certainly any form of carbon control, the importance of state-supported resources looms particularly large for many states. There is no good reason to shut these programs down.

DOE reports that twenty-nine states have adopted Renewable Portfolio Standards, and a number of regions have adopted carbon control and trading measures, as part of which the provision of renewable energy credits and zero emission credits, such as those adopted in New York and Illinois.

In adopting these policies, state policymakers are responding to the interests of their electorate and, in many cases, furthering other state objectives regarding economic development or the environment. LPPC has supported local and regional autonomy on resource decisions on the basis that resource mandates and incentives often create economic distortion and undermine the benefits of a well-constructed resource portfolio. There is nonetheless clearly a role for the federal government to support emerging technologies though research and development work helping to commercialize new and promising technologies.

To date, state-based programs have withstood legal challenges, rested on the arguments that federal law – the Federal Power Act – and the United States Constitution call for preemption and invalidation.

Nonetheless, challenges are being advanced at FERC asking the Commission to act affirmatively to offset the impact of any state-based support for specific generating resources. We urge FERC to reject these challenges, except in cases where state-based programs are expressly designed to alter wholesale market prices.

This distinction is supported by the Supreme Court’s recent decision in Hughes v. Talen Energy Marketing, 136 S.Ct. 1288 (2016). There, the Court invalidated a state-based program “tethered” to generation participation in the FERC regulated wholesale market, and designed to drive prices down. But the Court specifically stated that it was not acting to invalidate other measures states “might employ to encourage development of new or clean generation, including tax incentives, land grants, direct subsidies and construction of state-owned generation facilities.” This approach is consistent with cooperative federalism and need not conflict with FERC’s oversight of wholesale markets.

FERC’s unanimous approach to the DOE NOPR builds upon a history of bipartisan decision-making. This is an excellent precedent for the newly-formed Commission. There are clearly challenges ahead, but we believe the Commission will be well-guided by shouldering its responsibility to ensure that markets support a resilient and reliable grid, while accommodating state-based policy and regional differences and other markets that exist outside of their full authority.

The diversity of the national electric sector is a source of strength, since it provides competitive benchmarks that would be lost in a one-size-fits-all market structure. It also reduces reliability risks as a result of regional infrastructure, fuel and connectivity differences.

We look forward to participating in this important conversation going forward and commend FERC for creating a forum for careful consideration of the input to be provided by market operators and the industry as a whole. Any resulting actions can only benefit from a thorough investigation and understanding of the problem.